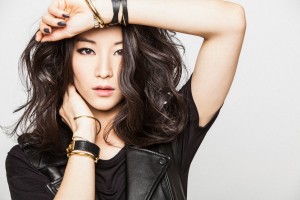 I always get excited when a new season of Teen Wolf is about to begin. Iâ€™ve enjoyed watching Scott become a true alpha and getting to know all the members of his pack. Itâ€™s even better that this is a pack of Scottâ€™s choosing: no one can join unless theyâ€™ve earned their place. If youâ€™re in Scottâ€™s pack, you know that you can count on any one of its members to have your back in a fight or during a life crisis.

When Arden Choâ€™s Kira Yukimura was introduced, I wasnâ€™t sure what to expect. I knew she was coming onto the show as a possible love interest for Tyler Poseyâ€™s Scott McCall. But as a huge fan of Scott and Allison, I wasnâ€™t sure how Iâ€™d react. It turns out Arden was â€œa huge Scott and Allison fanâ€ as well. But when Kira was introduced, it was â€œa different kind of relationship,â€ she tells me. In fact, when Arden first heard about the role, “a lot was unknown toâ€ her. She tells me she didnâ€™t â€œknow if Kira was good or bad. I didnâ€™t know what they had planned for her. All I knew was that she was new and that she might have some supernatural powerâ€ and that â€œshe was going to be going through something that Scott might be able to help with,” she explains.

This season, it seems like Kiraâ€™s kitsune abilities might get her into some trouble. Arden teases, â€œThis season thereâ€™s definitely something going on with Kira and her power.â€ She hints that â€œmaybe it has something to do with her trickster spirit.â€ But more than that, Kiraâ€™s â€œnot really sure whatâ€™s happening.â€ She adds that itâ€™s â€œhard to comprehend, so weâ€™ll definitely see her struggling with understanding the fullness of her powers and possibly having trouble controlling it.â€

How will this affect her relationships on the show? Arden tells me that she, Lydia and Malia â€œhave been through so much. Theyâ€™re the only ones who fully understand whatâ€™s happening.â€ She goes on to talk about the special bond Kira has with Lydia. â€œThe thing I love about the relationship, too, between Lydia and Kira is that theyâ€™re so different and their strengths are incredibly different, but together they really compliment each other very well,â€ she explains.

She also tells me, â€œworking with Tylerâ€™s great. Heâ€™s a good number 1 and keeps the whole set very chill.â€ She adds that â€œeveryone has different ideas for whatâ€™s next,â€ in terms of what’s in store for them beyond senior year, but sometimes sheâ€™s surprised theyâ€™re actually going to graduate. She jokes, â€œIn my opinion, none of these guys have time to go to school with all the stuff happening. I mean, come on. When do they ever have time to do their homework and study?â€ She thinks maybe â€œthey should all fail senior year and do it again.â€ Well, that would be one way to keep this pack together. 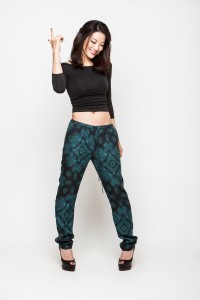 Away from acting, Arden is very involved in the arts. Sheâ€™s â€œnever been good with words or other forms of expression,â€ but â€œthe arts always helpedâ€ her with that. Other than acting, she also likes the creative outlet that working in fashion and music provides. In addition, she gives lectures to college kids around the country. Arden thinks they have so much to worry about that she wants to make sure theyâ€™re â€œreally enjoying that time and learning as muchâ€ as they can. â€œThereâ€™s so much opportunity there,â€ she explains, to â€œtry different things, join different clubs and learn different skill sets. A lot of what I talk about is not being afraid to go after something you love, whether you might think itâ€™s too late. Itâ€™s never really too late.â€

Arden got into fashion and acting after she graduated college and she still considers herself to be â€œlearning and growing. I donâ€™t think Iâ€™m quite there yet.â€ She likes to encourage these kids to â€œgo after their dreams and really make the most of it.â€ That applies to herself as well. You may have heard about her watch brand with Leonard & Church. She’s always loved collecting the high end accessory and explains that â€œthey wanted to create something different than the typical fashion watch.â€ She was â€œpretty involvedâ€ in the design and sheâ€™s â€œreally, really happy with the quality.â€

In talking about her passion for acting, music and fashion, I wondered how Arden finds inspiration for all these endeavors. “Acting gives me life and music is food for the soul and fashion has stretched my creative muscles. I love them all,â€ Arden explains. â€œI love Kira because sheâ€™s very strong and sheâ€™s very confident. She just goes for it. She doesnâ€™t care what people think. Sheâ€™s in that realm of strong, confident women.â€ Away from Teen Wolf, Arden would â€œlove to do more kick-ass stuff. Iâ€™d love to do action films, things that are edgier as well.â€

SeasonÂ 5A description, from MTV:

On the eve of Senior Year, Scott and his friends find themselves facing the possibility of a future without each other, a next phase of their lives that might take them in different directions despite their best intentions. Little do they know that outside forces are already plotting to break the pack apart long before they ever see graduation. New villains that use a combination of science and the supernatural for a malevolent and mysterious purpose that will eventually pit Scott and his friends against their greatest enemy yet.