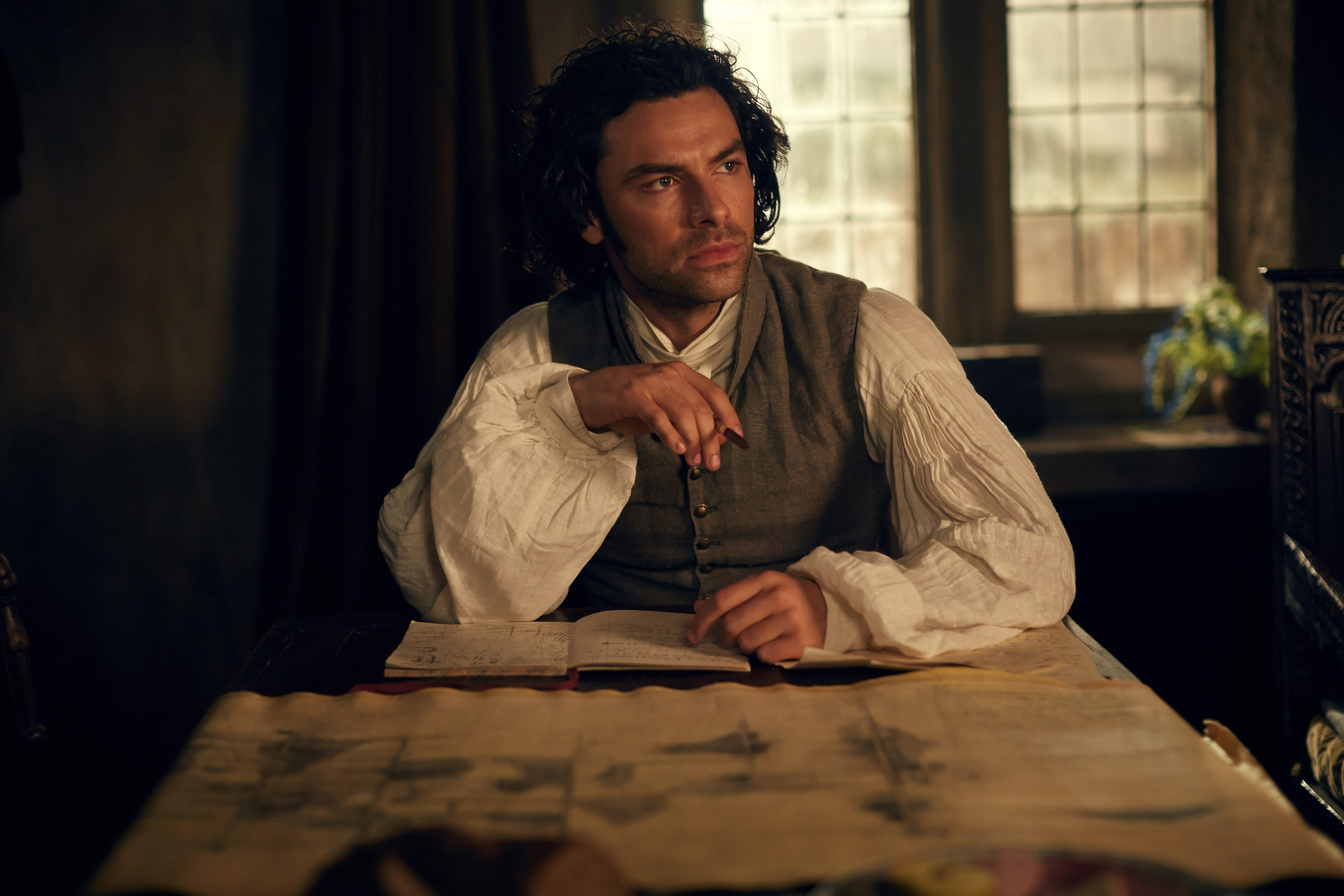 Photo Credit: (C) Robert Viglasky/Mammoth Screen for MASTERPIECE This image may be used only in the direct promotion of MASTERPIECE. No other rights are granted. All rights are reserved. Editorial use only

Determined to overcome all of the obstacles facing him, Ross (Aidan Turner) decides to remain in Cornwall and make a life for himself.

Troubled over another mine closure, Ross pays a visit to his Uncle Charles (Warren Clarke) and the two have a serious discussion.

Tired of playing servant to her Uncle and everyone else at Trenwith, VerityÂ (Ruby Bentall) asks Ross to escort her to a ball. When the two arrive, Verity meets Captain Andrew Blamey (Richard Harrington) – a man with a dark past. Meanwhile, all of the women have their sights set on our dashing hero, hoping to become Mrs. Ross Poldark. Of course, they are wasting their time.

Ross only has eyes for his lost love Elizabeth (Heida Reid) and even though sheâ€™s married to his cousin Francis (Kyler Soller), the two share an intimate dance, causing quite a stir.

Back at Nampara, Demelza (Eleanor Tomlinson) settles into her role as the kitchen-maid. Along with all of the other women in Cornwall, she also finds herself eying her Ross. In fact, we will all be taking a close look at him during this episode. If you are an Aidan Turner fan, you will not want to miss this one. Ladies, make sure you have your fan or air conditioning on.

The romance, drama and surprises are just beginning.

Penny Dreadful Preview: "And Hell Itself My Only Foe"