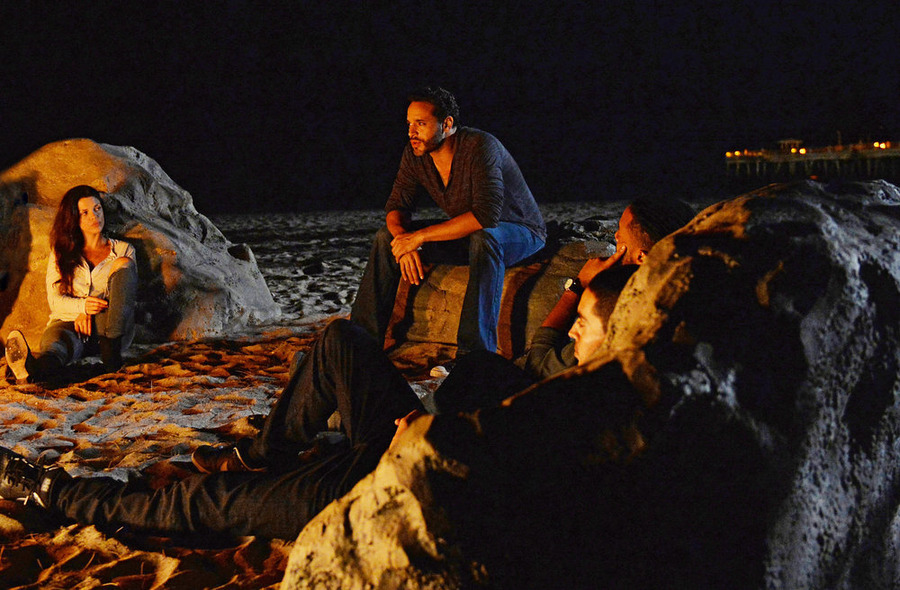 Synopsis for “B-Positive”: As the agents of Graceland strive to close out their ongoing cases and mend broken relationships, Briggs finds himself coerced into a high-risk undercover operation within the Armenian Mafia.

-The second season was filled with so much turmoil and betrayal. Plus, huge secrets were outed:

-The roommates all have their messes to deal withÂ in the premiere:

–The Wire and The Walking Dead star Lawrence Gilliard Jr. joins the show in a recurring role — he plays Special Agent in Charge Sean Logan and at least in this first episode, he mainly shares scenes with Daniel Sunjata. From the looks of it, these two aren’t going to be friends anytime soon.

The third season of Graceland gets underway tonight at 10/9c on USA Network.