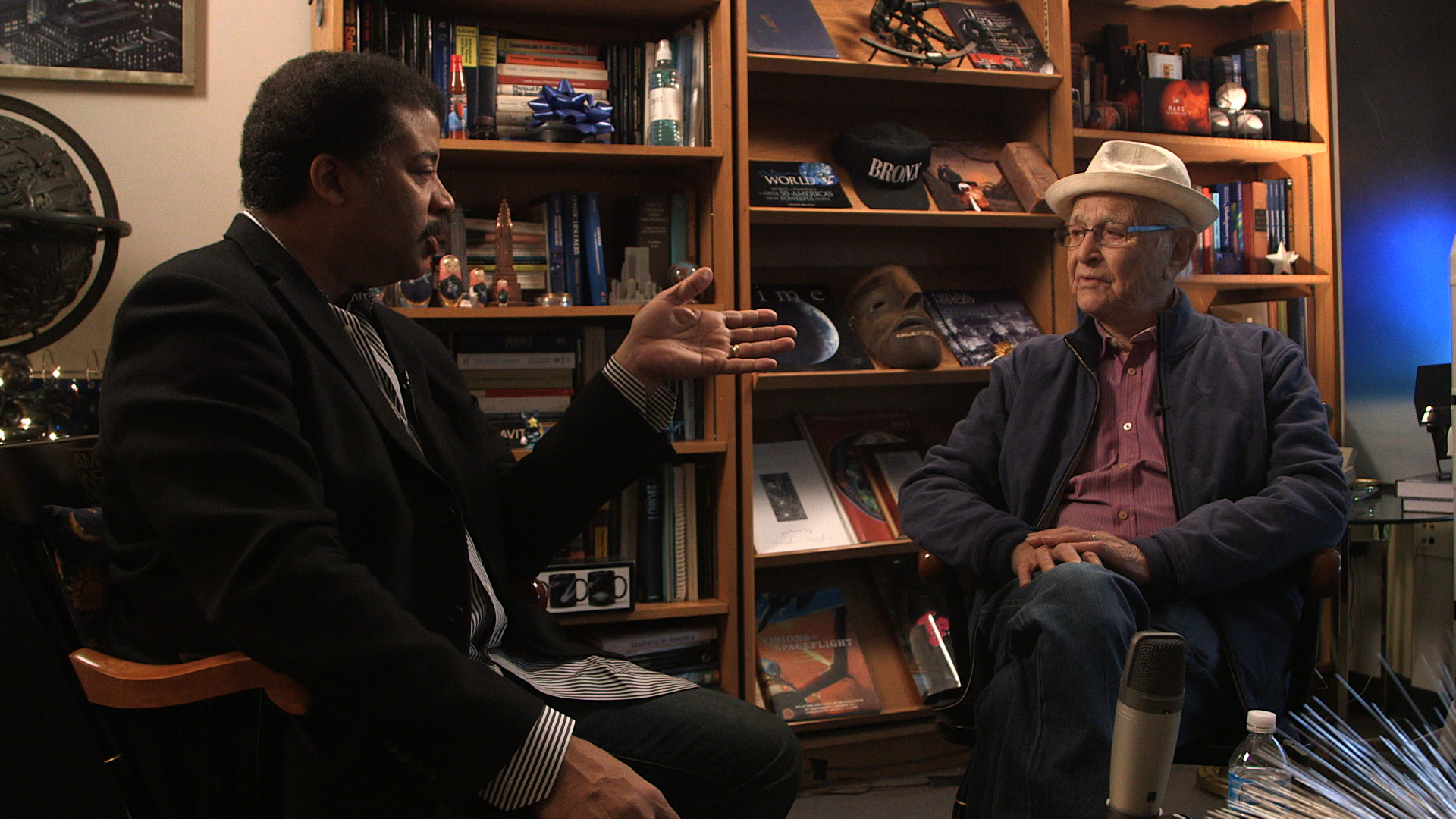 On tonight’s season finale of Star Talk with Neil deGrasse Tyson, the popular astrophysicistÂ sits down for a chat with legendary television producer, Norman Lear.

Actually, legendary doesn’t even seem a good enough word to perfectly describeÂ Lear and his impact on television. He’s responsible for a slew of iconic shows that featured equally iconic characters. HeÂ created some of the most provocative and hilarious TV shows to ever grace the small screen includingÂ All in the Family, The Jeffersons, Sanford and Son, Maude, Good Times and One Day at a Time.

LearÂ is the man when it comes to TV storytelling and this episode celebrates his life and career. deGrasse Tyson also digs deep with the 92 year old to talk about the universe, religion, politics, science and what he’s doing today. Intercut with clips from this interview, the scientistÂ and hisÂ panelists (Comedian Chuck Nice and Writer/Critic Saul Austerlitz)Â analyze Lear’s pioneering ways as well as the landscape of sitcoms today.Â Bonus points for an appearance from deGrasse Tyson’s pal, Bill Nye, who also weighs in on Lear and his contributions to television.

The fun and thought-provoking season one finale of Star Talk with Neil deGrasse Tyson premieres tonight at 11/10c on National Geographic Channel.