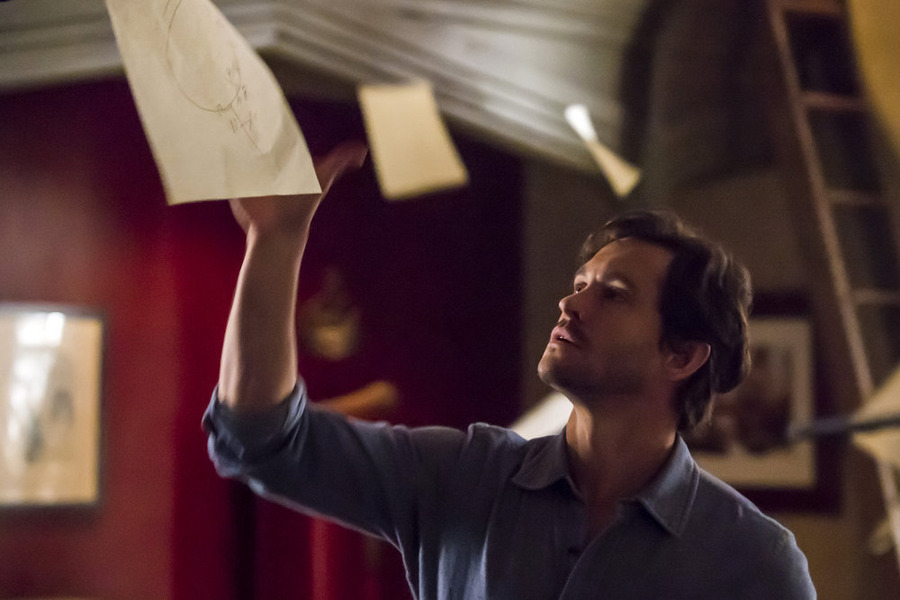 Another week, another gorgeous, cerebral episode ofÂ Hannibal. “Primavera,” brought us back to the night where Hannibal left everyone fighting for their lives. Instead of finding out what happened to Jack and Alana, this episode took us on Will’s journey since that fateful night.

Watching Hannibal gut Will and slit Abigail’s throat was as horrifying as it was the first time I watched it. Watching the dreamlike aftermath with the blood taking over the kitchen floor was reminiscent of the scene in last week’s episode where Bedelia slowly sunk toward nothingness. Watching Will sink into the red was stunning.

The writers are taking time unfolding the events that transpired since last season. With no mention of Jack and Alana’s conditions, we were left watching Will’s psychological state. When Abigail walked into Will’s hospital room, I was suspicious of her really being there. There was no way she survived that amount of blood loss.

Will’s hallucinations of Abigail put two thoughts in my head. The first being that he could be using the image of Abigail to work out his own feelings about Hannibal. Perhaps a part of his unconscious wanted to leave with Hannibal. Will was certainly captivated by Hannibal, but did he really consider joining him? My gut feeling…probably not. Will can see Hannibal for what he is. He’s no God, just someone who likes playing with other people’s destinies.

Will: “Hannibal’s not God. Wouldn’t have any fun being God. Defying God, that’s his idea of a good time.”

My second thought was that Will used the image of Abigail to hold onto the past. Abigail was never meant to live this way. Will held onto her as long as he could. He’s after Hannibal now, and she’s not supposed to be there alongside him. Will needed to let Abigail go in order to face Hannibal once more.

By the end of the episode, Will was walking through the catacombs calling out to Hannibal, knowing he was there. WillÂ declared that he forgave himÂ just as Hannibal had declared the same thing at the end of last season. Hannibal kept himself in the shadows, but it’s only a matter of time before they come face to face. By declaring his forgiveness, what does this say about Will? His motivations are still unclear at this point. We know he wants to find Hannibal, but there’s no telling what he plans to do once he does.

Let’s talk about Detective Pazzi. I’m definitely intrigued by him, and I hope he lives longer than a couple episodes. His involvement gives us more insight into Hannibal and his past. For Pazzi, Hannibal has always been Il Monstro (aka The Monster of Florence). Finding Hannibal would bring a sense of closure, but Will suggested he remove himself from the situation before he gets himself killed.

Will: â€œHeâ€™s going to kill you, you know? Iâ€™m usually right about these things.â€

Not much plot development happened, and I’m fine with that. TheÂ first two episodes back have been meditative. Once again, the imagery was awe inspiring. TheÂ molded flesh untwisting itself into a version of the stag (or possibly the Wendigo) was grotesque but I couldnâ€™t look away. That scene will definitely stay with me for a long time.

– Did Jack and Alana survive? If not, will they become hallucinations Will keeps around?

– Will Hannibal continue to leave his bleeding heart at various beautiful locations for Will to find?

– Can Will face Hannibal without giving into his darker side?

Check out a sneak peek of the next episode titled “Secondo.”

VICE Preview: "Enemies at the Gates" and "Global Jihad"