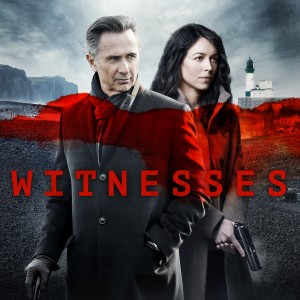 A literal phenomenon in France, Witnesses is aÂ mystery thriller that follows two very different cops: a young lead detective Sandra Winckler and Paul Maisonneuve, a formerly-retired Crime Squad legend. They’re both working around the clock to solve the mystery of a killer who is desecrating graves, then placing bodies in show homes. Many twists and turns reveal the truth of Paulâ€™s past and uncover theÂ  shadows of a man who will stop at nothing to gain his long-sought revenge. 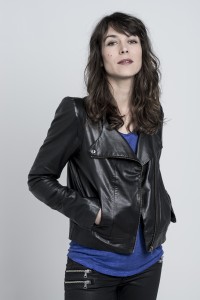 TV Goodness had the chance to speak to series lead Marie DompnierÂ on a press call last week. SheÂ gaveÂ us some great insight into her character, the complicatedÂ relationship between herself and her former mentor and what it was like to workÂ with French legend Thierry Lhermitte.

Can you explain why your character is described by co-workers as fragile? You seem very bold and daring.

MarieÂ Dompnier:Â “I agree with you. Sandra is driven, but this is a character whoâ€™s frightened. She wants to control everything, which is obviously impossible. What was very interesting for me to play was the paradox of being very anxious and never showing it to anyone.”

Sandra is such a great observer. It clearly makes her good at her job, but maybe not so good at life. She’s making great progress on the case, but it’s causing problems at home. Can you talk about that?

Marie: “When you are passionate about your job, it can be difficult to make it coexist with a fulfilling personal life. Being a cop means you donâ€™t have normal work hours. The real cops I met to prepare for the show all told me you need to be a strong couple in order to manage this job with your privacy.”

Thierry Lhermitte is an acting legend in France. What was it like to work with him?

Marie:Â “It was an amazing experience. Heâ€™s very kind and we got to really work together, which is great.”

Iâ€™m enjoying the relationship between Sandra and Paul. They clearly have a past we donâ€™t know about yet. Can you tell me whatâ€™s coming up for them?

Marie:Â “For Sandra to have to work for him again is a nightmare at the beginning of the series. She doesnâ€™t want to be with him. She doesnâ€™t like him, but she has to learn to [work] with him because the case is linked to his past.”

We learn that Paul’s accident was actually a suicide attempt and he’s carrying around a lot of guilt about his wife’s death. When are we going to find out more about that?

Marie: “As the series progresses, the story unfolds and you learn a little bit more about Paulâ€™s past each episode.”

Have you been renewed for a second season?

Marie: “Herve Hadmar, the director, and Marc Herpoux are writing season 2. There will be two deaths [in the new storyline].”

All 6 episodes of Witnesses are available on iTunes and Netflix now.