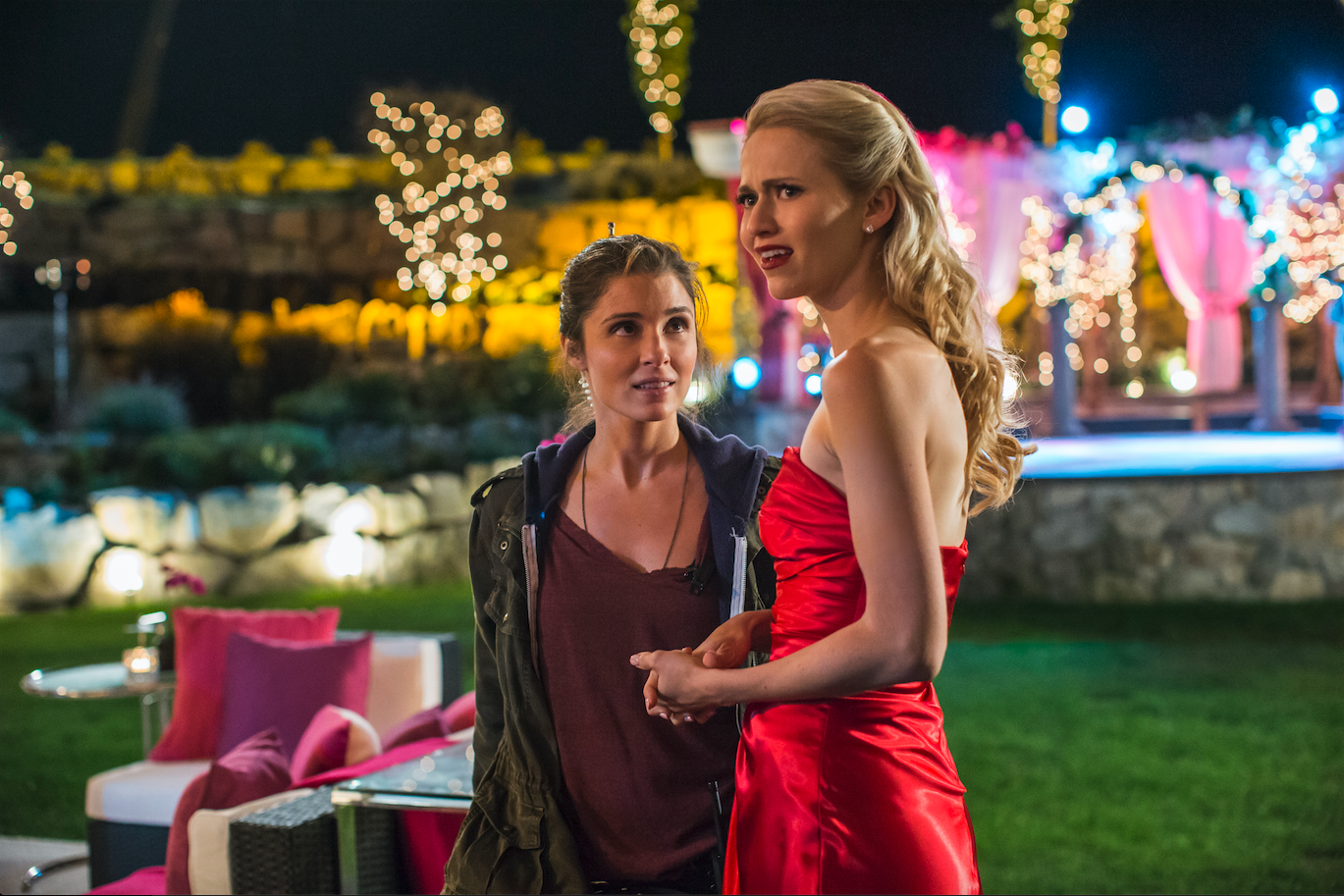 Now that Arielle’s Kebbel‘s Britney is gone, Everlasting — the fictional series at the heart of Lifetime’s UnREAL — needs a new villain. ASAP. Quinn demands it. So in the second episode of this look behind the scenes of a reality TV show, it’s all about finding out what happens when producers start hardcore scheming and stop being real. Look for things to turn even more manipulative…and vicious…and compelling. Making magic takes work, people. It helps when you can find a way to turn your back on your morals and ethics along the way.

Synopsis for “Relapse”: A family tragedy strikes one of the girls. Quinn continues pushing Â boundaries when she offers a cash bonus to Jay, Shia, or Rachel to create this seasonâ€™s villain out of the remaining girls. Rachelâ€™s old laptop falls into the wrong hands and threatens to expose intimate details of her past relationship with Jeremy.

Our MVP for “Relapse” is Johanna Brady’s Anna. Anna’s emotions are running at a high level. It’s about whether she can keep her composure, her sense of self and her dignity all the while dealing with her sudden family emergency. She’s also trying to figure out whether Adam is the guy for her. Brady pulls it all off fabulously.

The search for the next great reality TV villain is fascinating to watch. There are several puppet masters at play here. Who comes out on top? Do they actively turn off their conscience in order to get the upper hand? Or were they just born that way?

Things get worse for Rachel. She tackles a lot of different things in “Relapse,” including going up against her roommate (played by Eve Harlow, who’s appeared in The 100, Bitten and The Killing). While their issues present a hugeÂ problem, it isn’t herÂ only one. It’s easy to wonder how she can be so good at her job when she seems to want to keep hold of her soul. It feels like a losing battle right now.

Rachel and Jeremy share a past. Something major happens in their present. Not sure whether these two are completely over or whether we’re supposed to root for them to get back together. More evidence is needed.

Is it just us or does Rachel share a lot of chemistry with Adam the Suitor? Don’t know if this show would ever lean that way, but it’s just a thought. Shiri Appleby and Freddie Stroma are showin’ some early sparks. Anybody agree?

Quinn, Chet’s mistress, has an interesting interaction with Chet’s wife.

Watching UnREAL makes us wonder how realistic it is to the real life dating competition TV shows. Inquiring minds want to know.

Shallow TV Alert: Have we mentioned how hot Jeffrey Bowyer-Chapman is yet? No? Well consider it mentioned. Put him down as one of our Summer TV Crushes.

According to Deadline.com, Lifetime has made the first four episodes of UnREAL available and immediately binge-able online.

But if watching online isn’t your thing, then remember that UnREAL airs Monday nights at 10/9c on Lifetime.

5 Things You Need to Know about NBC's The Island