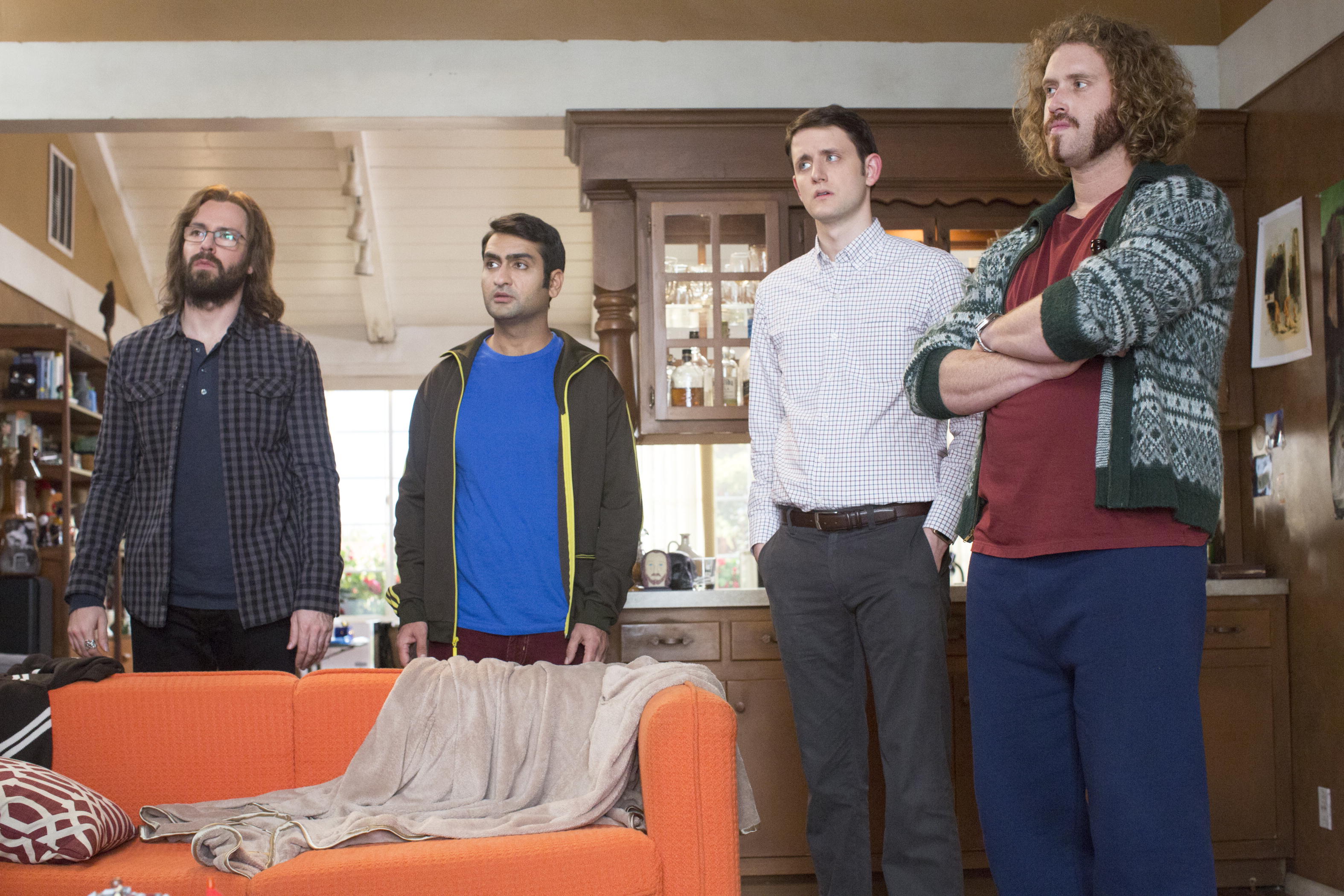 Last week, Richard had to come to terms with the fact that in some situations, he’s the one who has to wear the Black Hat. His mouthÂ got him into so much trouble regarding a certain ex-employee of EndFrame, that “piece of s–t,” Seth Lee. In the end, Seth didn’t inflict any damage. That on-again, off-again, on-again billionaire, Russ Hanneman did. His heavy bottle of Tres Comas Tequila caused the deletion of thousands of hours of Intersite footage. Disadvantage Pied Piper.

Meanwhile, Monica was outed…nope, not her sexuality, something much, much worse and much more insidious — her smoking habit. Erlich and an app pitching Jian Yang unwittingly revealed this vice that didn’t endear MonicaÂ to her coworkers. Erlich capitalized on Monica’s embarrassment and transformed Jian Yang’s app that would have been a pedophile’s dream into Smokation,Â an assetÂ forÂ anti-smokers everywhere. Erlich even referred to smokers as self-indulgent, self-destructive, negligent monsters. Too bad Jian couldn’t wait until he was out of the building to take a smoke break.

And finally, that weasel Gavin Belson — well aware Nucleus is no good — hatched yet another scheme. He decided he needed the perfectÂ scapegoat for all of his HooliÂ troubles: Dr. Davis Bannercheck (Patrick Fischler). He rehired the guy in hopes to pass the buck on to him when Nucleus goes bust. Thankfully, Bannercheck was smart enough not to stick around. Belson needs Pied Piper more than ever.

Hopefully things will start to go more smoothly for the boys. Yeah, in what world is that going to happen? There are only two episodes left in this stellar second season, including tonight’s episode, “Binding Arbitration.”

-Big Head tries to come through for Richard. He provesÂ he’s actually self-aware about his status. Who knew?

-Richard and Gavin try to outmaneuver each other with their attorneysÂ right by their sides. Yes, Richard has to sport the Black Hat again. Will he be successful? Or should we say, how spectacularly will it all go wrong?

–Ben Feldman once again guest starsÂ as Richard’s lawyer, Ron LaFlamme. With eachÂ appearance Feldman manages to makeÂ us like his character even more.

–Matt McCoy guest stars for the first time. He plays aÂ hot mess of a character who seeks redemption and a second chance. This brings him into the Pied Piper universe.

-The team needs to work together in order to fend off this Hooli lawsuit. Jared remains optimisticÂ and extremely positiveÂ while doing so.

-The condor egg livestream at the museum makes a comeback that will end up being a huge part of next week’s season two finale.

-Of course you can expect many twists and turns on the road to resolving this binding arbitration.

Congrats go out to the cast and crew of Silicon Valley — the show picked up Best Comedy Series at the recent Critics’ Choice Awards. T. J. Miller won for Best Supporting Actor in a Comedy Series. As for Martin Starr, we have the details on an upcoming guest star appearance for him.

Tune in to the penultimate episode of Silicon Valley tonight at 10/9c on HBO.