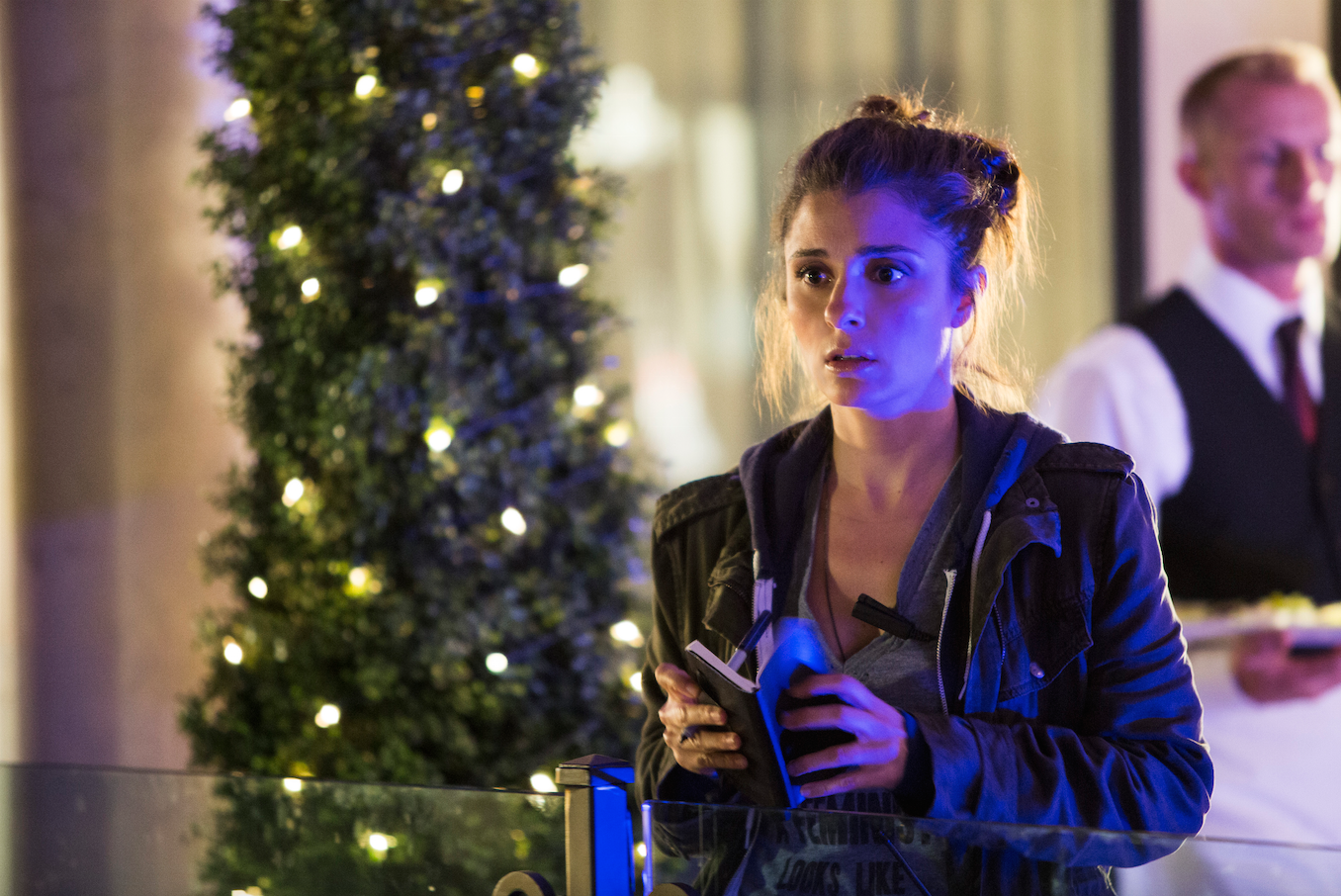 Lifetime’s UnREALÂ is a show we’ve been anticipating since the network introducedÂ itÂ at the Winter Press Tour back in January. The proof:

Currently at #TCA2015 watching everything @lifetimetv has to offer. By the way, their new show #Unreal starring @ShiriAppleby is SO GOOD.

So it shouldn’t come as a shock to learn that this summer, we’ll be watchingÂ this new series that deals with life behind the scenes of Everlasting, a reality dating competition show.

Official Lifetime Synopsis for the series premiere: Set against the backdrop of a fictional hit dating competition show, UnREAL is led by Rachel, a young staffer whose sole job is to manipulate her relationships with and among the contestants to get the vital dramatic and outrageous footage the programâ€™s dispassionate executive producer, Quinn King, demands. Â What ensues is a humorous, yet vexing, look at what happens in the world of unscripted television, where being a contestant can be vicious and producing it is a whole other reality.

Our Assessment No rose or other incentive needed here. We fell for UnREAL instantly. Get ready to see the good, the bad and especially the ugly of reality TV. We’re well aware that stuff goes on behind the scenes that never makes it to air. We imagine some of the drama that occurs off screen is even better and juicier than what ends up in the final cut. This brings all of that to life. Things start off light and fun. But then the melodrama easily slides into a place where the action can sometimes beÂ dark, uncomfortable and manipulative. UnREAL does a good job ofÂ conveying how soul sucking working or competing on one of these shows can seem to be. It’s a truly intense yet addictive experience. One that isn’t always easy to shake off once the episode’s over. These types of reality TV shows are often a train wreck waiting to happen. UnREAL captures that vibe so well.

Roswell and Life Unexpected star Shiri Appleby is our way into this strange universe. Yes, part of us wonders why Rachel continues to work on Everlasting. But at the same time, the producer’s so good at her job. Almost too good at her job. Every step of the way she seems conflicted about what she has to do. It’s not always easy to watch.

We would like to think that Quinn, the hyper Type A executive producer Constance Zimmer plays so well, is over the top but something tells us that’s not the complete truth. The roster of actresses playing women competing for the handsome Suitor is pretty great. Most notable: Arielle Kebbel from The Vampire Diaries and Ashley Scott from Dark Angel and Birds of Prey. Our favorite has to be Johanna Braddy (who plays Anna), who you might recognize as Mia from VH1’s Hit the Floor and Jordan from ABC Family’s Greek. The character we probably most feel for, however, is Breeda Wool‘s Faith — who is a complete fish out of water.

Other characters/actors to watch out for: Josh Kelly‘s Jeremy finds himself in an unenviable situation; Freddie Stroma‘s Adam turns out to be one of the most likable characters (although his flaws find their way to the surface as well). Jay (Jeffrey Bowyer-Chapman) and Shia (Aline Elasmar) are two of the more ambitious members of the production crew. Finally,Â Craig Bierko plays the slimy creator of Everlasting that manages to get slimier every time he shows up on set. It’s a gift, actually.

UnREAL is a Marti Noxon and Sarah Gertrude Shapiro co-creation. Noxon already has me watching her Bravo show, Girlfriends’ Guide to Divorce. Now she has me hooked on this new series that premieres tonight and airs Mondays on Lifetime at 10/9c.

Mysteries of the Castle: Beyond Downton Abbey [PHOTOS]