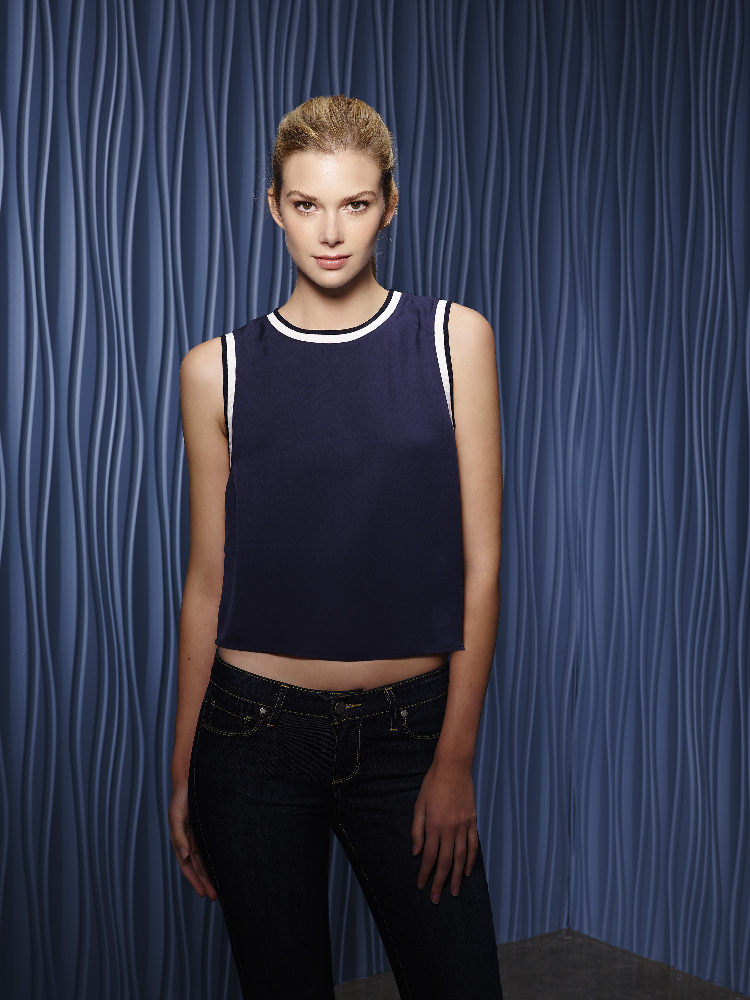 The summer TV season gets a little more thrillingÂ TuesdayÂ nightÂ with the new sci fi series, Stitchers. Billed as ABC Family’s first procedural drama, the show focuses on a woman named Kirsten Clark. She’s super intelligent butÂ socially distant. Turns out the grad student has somethingÂ called “temporal dysplasia,” a condition that affects how she connects emotionally with the people around her and, basically, how she handles everything life throws at her.

Things change instantlyÂ when Kirsten’s introduced toÂ a highly secretive government organization that utilizes an innovative way to solve crimes. Her mission — should she choose to accept it — is to dig deep into the final memories of victims who have recently died. This process is called “stitching.”

AÂ scientific team will help stitchÂ KirstenÂ into these memoriesÂ in order to investigate murdersÂ and get justice for those who desperately need it. Can sheÂ acceptÂ this brave new world andÂ deal with her mysteriousÂ past?

In our exclusive chat withÂ Emma IshtaÂ (Kirsten Clark),Â the actressÂ explainsÂ the challenges that come withÂ playing such a distinctÂ character; previewsÂ the significant relationships she feels will fascinate fans the most; and analyzesÂ Kirsten’s emotional journey over the course of the first season.

One thing you’ll find out right away is that because of her condition, Kirsten can be blunt to the point she upsets people. She doesn’t have the capacity to be sensitive toÂ someone else’s feelings.

For Ishta, there are challenges to playing a character that can piss a personÂ off in 1.2 seconds.

At the same time, there’s so much to admire about aÂ character who’s suddenly forced to adapt to newÂ peopleÂ and situations.

Emma: I love Kirsten because she is strong and unapologetic about herself and I think that we can all learn a little something from that. I think it’sÂ very important just to be yourself and be yourself wholly. And that’s what I love about her. She’s so intelligent and so fast as well.

As Kirsten continues to stitch into the fading memories of the victims, look for her toÂ evolve.Â Ishta’s excited about this emotional journey that she says will last the entire season.

Every aspect of her life will be affected. And we’re going to witnessÂ this progression.

Emma: Because of her condition, she actually cannot access her emotions in the beginning of the season. And when she goes into other people’s brains and reconnects with the neural pathways in her brain she experiences their emotions and experiences residual emotions so she’s able to build this whole emotional life. And I think what that does…it impacts on her relationships with the people that she works with, she’s able to more easily develop friendships or at least a rapport with people.Â I think also her relationships with Cameron (Kyle Harris, The Carrie Diaries) and Camille (Allison Scagliotti, Warehouse 13) also draws other things out of her that she may not have been able toÂ at the beginning of the season as well.

Ishta’s particularly excited toÂ play out Kirsten’s various relationships. First on the list is Cameron, a brilliant neuroscientist whoÂ is an integral force in this Stitchers program.

Emma:Â I think [their relationship]Â will play out in a different way than is initially expected right away. And I’m looking forward to people seeing their friendship blossom. They have such a fun banter and energy together.

One of the first relationships we see in the pilot is the one between Kirsten and her roommate/grad school rival, Camille.Â They don’t get along.

Emma:Â  I think the relationship between Kirsten and Camille is interesting. Their dynamic — they’re obviously two incredibly intelligent women. I think they really respect each other’s intelligence although they haven’t always gotten on in a day to day basis. So watching that is also fun.

Emma:Â Watching Kirsten and Maggie’s relationship unfold — there’s a lot of things that you find out through Maggie about Kirsten’s past and how the Stitchers program was developed and how these things are intertwined. And they have a very tense relationship. They don’t trust each other very much.

Ishta feels the show has a little bit of everything.

Emma: “It’s funny, it’s dramatic, it’s very character driven and I think everyone can watch it.Â It’s not just for kids. And it’s not just for adults. It’s a huge age group that it spans. There are strong female characters and we all need that — men and women alike — and it’s smart.”

Stitchers premieres Tuesday, June 2 at 9/8c on ABC Family. Â If you can’t wait that long, you can watch the premiere early. 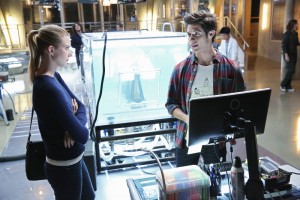 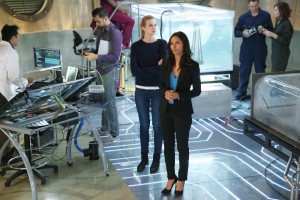 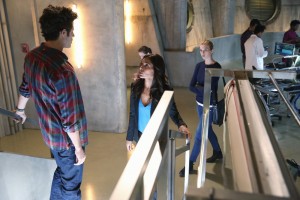 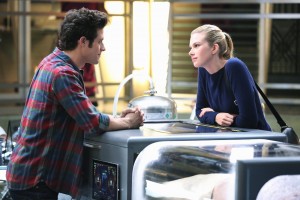 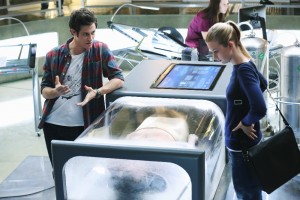 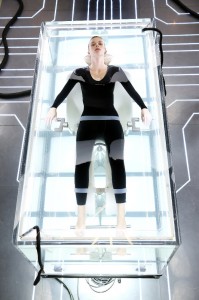 The Broads of Comedy Central’s “Broad City” Are Back