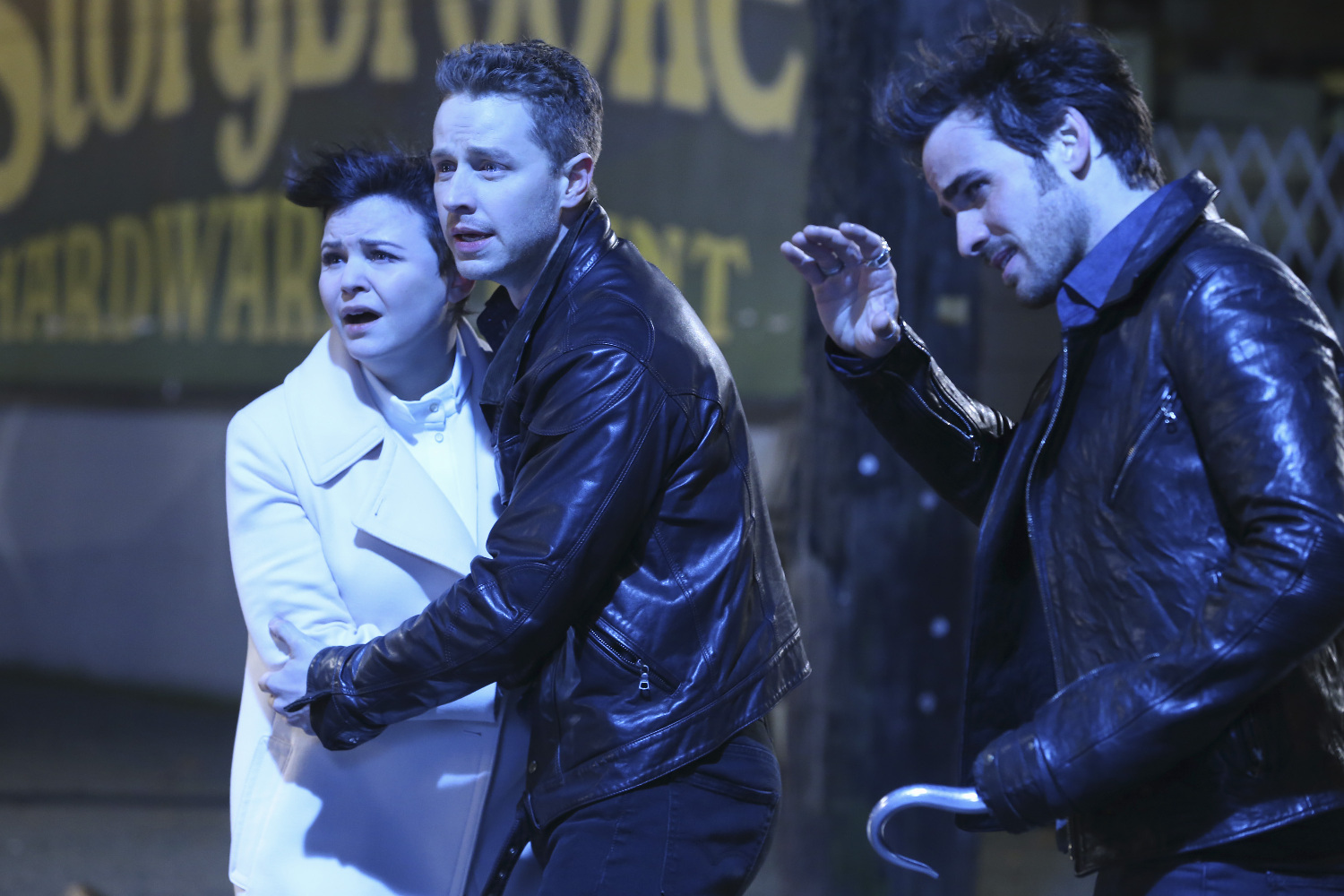 With so many characters to cover in two short hours, they do a wonderful job of showing glimpses of everyoneâ€™s alternate life without going too deep into any one story. We are left to fill in the missing pieces however we like, and no doubt there will be a profusion of Heroes and Villains fanfic over the hiatus. The writers give their best to polish off another season, and there are many gems embedded in the season finale.

Destiny.Â Henry has the blood of heroes running through his veins, and is champing at the bit to take his place beside them. This is expressed beautifully throughout this episode. He picks up the sword, testing out his grandfatherâ€™s legacy. No success. With Regina, he tries out his motherâ€™s talent for explaining and inspiring action, with limited results. Finally, he sees his own destiny in the Authorâ€™s quill, and accepts it without hesitation. Despite the trouble that Isaac had carrying the mantle of the Author, Henry seems comfortable with the role.

Legacy. Apparently the role of the Author is always filled from our world. Despite Isaac dressing like a resident of the Enchanted Forest, we learn that he is in fact a failed writer from our own backyard. Itâ€™s no coincidence that he received his summons in December of â€™66, because the previous Author, Walt Disney, died December 15 of that year. On a side note, how great was the set dressing in that showroom?!? Who wouldnâ€™t want that amazing Vibrasonik system with the hi-fi speaker surround? And â€œCOLORâ€ on the wall in bold primary diamonds? Brilliant. Must have been a fun day to be a set decorator.

Story Untold.Lilyâ€™s story has yet to be written, and it makes her an interesting and unique character. We can try and shoebox the others into their assigned roles, but Lily is a wild card in this story. Despite carrying a double-dose of darkness, she grew up in a world without magic and without the simplified dichotomy of â€œgood versus evilâ€. She has an opportunity to choose her own destiny now. She can choose the relatively simple road and embrace the dragon, spending her future in a war against Emma, or she can choose to trust their childhood friendship and make the choice to strive for balance. Will she opt to walk the line between her darker impulses and her desire for love, family and happiness? Her request for Emma to help find her birth father suggests that she will.

Once a Villainâ€¦Even in this utopia for villains, Zelena canâ€™t help being herself. Without knowing that Regina is really her sister, Zelena still reacts with envy at the attention Regina receives. Is Zelena an irredeemable character? Regina has been making a genuine effort to change, while Zelena continues to try to procure happiness at the expense of others.

…Enter the Hero —Regina shows true heroics when she opts to save Henry rather than attempt a happy ending with Robin. Itâ€™s nice to know that the events within the book are remembered by all, because this memory may give her strength in the future if she is tempted to return to her evil ways. Although it still feels very odd to be rooting for the Evil Queen to earn a happy ending, I proudly wear the â€œlong live Reginaâ€ pin.

Truth.Â Rumple finally speaks the truth to Belle, and explains the true source of all his troubles. He has never believed that he could be loved. Everything he tried to build with her has been sabotaged by his own insecurities. It begs the question though â€“ is he capable of returning her love? Belle clearly loves him, despite everything. If she had kissed him would his heart have been healed, Grinch-style? Grown three sizes? Turned from black to red? Whatâ€™s the good of True Loveâ€™s Kiss if it wouldnâ€™t save him?

The Sorcerer.Â Merlin was hinted at with the use of the round table. The Sword in the Stone is a Disney property, so it makes sense that the Sorcerer would turn out to be Merlin. Since he has been missing for millennia and is presumed to be trapped somewhere well hidden, we can assume he wonâ€™t be easy to find. Particularly now that Emma and her skill for finding lost people will be off the table for the foreseeable future. Hopefully itâ€™s not an impossible task though, I still want to find out if the Sorcerer is Lilyâ€™s father. Merlin could shape-shift, so itâ€™s not much of a stretch to imagine.

Emma Swan.Emma, looking FABULOUS in that blue vest, does a great job of providing support without stepping on toes. Within the book, itâ€™s Regina and Henryâ€™s moment to shine. It isnâ€™t until theyâ€™re back in the real world that she steps up and shows her true heroism. Sacrifice is the theme of the week and Emma choosing to tether the evil of the Dark One to herself is a true sacrifice. It will be interesting to see how she handles the darkness. Will the light Emma be eclipsed? Will it fall to Lily to protect Storybrooke from the Black Swan?

Once Upon a Time will be back for a fifth season.

The Vampire Diaries “Into the Wild”