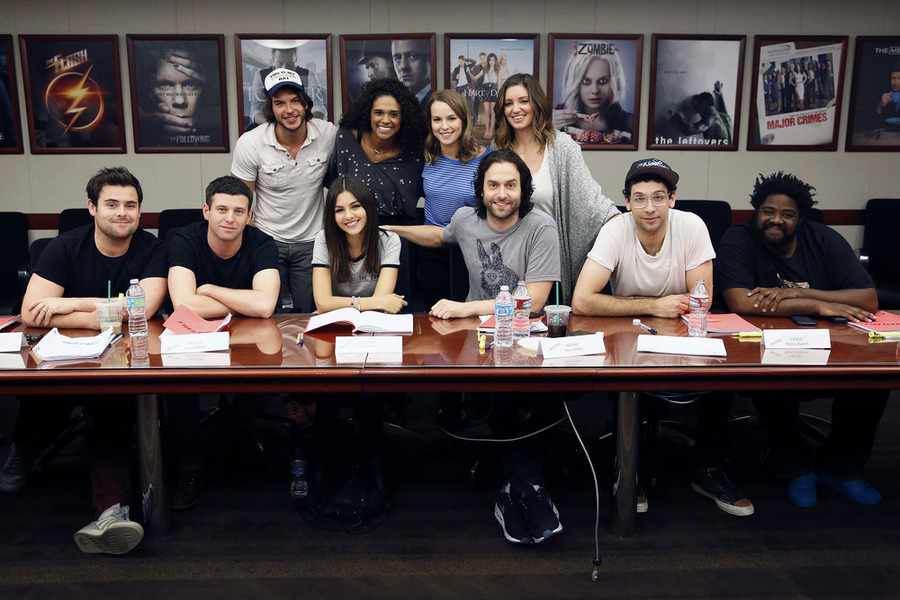 Don’t know about you guys but we’re enjoying seeing the tweets leading up to tonight’s special live 1-hour episode of the NBC comedy, Undateable.

Tune into #UndateableLive tonight when I throw away the script half way thru to let you know who’s really running the country! #Illuminate â€” Ronald Funches (@RonFunches) May 5, 2015

Yes, the cast of Undateable is going big tonight. They will performÂ live twice — on the East and West Coasts. And they’re counting on some friends to help out. Creator Bill Lawrence is engineering a Scrubs reunion in the form of guest stars from his late great series including Zach Braff, Donald Faison, Neil Flynn and Christa Miller (who’s also his real life wife). Also joining the fun are Scott Foley (Scandal) Kate Walsh (Grey’s Anatomy, Private Practice), Victoria Justice (from Victorious and MTV’s recently canceled series, Eye Candy) and Dr. Drew Pinskey.

Plus, NBC touted a surprise Grammy-winning musical guest and now we know exactly who it is: Ed Sheeran.

randomly, i’m gonna be on #UndateableLive tonight for my dude @VDOOZER, should be fun, tune in. lots of fun to be had

We’re wondering who else might headÂ to “Detroit” for the evening. Apparently there are “Others We Can’t Name” according to the official press release.

#UndateableLive I am challenging WHOLE cast to LIVE TWEET during Live show. A first. @RonFunches@chrisdelia@bridgitmendler@MissKajlich…

They can handle it, right? The special 1-hour episode of NBC’s Undateable goes live tonight at 9ET/PT. The hashtag to use on Twitter is: #UndateableLive.

VICE Preview: North Korea’s “Show of Force” and the Diaspora’s “Return to Somalia”