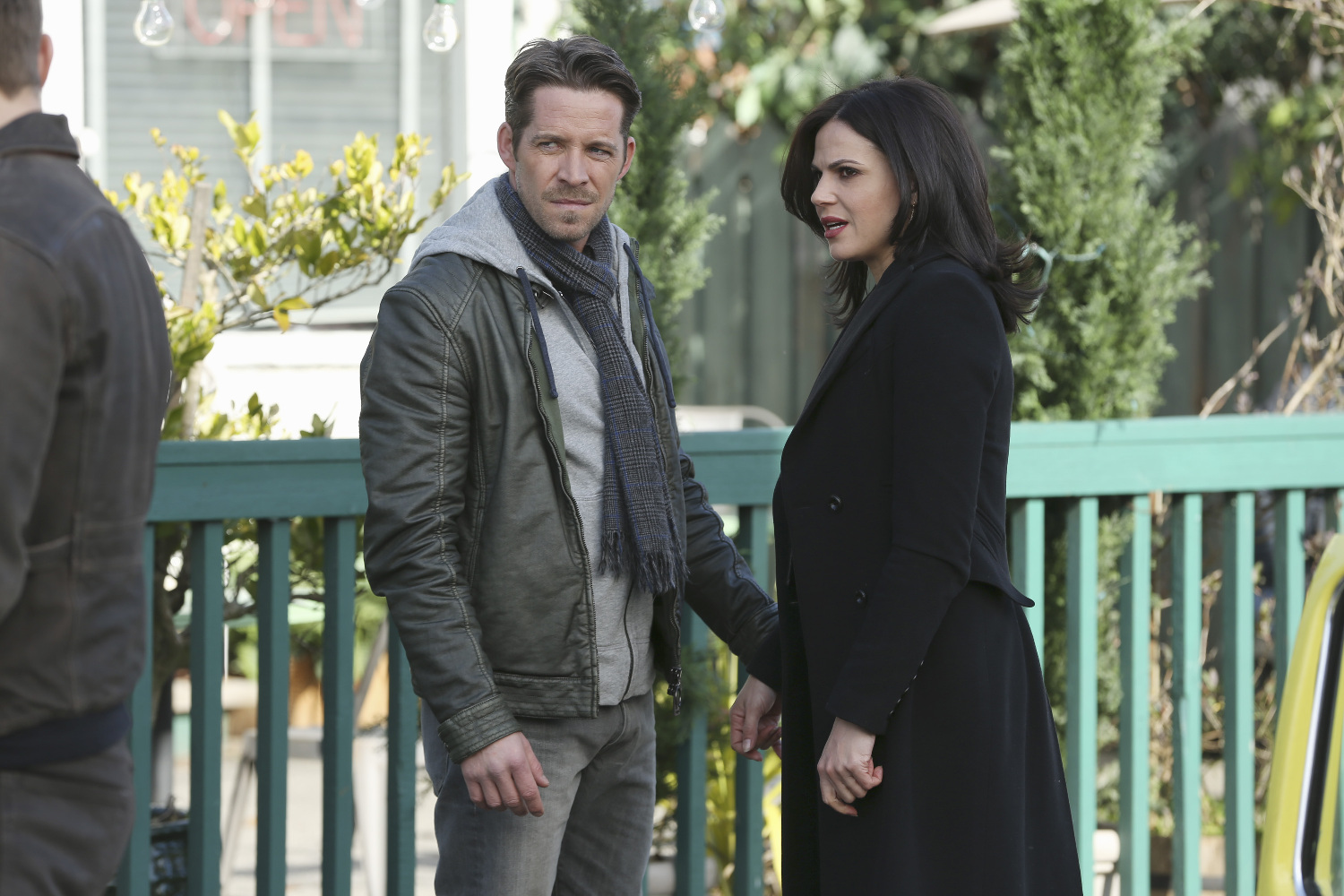 Regina finally comes in to her own this week as we see her face off against both her mother and her sister while (mostly) keeping her cool. Her relationship with her mother has always been difficult, not surprising considering that Cora locked her heart away before Regina was even born. It seems a little odd that Cora suddenly wants Regina to experience motherhood, but whatever the motive, her plans are killed when Regina opts to take her anti-pregnancy potion. Remember that old saying â€œcut off your nose to spite your face?” Well, hereâ€™s a prime example of why thatâ€™s a bad idea. It makes me glad that she ultimately chose to adopt Henry. He is the main reason she is able to experience love for Robin.

I wasnâ€™t sure what to expect when Lily and Maleficent meet for the first time, but it certainly wasnâ€™t that June Cleaver scene. Maleficent has always been a slave to her emotions, and I expected a much larger display of affection, and a much deeper response to that first rejection. Where is the torment? Where are the tears? Although itâ€™s great to see her look of pride at the sight of the dragon. And she should be proud! To see Lily make such a grand display at what must be her first experience with magic would make any mother proud. And although I appreciate Maleficentâ€™s wish to put the past behind them and enjoy their future together, part of me is looking forward to some angry dragon action in the near future. Particularly now that both Emma and Snow White will be motivated to help the dragons rather than sending Charming out to slay them like they would have back in the Enchanted Forest.

Regina is the only one smart enough to realize that if itâ€™s the Saviorâ€™s darkness thatâ€™s needed for the ink, the place to seek it is within Lily. The â€œsavior darknessâ€ in Lilyâ€™s blood gives the ink a power-up and the Author is once again able to wreak havoc in the life of any character he chooses. If only the heroes knew of all the trouble he caused last time, they might have kept a closer eye on him and his quill. They havenâ€™t really addressed Goldâ€™s statement earlier this season that as long as thereâ€™s a Savior, there are no happy endings for villains. It will be interesting to see if and how Emma is affected by the upcoming rewrite.

Rumple presents an interesting possibility this week. In this world he can die from his blackened heart, removing all that is good within him and leaving only the Dark One. It gives us cause to wonder if there is any hope left for him. Sure, the Author can write him back to health, but would it be permanent with Emma running around fixing things? Iâ€™m guessing not. So where might the answer lie? Does he have the capacity to stop his evil ways and turn his life around? If so, would his heart begin to heal itself? Would he ultimately give in and seek death like the last Dark One did? There is a deep well of possibilities here, and I hope it gets thoroughly explored.

The Author hints at his earlier activities when Regina shows him the altered page from the story book. It sounds like he sees himself like a precocious child who just wants to play with his toys. Like the kid who takes the head off his sisterâ€™s Barbie and puts it on G.I. Joeâ€™s body, the Author wants to mix and match all the stories to see the crazy results. Regina and Robin are one of those possible outcomes, and no doubt the Author has dreamt up many more cross-story matches.

Kudos to Hook for explaining things in a way that resonated with Emma! Finally, she is willing to forgive her parents for their lies and past acts. Hook has been good for Emma in a lot of ways, much more so than anyone else in her life except maybe Henry. I like them together, and it scares me a little to think what trials this relationship will have to face with the Author mucking about in their lives. I expect the coming weeks to be sweet, sweet torture for viewers everywhere.

Regina arrives at the realization that her happiness is in her own hands. Finally! She can choose to make a life with Robin no matter the issues that Zelenaâ€™s child may bring. In the midst of this wonderful moment of revelation, Zelena chimes in with her jibe about Reginaâ€™s happiness being dependent on Robinâ€™s love. â€œAnother woman defining her happiness relative to the love of a man. Sad, really.â€ Well said, Zelena! The man is the icing, not the cake! Millions of women everywhere are single, strong and satisfied. Regina seems to have it in hand, though. Her happiness is found in being comfortable with herself in the world.

Mama Drama, The Following “Trust Me”

Dancing with the Stars “Season 25 Week 6” aka Movie Night