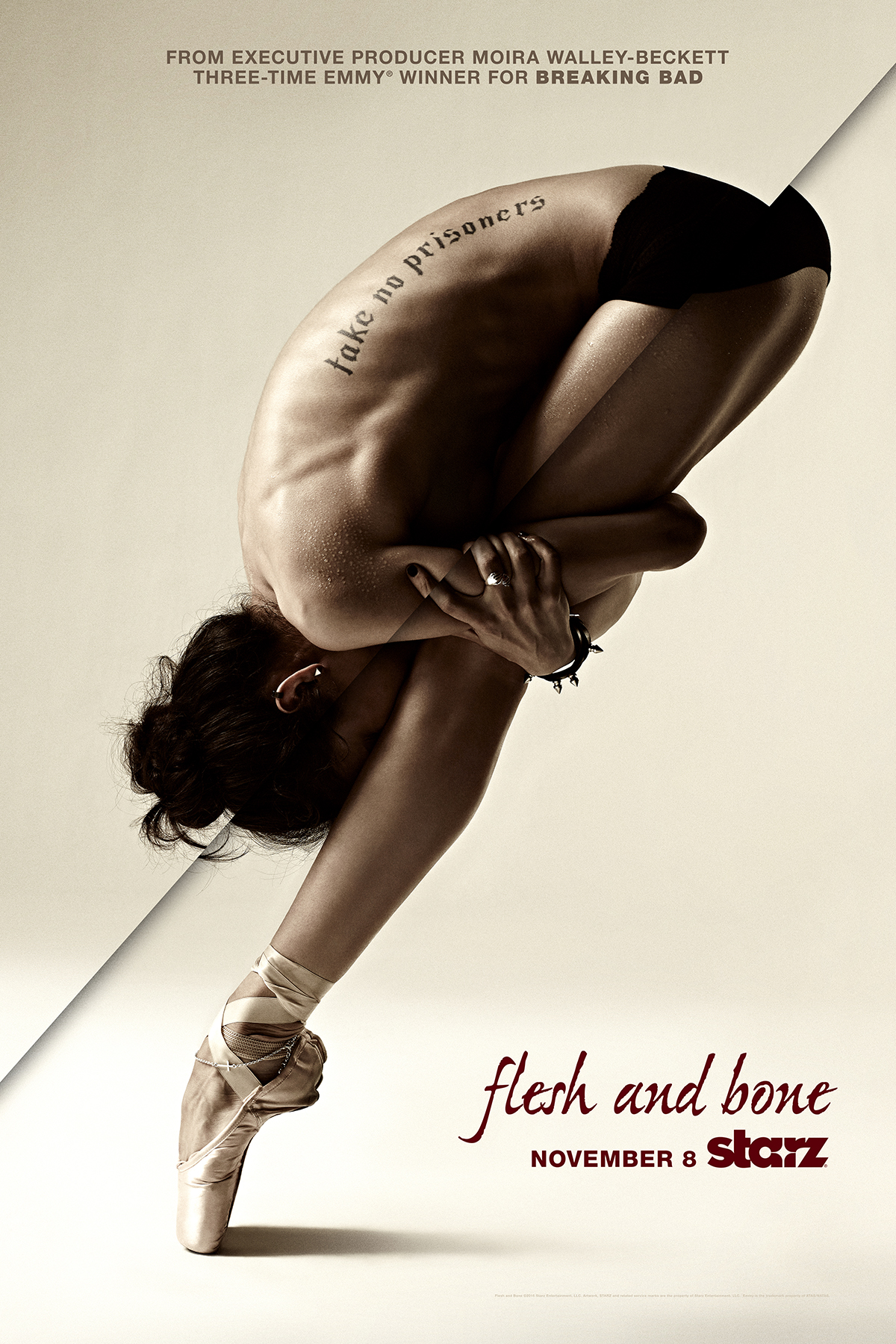 Center Stage. Black Swan. Breaking Pointe. We love anything and everything that has to do with ballet in the movies and on TV. In fact, if a network wants to get on our good side, it helps to set a show in thisÂ drama-filledÂ world. Starz is doing just that with its upcoming fall series, Flesh and Bone. Needless to say, we’ll be watching.

Flesh and Bone follows a young dancer with a distinctly troubled past as she joins a prestigious ballet company in New York. The dark, gritty, complex series unflinchingly explores New York City through the eyes of Claire, played by Sarah Hay (Black Swan), an emotionally wounded but transcendent ballerina navigating the dysfunction and glamour of the ballet world. Claire’s self-destructive tendencies amid her vaulting ambitions drive her in compelling, unforeseeable ways, especially when she is confronted with the machinations of the companyâ€™s mercurial Artistic Director, played by Ben Daniels (House of Cards,
Law & Order UK) and an unwelcome visitor from her past.

The production was shot entirely in New York City, using soundstages at Steiner Studios, Kaufman Astoria Studios and locations around the city.

Dancing with the Stars: "Season 20 Week 7" aka Different Eras/Dance Off