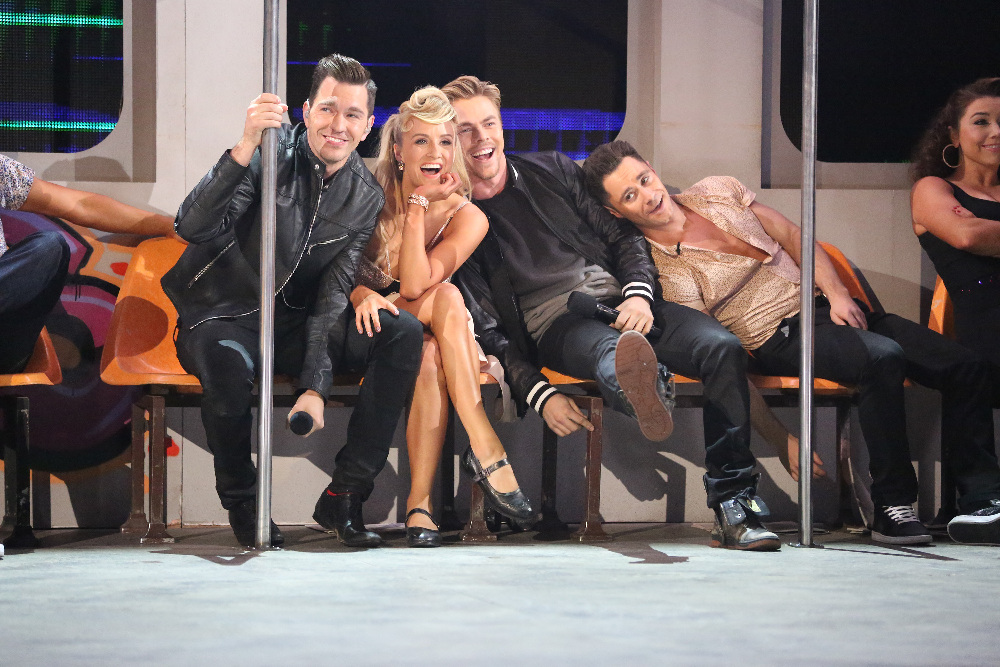 The highest scoring couple this week receivedÂ immunity from elimination. Who stepped up? More importantly, who went home?Â It was quite theÂ shocker. But it wasn’t a double elimination. Weâ€™ll get to what happened after we break things down couple by couple:

Because Nastia and Sasha had the highest score of the night they earnedÂ immunity. And then there was a dance off.

There were three types of dances they could choose from so everyone had to prepare for all three. Whichever couple won the round — two points would be added to their total score.

Riker and Allison go first and do well. Willow and Mark didnâ€™t do as well, in my opinion.

I could not disagree more with the judges. Riker and Allison clearly won that dance off. Even Twitter agreed with me!

Noah and Sharna were next and picked Robert and Kym. They chose the Cha Cha.

Noah and Sharna go first and then Robert and Kym. Both couples had trouble.

Because there was a tie, Lenâ€™s vote was the tiebreaker so Noah and SharnaÂ snagged the two points.

Next, Rumer and Val wentÂ up against Chris and Witney. They danced the Foxtrot.

Rumer and Val go first and are amazing! Chris and Witney did pretty well but they donâ€™t come close to Rumer and Val. I donâ€™t think itâ€™s a contest.

The first couple safe was Noah and Sharna. The next couple safe –Â Robert and Kym. Then it’s Chris and Witney. This wasÂ shock consideringÂ the lowest scoring teams were being deemed safe. Wow. One of show’s top couples is going home.

Going home this week: Willow and Mark. Immediate reaction: Willow was really upset and Mark said he was proud. This was definitely a shocker.

Len: â€œUnlike the trains in England, you were right on time.â€

Tom: â€œWeâ€™re back and so is Burt Reynolds’ mustache.â€

Next week is the double elimination that was supposed to be this week. (And the week before that!) Everyone needs to vote.

And donâ€™t forget that tonightÂ is the Dancing With The Stars 10th Anniversary special!

Person of Interest “All In”