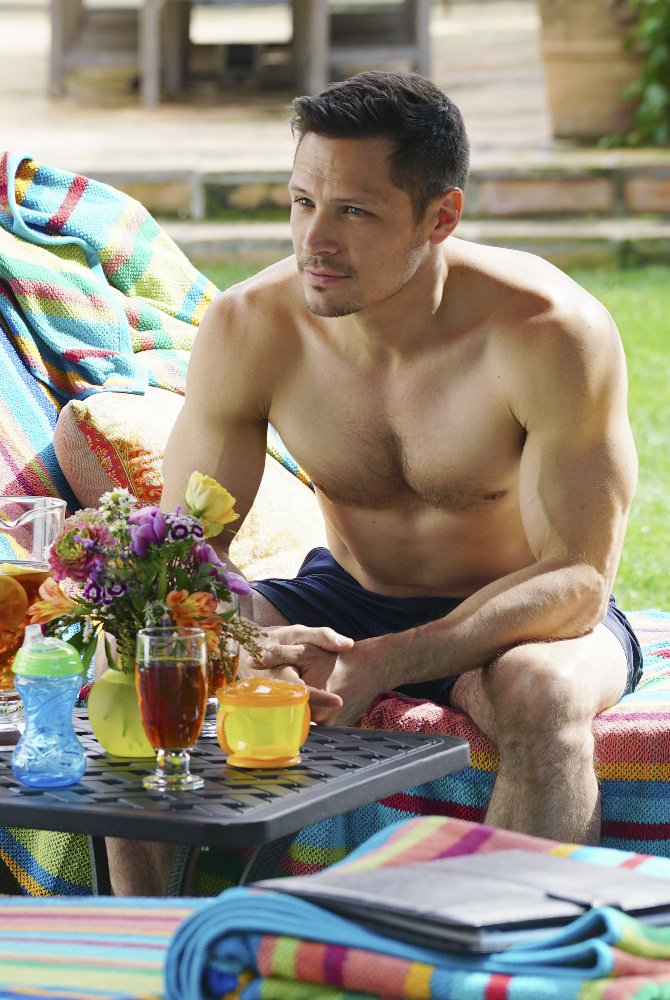 Itâ€™s the â€œaftermathâ€ of the fire. What happens when they find that Victoriaâ€™s body? Is it really the end. Here are some things to think about (And by the way, from here on out I’m referring to Emily/Amanda as simply, Amanda):

-Cute. Nolanâ€™s new boyfriend makes breakfast and seems sweet! Â What are this guyâ€™s secrets? Â There has to be something.

-Louise and Margaux are the new team. Or is it just a smokescreen?

-Margaux conveniently finds a note from Victoria and it ends up being a suicide note.

-Amanda tells Nolan about Mason Treadwell. They have to shut him down, but how?

-Victoria Graysonâ€™s body is found. Is this really the end?

-Ben tells Amanda about the suicide note that Victoria left. Heâ€™s still bitter towards her and it shows. Not really professional, Ben! You want to get her so bad. I say itâ€™s time to take a step back but we all know you wonâ€™t do it.

-Jack is looking hot in a bathing suit. He and his Mom find out about Grayson Manor and Victoria. Call Amanda, Jack! She needs you.

-Nolan tells Amanda about being with Tony thatâ€™s why he didnâ€™t hear the explosion at Grayson Manor. Â Must have been really loud!

-Mason Treadwell is becoming a major problem. What will Amanda do to deal with him?

-Interestingâ€¦. Louise finds “evidence” of someone breakingÂ into Victoriaâ€™s place. Why does Louise just believe that Victoria was killed? Â Didnâ€™t AmandaÂ and Nolan help her escape from her family? It just doesnâ€™t make sense that she so easily believes that Victoria is the victim.

-Ben is trying to be an ass and gives Amanda a hard time. He needs to get over it.

-As Amanda is leaving Bitter Ben, she runs into Jack and itâ€™s a bit awkward. That is an understatement.Â She pleads with Jack to talk to her. He tries to be a hard ass and say he is leaving as soon as he is done. Not the time to be cold and distant, Jack.

-Nolanâ€™s man finds out he’s going to be able to adopt a son. So he has to say goodbye to Nolan. Poor Nolan. Is this how it ends for them? It seems really abrupt to me. I always have felt that he has something to hide but is it really an adoption?

-Jack finds out from Bitter Ben that Amanda has tried to stop him from leaving the Hamptons. No more poor Jack. Go get your lady!

-Amanda finds out that her Dad has cancer and that he tried to shield her from finding out. Doesnâ€™t he know who his daughter is? She finds out everything…eventually. Now they are going to fight together.

-Margaux and Louise are on the warpath and itâ€™s not okay.

-Mason’s name is cleared and it’s revealed he’s been working againstÂ Amanda. There’s a videoÂ saying VictoriaÂ set AmandaÂ up with Masonâ€™s help. Once it’s done it self-destructs! Amanda has been played big time. Who else helped Victoria?

-Ben happily arrests Amanda. Will her friends believe she didnâ€™t have anything to do with this?

What will happen? The master of revenge just got played. Will she be able to get out of it? Will her friends come through? Will anyone believe her? So much to figure out before the season finale…or is it the series finale?

Nashville "Nobody Knows But Me" and "The Storm Has Just Begun"

We Need to Know: 8 Questions about Arrow “This Is Your Sword”