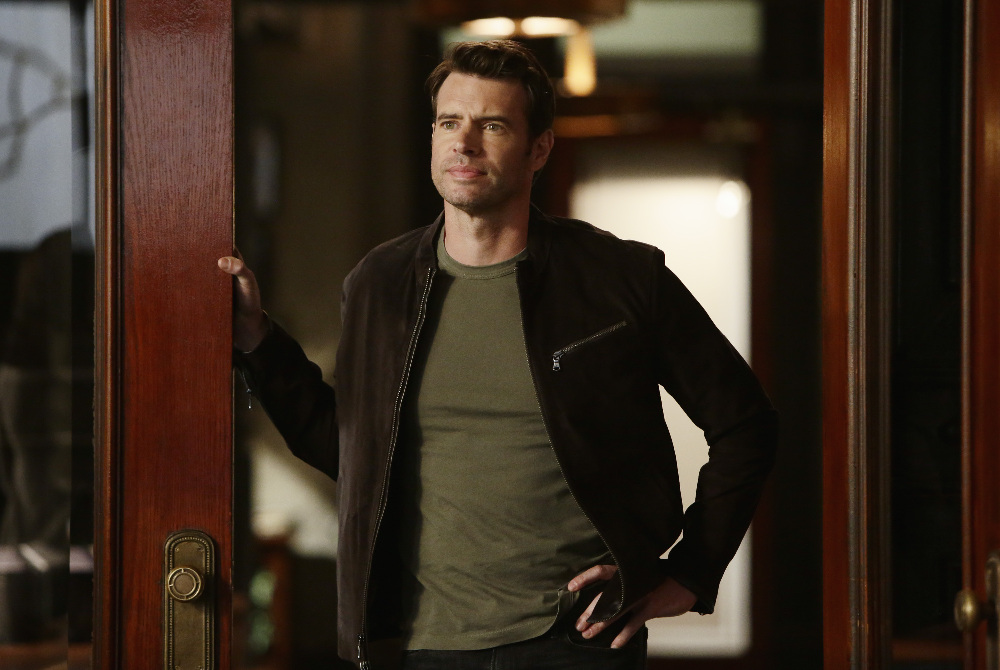 Leave it to Shonda Rhimes to shock her audience yet again. Seriously. No one is safe on any of her shows, as we remembered once again on â€œIâ€™m Just a Bill.â€

By the time I got the chance to watch this episode, I had already been spoiled on the shocking death, which made watching it quite a different experience.

If you havenâ€™t seen this episode yet, by the way, stop now! Unless you want the warning I had — which, in a lot of ways, Iâ€™m grateful for. Because this one is a doozy.

We begin just about where we left off from the last episode, with Papa Pope spouting all sorts of veiled threats at Olivia, and telling her he knows her more than anyone else. Meanwhile, Oliviaâ€™s new beau is passed out on the floor behind the couch.

As terrible a villain as Papa Pope is, I love to hear him when he goes on his rants. He becomes so passionate and heated in his speech that itâ€™s impossible not to believe every word he says is true.

Still, Oliviaâ€™s team continues to work against B613, complete with the help of Rosen and Jack. That spoiler I mentioned? Itâ€™s that Jake dies at the end of the episode. So, watching him and knowing that was going to happen, but wondering how and exactly when kept me on pins and needles the entire time. Every time he was on the screen, I found myself looking for those moments of foreshadowing that would indicate he was going to die.

Those moments are certainly present in the episode, but they are incredibly subtle. First, he has a moment with Olivia where he tells her he will always be there for her. It feels sincere, and thereâ€™s a look between them that reminds us of all the feelings these two share.

What we donâ€™t see in this episode, but that weâ€™ve seen over and over again throughout this season, are the flashbacks of Olivia and Jake on the island together. Guys, looking back on it now, maybe we should have seen this one coming.

In the final moments of the episode, someone lures Jake to OPA, then attacks. Jake, of course, doesnâ€™t go down without a fight. Itâ€™s brutal and hard to watch. The attacker, who violently stabs Jake multiple times, turns out to be Oliviaâ€™s boyfriend â€“ say what?!

So, there it is. Thank you Twitter for tonight and all of the Thursday nights. It’s such an honor. #Scandal

Oh, Jake! How we want you to make it through this! What did you think of this episode of Scandal, and do you think Jake is really dead? Share your thoughts in the comments below! Scandal airs Thursdays at 9/8c on ABC.

5 Moments of Goodness from Supernatural "Book of the Damned"