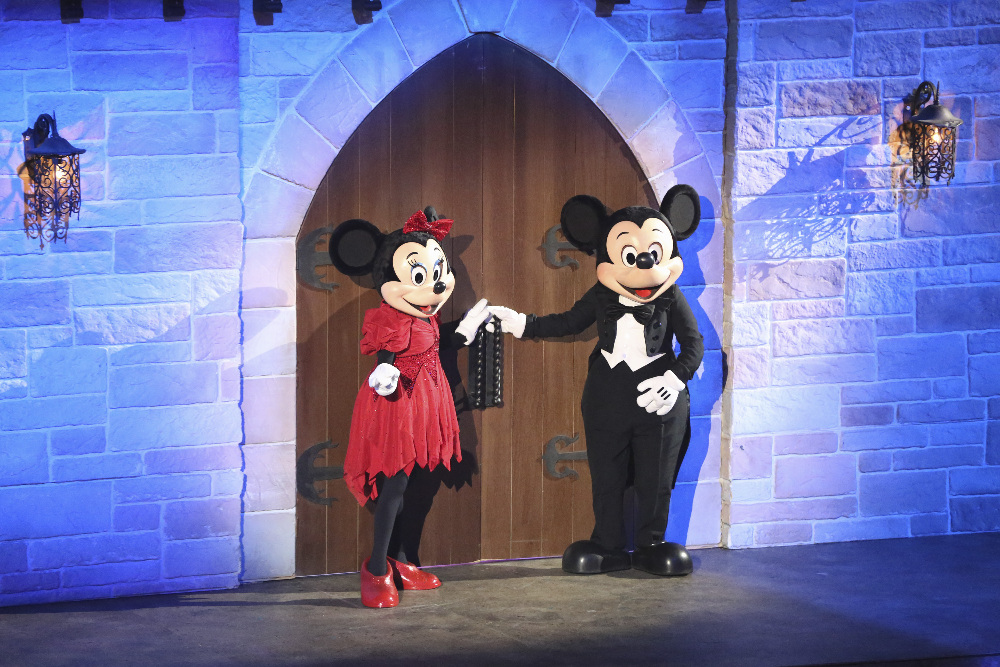 Itâ€™s Disney Week! I love Disney week. I really do. But I think the Disney stuff could have been cut down a little. However, there was some great dancing. There were also some injuries in rehearsal.

Before the dancing began twoÂ couples heardÂ if they were safe or in jeopardy. The first couple that was safe: Robert and Kym. That means Suzanne and Tony were in jeopardy and they danced first.

Hereâ€™s a breakdown of the partners:

More couples find out their fate:Â Nastia and Derek, Riker and Allison, Rumer and Val, Noah and Sharna all found out they were all safe.

It comes down to three couples: Chris & Witney, Patti & Artem, and Suzanne & Tony. The next couple that was safe: Patti & Artem. And then there were two. The couple that has to go homeÂ is…

…Suzanne & Tony. Maybe a little of a relief to Suzanne but she said such nice things to Tony it almost made me cry.

Tom: â€œWeâ€™ll have magic at the end of the night to make one couple disappear.â€

Bruno: â€œIn your own world you were in time.â€

Tom: â€œTonight when Len applies the band-aid at the end.â€

Len: â€œI have a bad knee, just throwing it out there to people to know.â€

Tom: â€œUsually Iâ€™m the whitest guy in the room.â€

Sharna: â€œSuck it up princess. Iâ€™m supposed to be the princess not you.â€

So listen, I might be a bit nitpicky this week but I have a few issues. First I feelÂ the Disney Stuff went totally overboard, as I said above. A little goes a long way and when it goes too far it comes across a little cheesy. Also, I think it’s time to make room in the budget to get the original orchestra and singers back. It doesnâ€™t sound nearly as good as before. It’s something I haven’t liked butÂ tonight, especially, I noticed how average the music was. Sorry current band, you have to step it up! The good news is that there are many couples that could win the Mirrorball trophy and that just makes this season even more interesting.

Next week is a Spring Break special and Iâ€™m looking forward to seeing what happens then.

Once Upon a Time "Heart of Gold"