Vikings Preview: “To The Gates” 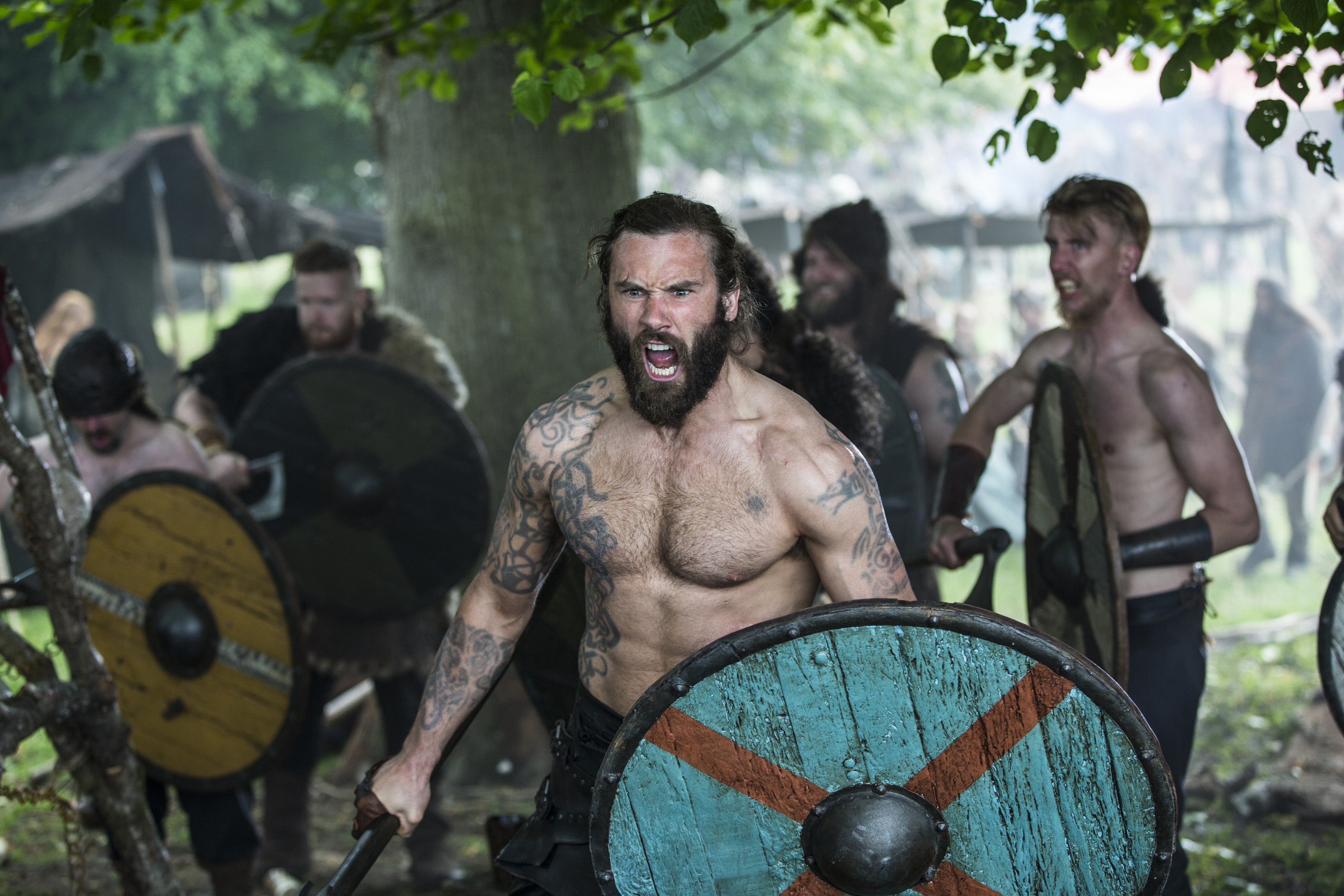 We’re not over it yet. And, guess what? Neither’s Ragnar. Last week, Athelstan was on his mind. And that doesn’t change in tonight’s episode. The connection is there even after the born-again former monk is gone.

This last part of the season (can Â you believe we’re already in the home stretch?) really kicks in to high gear with tonight’sÂ episode.

Synopsis of “To the Gates”:Â The Viking army embarks and Paris goes into lockdown as the army prepares the defense, overseen by Count Odo.Â  The Vikings are determined to make it through the gates of Paris and conquer the city; they will stop at nothing to succeed.

-Get ready for a tense battle that takes up the better part of the episode.

-The layout of this foreign city really provides a challenge to the Vikings. There are no expansive, wide open fields here. Paris is quite secure. The Norse warriors will have to find a way in. Now if they do, there’s no match for them, right? Right?

-Can Lagertha and Kalf coexist peacefully? Can sheÂ get overÂ her feelings and work with her backstabbing former lover to attack Paris?

-If you think Floki’s not affected by killing Athelstan, think again.

–Shallow TV Alert: Get ready for lots of Shirtless Rollo.

-In a press call, Alexander Ludwig recently talked about what kind of warrior Bjorn would be in Paris:

Alexander Ludwig: He’ll be ruthless. And calculated. I think that that’s what his father has always been to an extent. You’ll see a new side to Bjorn I don’t think Â anybody has seen before. In that he’s not just fighting for himself anymore but he’s commanding more than just himself. He starts taking charge of other facets of the attack. And he’s really just coming in to his own. You really do see Bjorn as a man now and how I always intended him to be. So I really can’t wait to see how the fans react to this.

-In another press call,Â Clive Standen teased the Paris portion of season three:

Clive Standen:Â Paris isnâ€™t just a one-off episode. Paris in series three is â€“ really kicks off around the tail end of episode six; and it kind of builds and builds and builds until a climactic episode at the end of the season. Paris isnâ€™t like anything the Vikings have ever encountered, and itâ€™s unlike anything that the general public and the 21st century view would see Paris as now, because Paris was entirely different back then. It was a fortress.Â It was completely enclosed on the river Seine with very high Roman walls.

He went on to describe what kind of battle you’re going to see in tonight’s episode:

Clive:Â I like to just think of the Viking soldiers compared to the Saxons, almost more like the modern Navy SEALs, like theyâ€™ve been trained, theyâ€™ve been brought up with their axes and their weapons, because theyâ€™re farmers and they used them on a daily basis. So theyâ€™re ferocious and formidable when theyâ€™re in battle, whereas the Frankish have got machine. Theyâ€™ve got soldiers that are trained in a certain way that the Vikings are not used to. So these battles are ginormous in scale and scope. Weâ€™ve got 4xÂ as many stuntmen as we had when we first started doing the show. Now, I would go so far as to say at episode eight, which is a very action-based episode, the battle that you’ll see on episode eight is probably one of the best battles, one of the biggest battles Iâ€™ve ever seen in a TV show.