What They Said: Favorite Quotes from Scandal “Put a Ring on It” 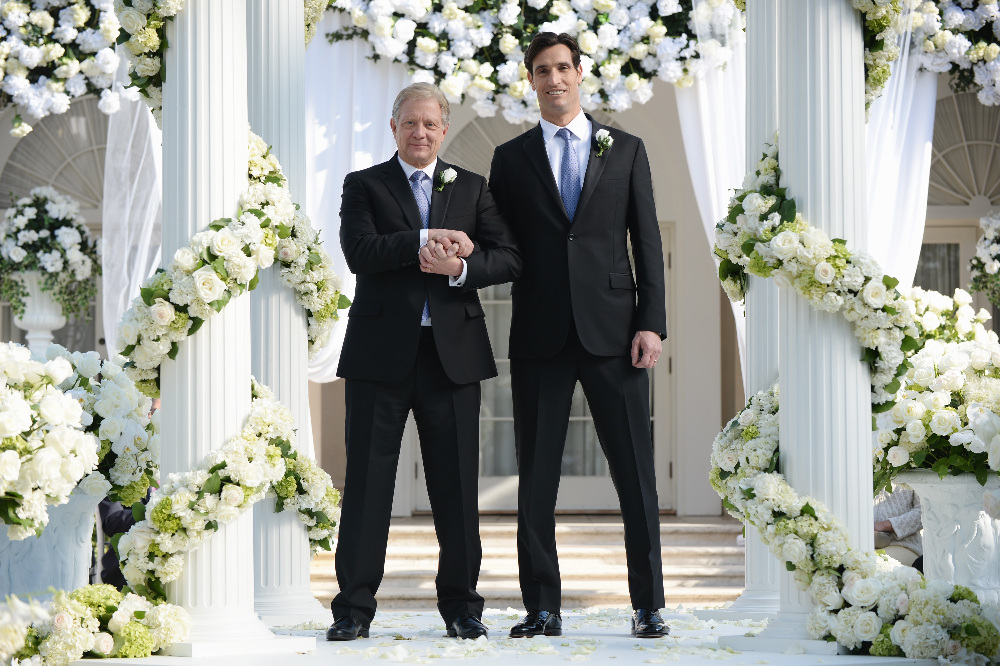 Olivia Pope is back at doing some serious fixing when Michael lets himself be seen in public with other men. The solution? Itâ€™s finally time for he and Cyrus to get married, and Mellie Grant is going to host the celebration at The White House.

Oh, and Dan Bucatinsky is back as James Novak, at least in flashbacks. RIP.

See below for some of the best quotes from â€œPut a Ring On It.â€ Here’s What They Said:

Episode: “Put a Ring on It”
Writer:Â Chris Van Dusen

Olivia: It is. And youâ€™re the pregnant bride.

Olivia: Hosting an historic White House wedding would be the perfect platform for a candidate who is looking to transition from a social figurehead to someone whoâ€™s engaging at the forefront of one of our most divisive issues of our time. A leader, taking a bold step towards the right side of history.

Olivia: Politics should never stand in the way of fundamental rights for an oppressed population of law abiding Americans. That yours is the party of Lincoln. That love, is love. To be celebrated. Never relegated or regulated.

Abby: The press wants a head on a stick, and I donâ€™t want it to be mine.

Abby: The presidentâ€™s views on the subject remain crystal clear.

Reporter: Then why is everybody in this room asking you the same questions over and over?

Cyrus: I cannot tell the difference between you and Mother Theresa.

Sally: We must arm ourselves, America. Not with guns, but with the truth.

Mellie: We are not partners. We are not friends. You work for me. You fix for me. You donâ€™t accuse me. You do not judge me. You most certainly do not lecture me. You are not me. You wish you were me. But you canâ€™t be me. Remind yourself of that. Do you understand?

Cyrus: No oneâ€™s going to take her seriously. Sheâ€™s a grown woman who thinks angels are real.

Leo: Youâ€™re like the politicians who claim they believe in the separation of church and state but still voted to put the words â€œone nation under Godâ€ in â€œThe Pledge of Allegianceâ€ in the nineteen-fifties.

Leo: You talked! You poked the hole in the condom, not me. I kept it all wrapped up.

Olivia: No one is calling anything off. No one is quitting. Not until Iâ€™ve tried everything. Everything! Is that clear? Okay then.

Cyrus: Of course it does. I am never going to ask you to do that. Compromise your principles — influence your work. I love you too much for that.

Olivia: I donâ€™t want a ring from you.

Olivia: You can still be the first elected female President of the United States, but the longer you spend in the world of talking heads, the less the American voter will take you seriously.

Cyrus: Iâ€™m not ready to leave this place yet.

Sally: You would defame a dead man?

Olivia: Only because you would defame a live one.

Cyrus: I would never murder youâ€¦myself. Itâ€™s a rookie move, I would pay a professional to do it.

Cyrus: Weâ€™re not going to fall in love. And it is a relief to me, because I cannot disappoint you. I cannot hurt you any more than I already have. I cannot destroy your image of me or break your heart or damage your soul. I have nothing in you to break. Iâ€™m on no pedestal. You see me for what I am: a filthy monster desperately trying to hold on to the last shreds of its humanity. You are a good person. I know that. Ella could use a good person in her life. Iâ€™m not promising much. But I will promise this: I may not do it well, but I will do my best to be your someone. So, youâ€™re not alone. Okay? Youâ€™re not alone.

Who Do You Think You Are Preview: "Sean Hayes"

What They Said: Favorite Quotes from True Blood “Let’s Boot and Rally”

What They Said: Favorite Quotes from The Vampire Diaries “For Whom the Bell Tolls”

What They Said: Favorite Quotes From Archer “Sea Tunt: Part 1”

What They Said: Favorite Quotes from The Vampire Diaries “Before Sunset”

What They Said: Favorite Quotes from The Vampire Diaries “The Five”

What They Said: Favorite Quotes from Community: “Documentary Filmmaking: Redux”