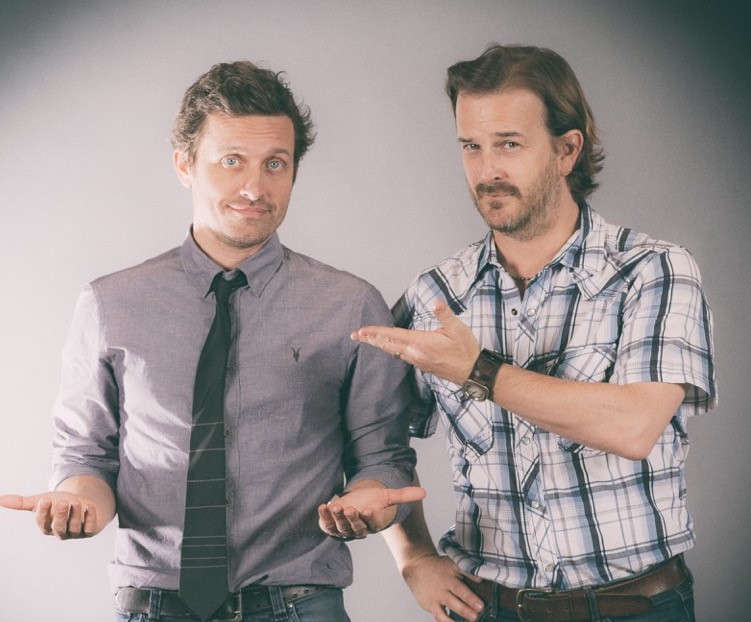 The Supernatural universe is a beautiful thing. It’sÂ much more than the CW television series millions of fans worship each week. It’s this huge entity that churns out pages and pages of show-related fan fiction; amazing fan art and videos; meta-tastic essays analyzing the trials of Team Free Will. And then…there is the famous convention circuit.

In the last ten years, the Supernatural conventions have also evolved. It’s been a crazycool thing to witness. These days it seems more like a traveling variety show where the actors get to channel their inner artists, musicians and comedians. Any given convention, you might see Mark Sheppard on the drums and Jensen Ackles leading the house band (Louden Swain) in a rendition of Night Ranger’s “Sister Christian,” thanks to a Jeffrey Dean Morgan request. Or Jensen and Jared Padalecki rapping to Vanilla Ice’s “Ice Ice Baby.” Misha Collins might take his meet and greet group on an impromptu field trip.Â They’ve become theseÂ opportunities for the actors to interact and entertain fans as well as tap into their creative or artistic sides in a way thatÂ makes this experience so much more fun than your normal, everyday fan convention. 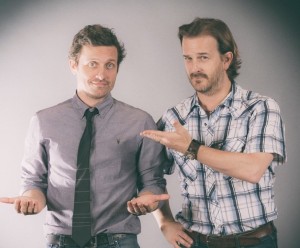 While Jensen and Jared headline each convention, there are a couple other guys who haveÂ emerged as leaders: The Host aka Richard Speight, Jr. and The House Band Leader aka Rob Benedict. Yes, it’s pretty fitting that Gabriel/Trickster and Chuck/God are two of the guys thatÂ really help turn these weekends into massive SPN Family Get Togethers. And now this world is about to evolve yet again.

A couple days ago theÂ friendsÂ launched a crowdfunding campaign for a new comedy series called Kings of Con. The Supernatural fans responded. To no one’s surprise, theÂ project is alreadyÂ fully funded. And there are still 44 days to go. Yes, when it wants to, the fandom can get things done. TV Guide Magazine covers, People’s Choice Awards, a million various polls — Supernatural faithfuls know the value of the show and its actors — and they will help any way they can. Who knows how much this Indiegogo campaign will have raised once it’s all said and done. What you need to know (if you haven’t heard already):

Kings of Con: The Series

Thanks to their pivotal roles on the hit CW show Supernatural, Richard Speight, Jr. (Band of Brothers, Justified, etc.) and Rob Benedict (Felicity, Waiting, etc.) have become regulars on the fan convention circuit. Now, after years of appearing at airport hotels across the country and abroad, theyâ€™ve created Kings of Con, Â a single camera comedy inspired by their real experiences that goes beyond the autograph lines and photo ops to what really makes the cons truly crazy and unpredictable – the actors paid to be there.Â Itâ€™s Broad City meets Party Down with the comedic honesty of Curb Your Enthusiasm Â and “Louis CKâ€Â as Richard and Rob play caricatures of themselves cavorting through the con world: Rich, a thrice divorced former actor whoâ€™s love of the game is fueled by the faux fame he experiences at the hands of a gaggle fans who still think he matters, and Rob, a recent divorcee back on the circuit to cover the costs of his failed marriage and stalled career. Scripted content mixed with improv, andÂ Rich and Robâ€™s razor sharp interplay all fuel the spirit of the show, backed by a supporting / guest cast of other Supernatural players as well as established actors from across the Hollywood spectrum Rob and Richard have come to know over the course of their 20 year careers. 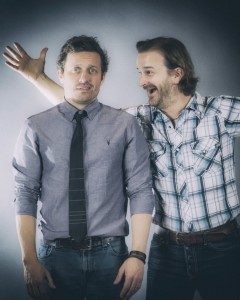 The campaign continuesÂ at IndiegogoÂ — there’s plenty of time to keep on giving. Bet the guys will celebrateÂ this success at this weekend’s Seattle Con, don’t you think?Â Yup, nobody puts the Kings of Con in a corner. They pretty much want to rule conventions, crowdfunding and comedy.

We were right. They are celebrating. Direct from the Seattle Con complete with a revealing message from Matt Cohen (Young John Winchester/Michael):

What They Said: Favorite Quotes from Scandal "Put a Ring on It"

Eureka Will Get a Finale