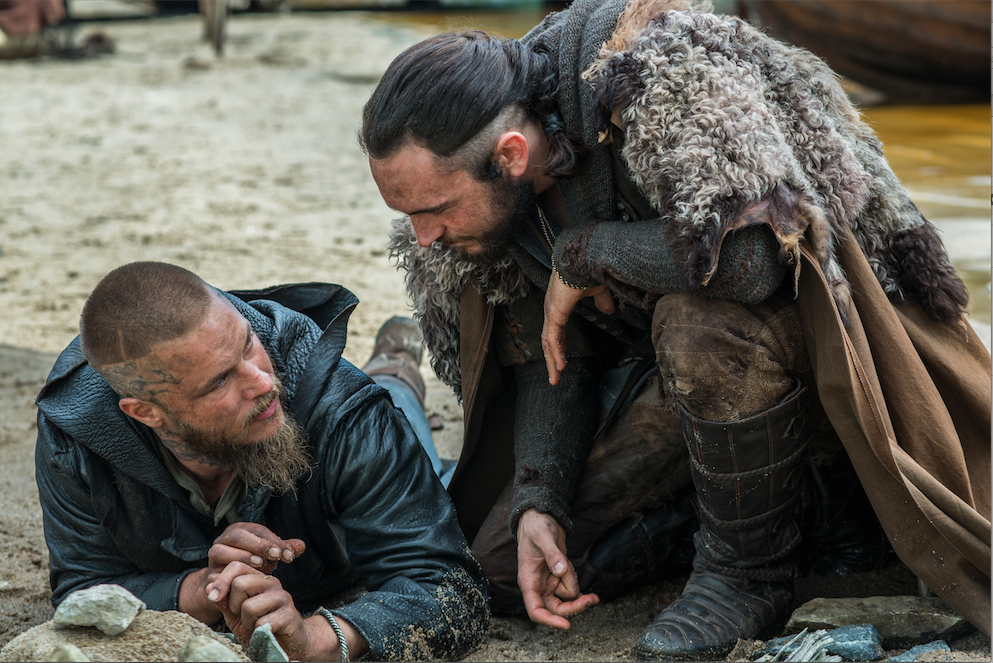 Siggy’s gone and Rollo is broken up about it. However, there’s some hope in his future. Thanks to his session with The Seer, all may not be lost for Ragnar’s older brother. Meanwhile, Lagertha is in a bad place. Her ex-husband was no help when it came to saving her earldom from her former lover, Kalf. Hedeby remains his and she’s pissed.

Back in Wessex, King Ecbert’s son went nuclear after finding out about his (newly pregnant) wife’s affair with Athelstan. Those Vikings that stayed behind to farm the land and create a better life for themselves? They were wiped out. On Aethelwulf’s orders. And you’d think Ecbert would be upset over the whole attack and destroy mission that was done without his say so. Nope. It all played out just the way he wanted. The pesky Vikings are no longer a problem. And he took the opportunity to do away with the nagging doubters who have been making his royal life tres annoying.

And if that’s not enough, Ragnar made a big announcement: the next Vikings raid will be Paris. It makes sense he doesn’t want to stay home for too long. After all, he found out about Aslaug’s dalliance with Harbard the Wanderer, who was probably Odin. And it doesn’t matter where Floki is. He’s not happy with Ragnar’s raids and his willingness to interact with people who don’t believe in the gods they do. That’s going to become a bigger issue down the line, forÂ sure.

And poor Porunn. Bjorn isn’t much help to her as she continues to heal from the wounds she received in Wessex. She’s pregnant and her face is pretty much torn up.

We’re halfway through season three already and the action has included a return to Wessex, Athelstan hooking up with a married woman, Lagertha losing her title and a major death. What more does this show have in store? A lot.

Preparations for the Paris raid pick up pace, and Rollo ponders The Seerâ€™s prophecy about his destiny.

…and Kalf arrives in Kattegat with some new allies and some familiar faces.

Porunn and Judith both deliver children; but with new life there is also death.

-But with new life there is also death. Is anyone worried? Will this death be someone we deeply care about? .

-Well, it seems like Kalf is definitely going along on this raid to Paris. In fact Ragnar and Kalf the Usurper look mighty friendly here:

Please let it be another one of those times where we see things one way but it’s really not what we think. Sure Ragnar needs Kalf’s resources now but when it counts, he’ll have Lagertha’s back. Ragnar needs to go above and beyond for his ex-wife.

-So these familiar faces that Kalf brings — one of them’sÂ definitely Erlendur, the son of King Horik (see photo above). Who else is Kalf bringing along?

-As forÂ Lagertha, is she ever going to let anyone in on what The Seer told her at the beginning of the season? Inquiring minds want to know.

-Some Floki speculation: He was beyondÂ upset when Ragnar wanted to take on Wessex; just how much is he going to rantÂ over this Parisian raid? He’s not conflicted when it comes to his own beliefs. He’s conflicted over following a man he believes doesn’t share those same beliefs. So far he’s been all bluster. Will there come a time when Ragnar can no longer count on Floki?

-If Ragnar was informed of the massacre in Wessex, is he going to do anything about it? After all, the Englishmen killed friends, family and they slaughtered their children, too. And what about Athelstan? Will he hear about Judith’s delivery? If he does, what is he going to do about it?

Yes, this is going to be another big episode in a season of big epic-sodes. Vikings “Born Again” airs tonight at 10/9c on HISTORY.

Congratulations are in order. HISTORY just renewed Vikings for a fourth season. Production begins this spring in Ireland. Yay! 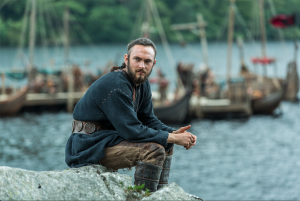 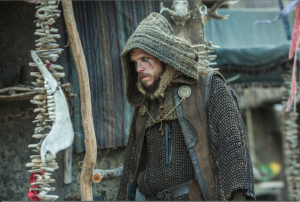 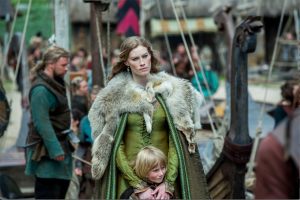 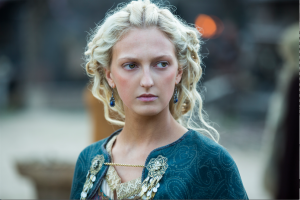 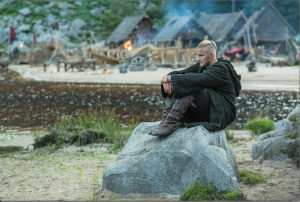 The Americans "Do Mail Robots Dream of Electric Sheep?"