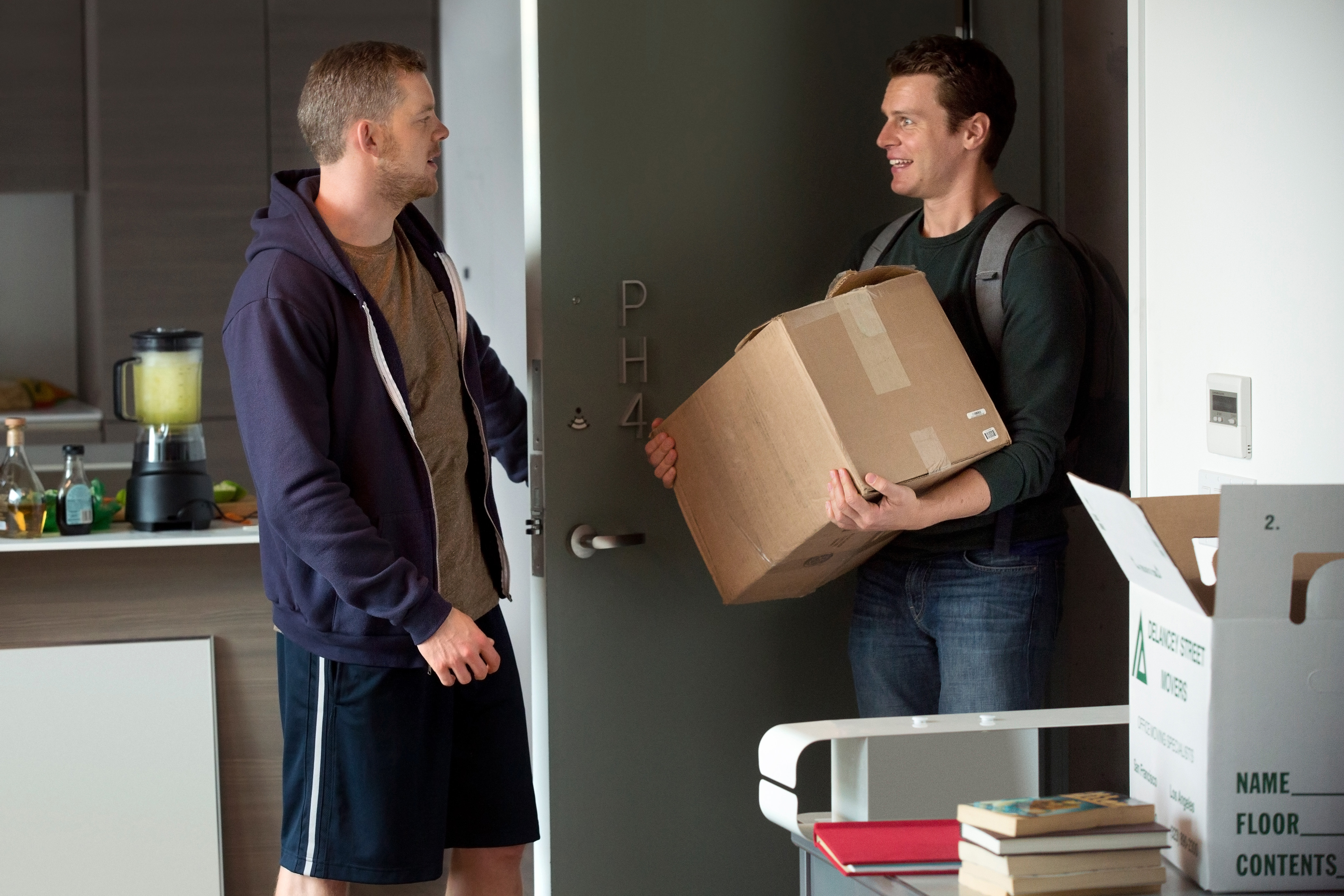 Last week’s Looking had its share of highs and lows.

In the highs column: 1. Kevin meets the parent. Dana seems to be okay with Patrick’s choice of boyfriend. 2. Kevin and Patrick decide to move in together. OK, this happened in record time but it’s still good news. 3. They decide to move in to a pretty swanky apartment. They also find time to go mattress shopping. 4.Â AgustÃ­n and Eddie officially become boyfriend and boyfriend (so cute!). 5.Â AgustÃ­n gets lured back into utilizing his artistic skills — but for a good cause.

In the lows column: 1. AgustÃ­n runs into his season one boyfriend, Frank. It makes for an awkward moment considering Eddie was right there and he introduced Eddie as his “friend.” 2. Doris’ uncle is contesting her dad’s will which means the money she promised to invest in Dom’s chicken window will take much longer to materialize. 3. Dom doesn’t take this setback well. At all. And he basically freaks. 4. Dom and Doris fight. 5. Doris decides to stay with Malik for the time being because she feels the two friends are too codependent. Dom and Doris are on the verge of breaking up and this fact gives me anxiety. 6. Patrick’s mom tries to broker a peaceful rapprochement between Patrick and his sister. Things don’t go well on that front. 7. Dana makes a big announcement: she’s thinking about leaving Patrick and Megan’s dad. She’s entered into an emotional affair with a doctor who recently lost his wife. She helped him with that and she realizes there’s something there.

I really don’t understand how this show packed so much into a 30-minute episode but they did it wonderfully. Julia Duffy killed it as Dana. I happen to watch HBO’s Girls and Looking and it does my heart good to see that Duffy’s getting to play out some angst as Patrick’s mom at the same time her former Newhart co-star is doing the same thing on Girls. On that show Peter Scolari plays Hannah’s dad. And if you didn’t know, Scolari’sÂ character recentlyÂ came out to his daughter. Duffy and Scolari were amazing as Stephanie and Michael on Newhart. And they are equally awesome on their respective HBO series.

And now, sadly, it’s time for the second season of HBO’s Looking to come to an end.

Synopsis for “Looking for Home”: Patrick makes a discovery that leads him to question what he wants in a relationship. Malik encourages Dom to patch things up with Doris. AgustÃ­nâ€™s nerves come out at the shelterâ€™s mural unveiling. Written by Andrew Haigh & John Hoffman; directed by Andrew Haigh.

-The bulk of the drama surrounds Patrick and Kevin’s relationship issues. It’s moving in day for Patrick and it isn’t too long before theÂ two areÂ getting to know each other better.Â One thing Kevin finds out about Patrick: Patrick doesn’t like peanut butter. And here’s something Patrick finds out about Kevin:

-Unfortunately things get more serious when Patrick finds out something on a much bigger scale.

-Will Dom and Doris be able to work out their issues? Dom meets up with Malik to discuss.

-While there’s a lot of Patrick and Kevin quality time, don’t worry Richie fans. Patrick does get some face time with his ex.

I am hoping and praying that HBO will renew Looking for a third season. This story must continue. The Looking season two finale airs tonight at 10/9c on HBO.

Secrets and Lies Preview: "The Jacket"