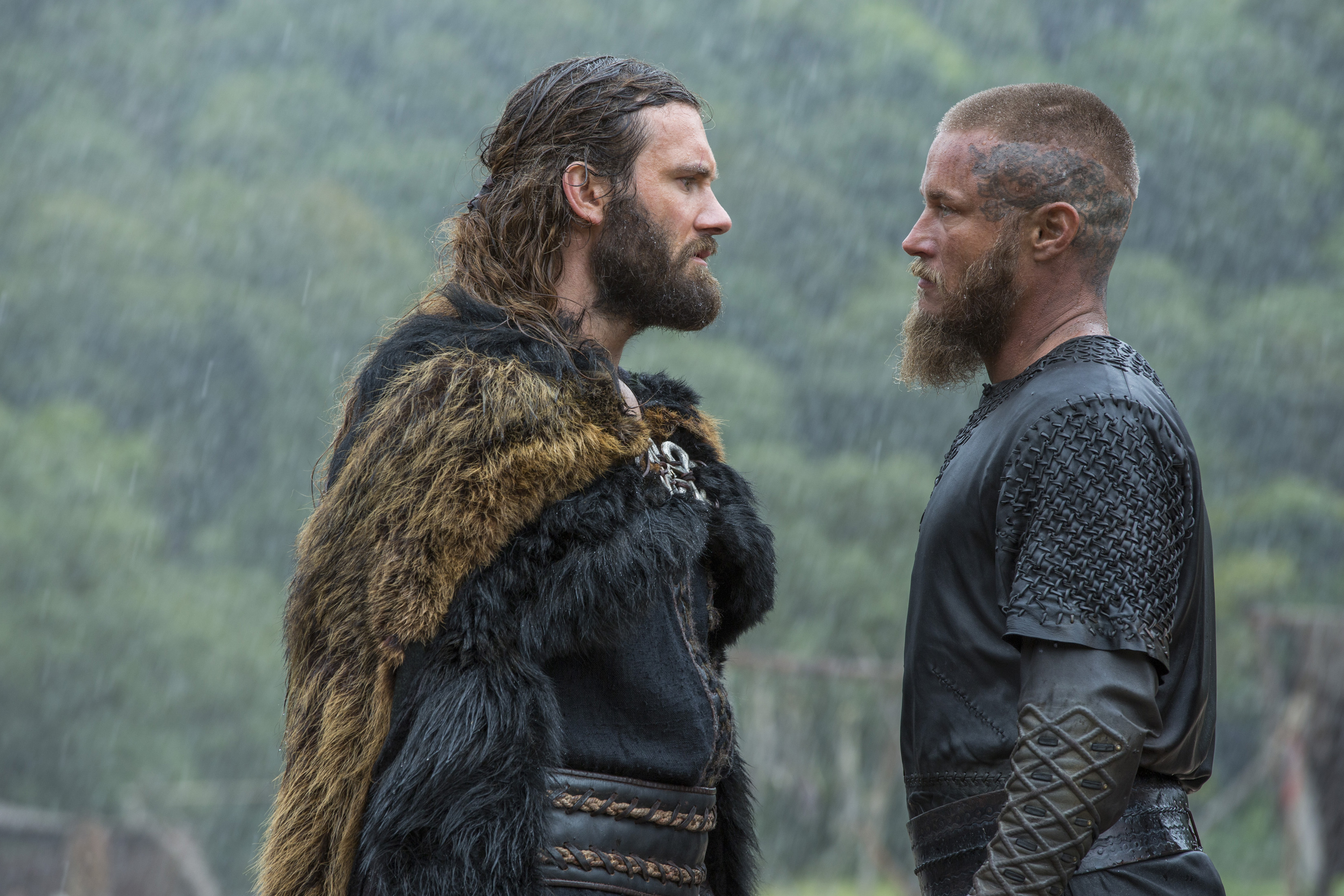 WARNING: Vikings spoilers for “The Usurper”

Okay, have you guys recovered from last week’s epic-sode of HISTORY’s Vikings yet? If you need a little bit of a refresher, check out my recap from “Scarred.”

We unfortunately had to say goodbye to a major character that’s been a part of the hit series since day one: Jessalyn Gilsig’s Siggy. It’s time to find out what happens now that The Wanderer has disappeared and King Ragnar and his fellow raiders head home to Kattegat:

Synopsis for â€œThe Usurperâ€: The fleet returns to Kattegat to find tragic circumstances await. Lagertha learns that her Earldom has been usurped and convinces Ragnar to travel to Hedeby with her in an effort to reclaim her title. Ragnar causes great surprise when he announces the next raid. The Seer has interesting prophecies for Rollo.

-As you can expect, Rollo does NOT take Siggy’s death well. In fact, this happens:

-Rollo fans can rejoice, because he does get a lot of play in “The Usurper.” He even gets to spend some quality time with The Seer. Now, we won’t tell you what happens during this special session, but Clive Standen says he’s happy his character finally got his first series sit down with the oracle.

Clive Standen: We sat down at the beginning of season three — myself and (creator) Michael Hirst — and Michael came up to me and said, â€œDid you know what I realized in the break between season two and coming back to write season three? It is Rolloâ€™s never been to see The Seer.â€ Â I said, â€œYeah, youâ€™re right.â€ I love John Kavanagh — he plays The Seer — and Iâ€™ve always wanted to have just a moment to act with him. And I said, â€œYeah, I know. Â Itâ€™s that a long time ago. Â I just thought there was a reason to it.â€ Â â€œNo, I just â€“ it just slipped my mind, and now Iâ€™ve written a scene for you andâ€¦â€ Â So it will come into season three. There will be a scene between The Seer and Rollo, and for the first time, I think Rollo actually â€“ so this man that trusts innately in what the gods have in store for him; itâ€™s very interesting for him to get to a place where he is questioning everything and feels like heâ€™s completely lost sight of who he really is. I could go as far as to say heâ€™s almost close to taking his own life; and the seer changes all of that in only the way that a seer can, in his riddles and his mysticism and his cackling laugh. Â He kind of puts Rollo in his place and I think itâ€™s a really important scene for my character and sets him on a completely different course for the future.

-Even though The Wanderer’s gone, there is lots of talk about Harbard, his true identity and what he did while visiting Kattegat.

-Ragnar may have exited Wessex to return home but England remains a presence in this episode.

-After this announcement is made you can probably guess that Floki isn’t happy. He’s pretty much a one-track mind in “The Usurper.”

-Of course, Lagertha has a big betrayal to deal with and she enlists Ragnar’s help. Some of the episode’s action does play out in Hedeby.

-Porunn is in a bad place right now. And Bjorn has his own way of dealing with that.