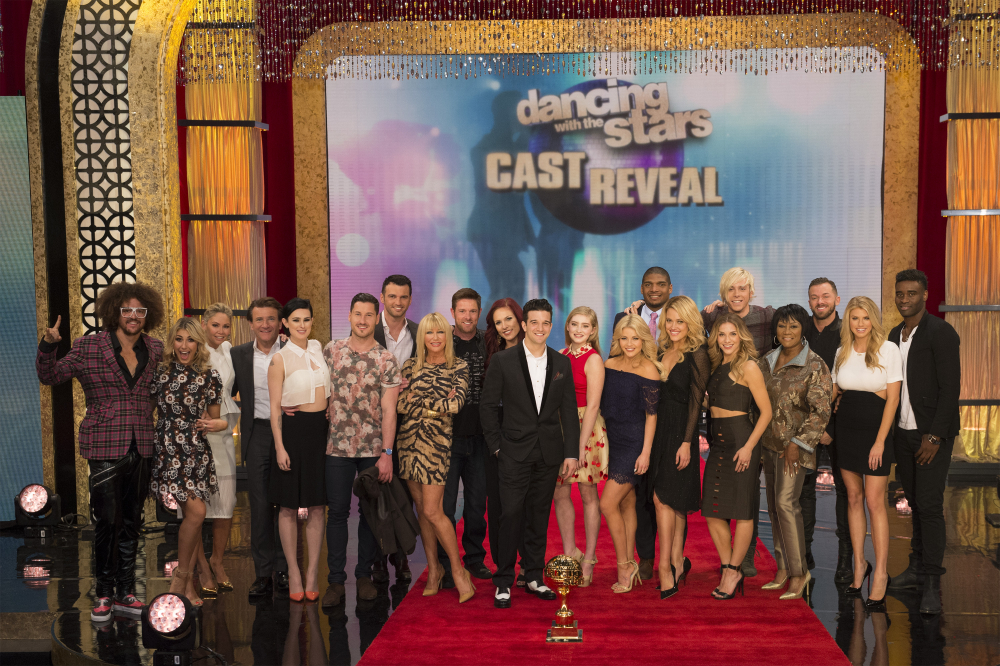 Itâ€™s that time again for a new season of Dancing with the Stars! It has been 10 years since this party started. The biggest issue this season is there are a lot of unknown faces on the celebrity side. And itâ€™s supposedly the final season for judge, Len Goodman. Here are some thoughts on the partnerships:

This is the guy that has the biggest obstacles but based on what I have read about him, he can do anything he sets his mind too. He is a soldier that lost his left arm above the elbow and left leg above the knee. He is a highly sought after public speaker and personal trainer. I look forward to seeing what this guy can do!

One of the sharksÂ from the ABC series,Â Shark Tank, I have no idea how he is going to do. He is currently going through a divorce and will that affect him in anyway? We will have to see.

Sheâ€™s a legend! An amazing singer, does she have what it takes on the dance floor? Musicians tend to do well but even some of the most amazing singers arenâ€™t great dancers. But she is Miss Patti and I would never count her out!

Werenâ€™t you excited that Derek ended up being on this season? He wasnâ€™t supposed to be but it all worked out. Nastia is an All-Around Gold Medalist from the 2008 Summer Olympics. I think she has a really great chance. Considering her partner and her sport, we should all keep an eye on this pairing. The only issue is that they will be flying back and forth from New York every week. Will that cause a problem or will it make this team hard to beat?

I wasnâ€™t sure who Riker was when I heard he was joining the cast. But he was a member of the Warblers on Glee and is part of a singing group R5, with his siblings. He has been performing since he was three years old. Oh and by the way, he is Derek and Julianne Houghâ€™s cousin! Does that give him an advantage?

Charlotte is known for her sexy commercial that aired during the Super Bowl for Carlâ€™s Jr. She is starting her acting career and has been a model for a while. In the past the pretty models donâ€™t usually do well but maybe she will be the exception.

After being a guest judge, RedFoo got the fever to be on DWTS. We know he has rhythm but how will he do with ballroom dances like the Waltz? He will bring the fun and crazy and Emma has proved to be a great teacher.

On the average, athletes have done really well. Peta won her mirrorball trophy with a football player, Donald Driver. Will she repeat this success with Michael Sam? She is a great teacher and Michael is in great shape.

The youngest person to ever compete on the show, Willow is best known for her role in the Hunger Games. Since she is so young will she lose practice time because of the rules for kids on television? Â Will Mark have patience with her and remember she is a young teenager?

Come and knock on my door! (If you get the reference we are going to be pals) Suzanne is probably one of the most famous of this group of stars and has a following. She has always proved people wrong and I think she can do it again.

The worst kept secret, the newest Bachelor was the last to be announced as part of the cast. Can the farmer from Iowa move or will he have two left feet? Having Witney, who is the reining champ helps and having the other Whitney in his life cheering him on his life is looking pretty good right now.

Her whole life she has always been referred to as Demi Moore and Bruce Willisâ€™ oldest child. Â She is making a path as an actress but is being part of this season her coming out party as her own person?

Do you have a favorite couple or are you waiting to see who brings it? Anything can happen on the new season!

Dancing with the Stars Season 20 airs Monday nights at 8/7c on ABC.

Once Upon a Time "Enter the Dragon"