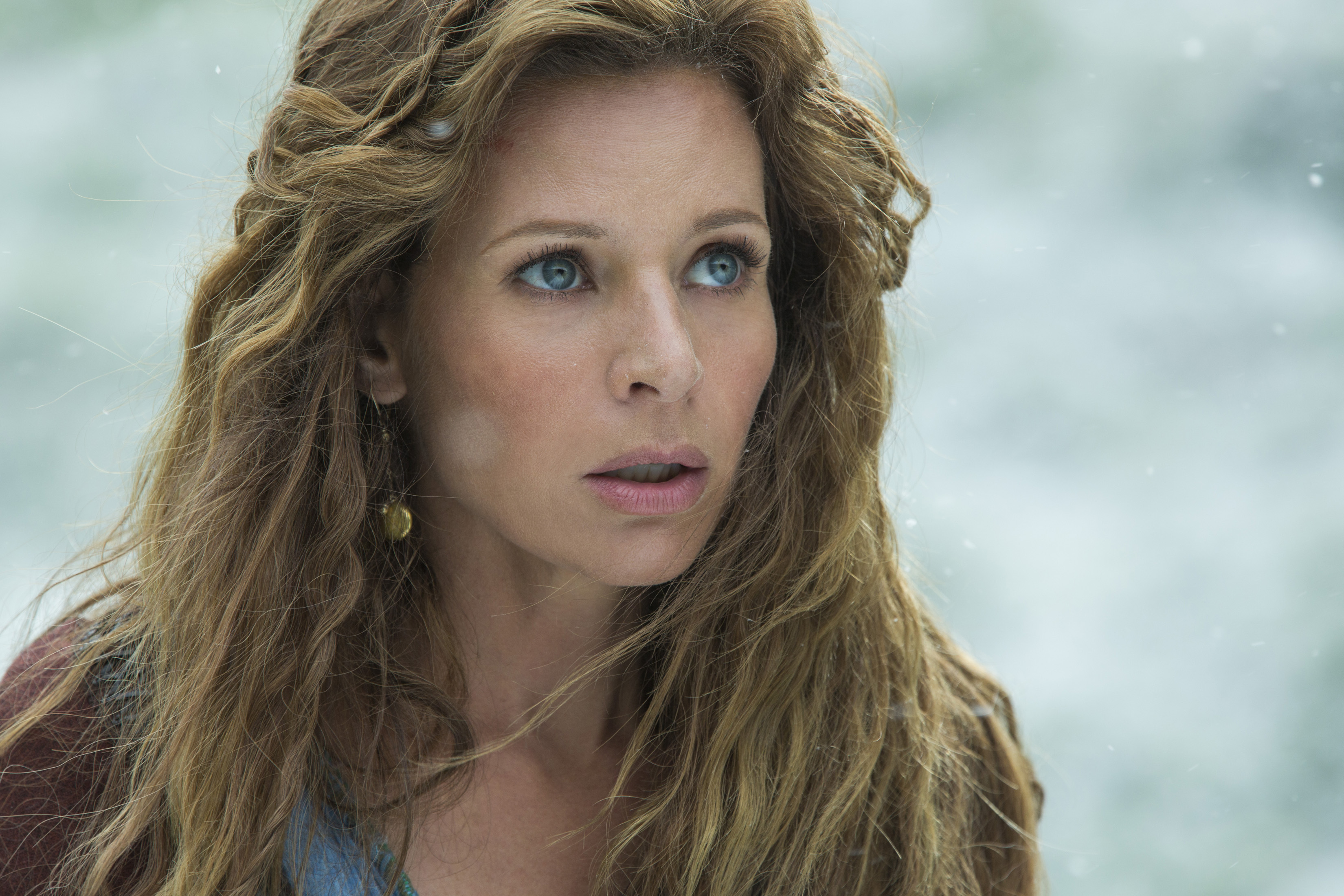 So far Vikings season three has consisted of bloody battles and sacrifices in Wessex, a mysterious drifter that has shakenÂ up the lives at Kattegat; a coup in Hedeby and King Ecbert completely enchanted with Lagertha. Tonight on HISTORY, the saga continues…

Synopsis for â€œScarredâ€:Â The victorious Wessex/Viking forces return to Wessex but there is rancor in the Viking camp – Floki is angry over the alliance with Ecbert and is resentful the influence that he feels Athelstan has over Ragnar.Â  Princess Kwenthrith makes some calculating political moves following the battle at the Hill of the Ash in Mercia. Visitors from the past arrive in Hederby, at Kalfâ€™s invitation.

In “Warrior’s Fate,” Harbard, the mysterious Wanderer, made himself comfortable at Kattegat. He told stories…bandaged upÂ his wounds…and helped take Ivar’s pain away.Â There seemed to be a catch, however. Not long after Harbard used his healing skills on Ragnar and Aslaug’s son, two of the villagers’ kids were found dead at sea. Is there a link between these two occurrences? Something tells us there is. Even The Seer is wary of the new guy. In a recent press call, Kevin Durand gave us a heads up.Â Tonight’s episode of Vikings is very important to the Harbard mystery. It’s about to be unraveled.

Kevin Durand:Â Well I have to say the fourth episode is probably the most impactful one. Harbardâ€™s actions will pretty much change the course of action for all of the other characters in that episode and he leaves a pretty deep kind of a wound I guess – a deep mark – and I would say that thatâ€™s probably the one that has the most impact.

This sneak peek for tonight’s episode features Harbard zeroing in on Aslaug:

Outlander Preview: “By the Pricking of My Thumbs”

Graceland Preview: Three Things You Should Know About “O-Mouth” [PHOTOS and VIDEO]