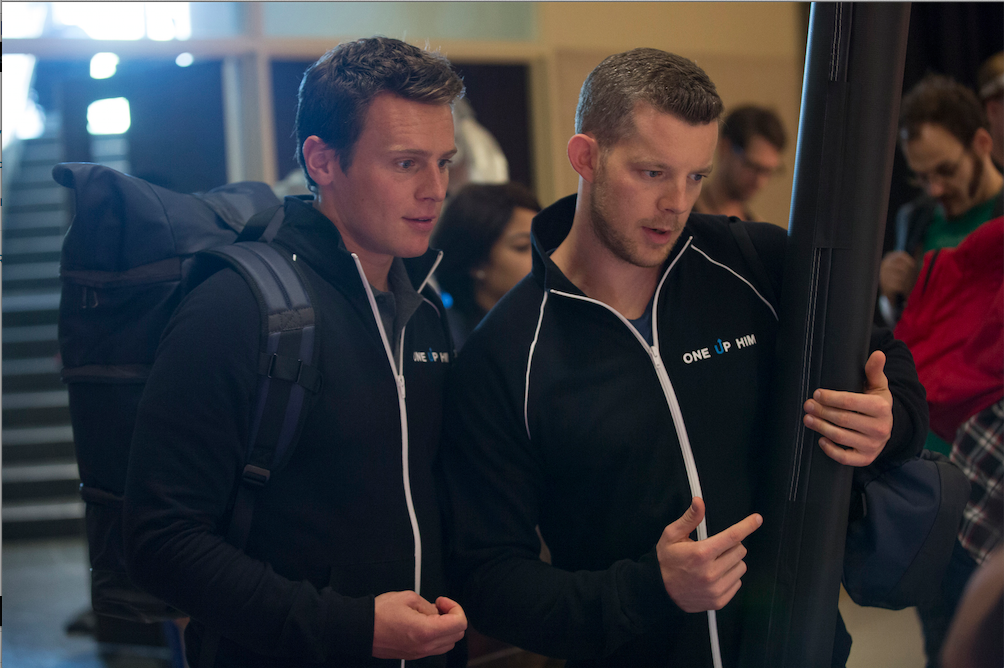 So much happenedÂ during last week’s fabulous and emotionalÂ episode of HBO’s Looking. The death of Doris’ dadÂ prompted a visit home for her and Dom. Patrick went along for the ride afterÂ the embarrassing events of the Halloween party.

We learned about Dom and Doris’ teen years. Their sex-capades were good for him…not so much forÂ her. We met Doris’ aunt — played by the great Mary Kay Place. And we found out Dom’s mom is still alive. After Dom’s cemetery drive by “coming out” to his dad, the group got into a car accident. Patrick was the one who walked away with the most injuries. Doris decided to donate her inheritance to Dom and his chicken window. And when theÂ trio returnedÂ to San Fran, Kevin was at Patrick’sÂ place waiting for him. He broke up with Jon and wanted to be with Patrick. Patrick, of course, said yes.

In tonight’s episode,Â Patrick and Kevin navigate life as a couple.

Synopsis for “Looking for Glory”:Â Patrick is eager to present his new game app with Kevin (Russell Tovey) at the upcoming GaymerX convention, but soon worries that their app may not be ready yet. Dom shows Doris and Malik (Bashir Salahuddin) the progress on his chicken take-out window. AgustÃ­n (Frankie J. Alvarez) is forced to confront his underlying fears about having protected sex with HIV-pos Eddie (Daniel Franzese).

-GaymerX provides a bit of a wake-up call for Patrick and Kevin. And it all begins with this guy thatÂ Patrick interacts withÂ at the convention:

-After a week off, AgustÃ­nÂ and Eddie are back and facing their own drama. AgustÃ­n’s now in a relationship with a man who’s HIV positive. So he has to deal with some of his fears. Will he step up and work though them or will he engage in classic avoidance?

-Dom’s journey to get that chicken window up and running continues in “Looking for Glory.”Â He’s taking some big risks. Will they pay off? And can he count on all his friends for support? Sometimes following your dream can be a lonely existence.

-Heads up: Patrick and Kevin end up in the same place as Richie and Brady. So conversations — and awkward moments — will take place. You can count on it.

Go Inside Episode 7, “Looking for a Plot”

Three Moments of Goodness from Cougar Town “A One Story Town”

Countdown to Goodness: Supernatural and the End of the Winter Hellatus