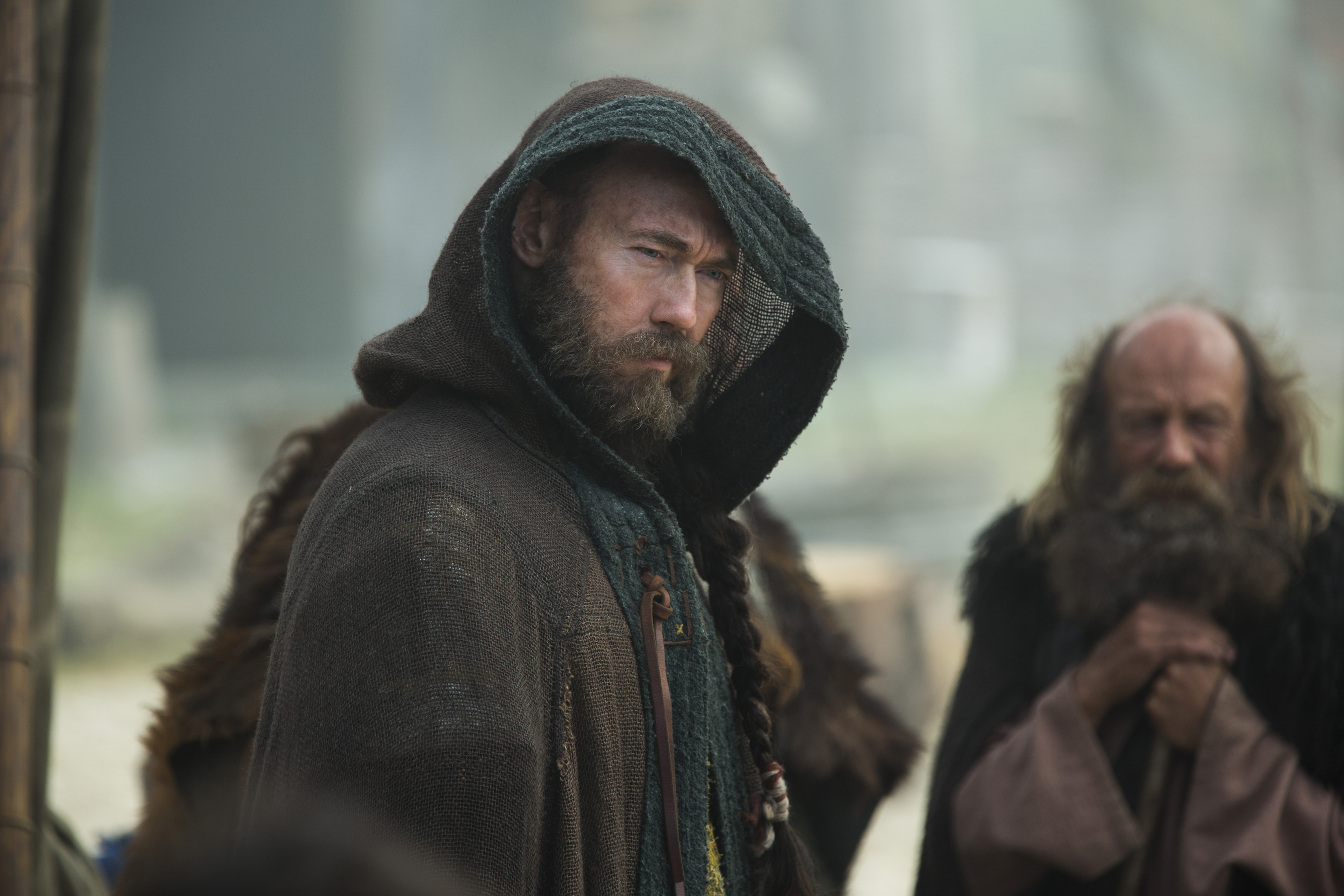 At the end of last week’s episode of HISTORY’s Vikings, The Wanderer arrived at Kattegat. Tonight, prepare to see how his presence affects the village, more specifically, Queen Aslaug, Siggy and Helga.

Synopsis for “Warrior’s Fate”: King Ecbert visits the developing Viking settlement as the first harvest is sown and rebuffs criticism from his leading nobles. The Wessex/Viking forces charge into battle with Mercia. In Kattegat, Harbard arrives in to the Great Hall and his mysterious aura fascinates Aslaug and Helga but Siggy remains suspicious.There are strange and tragic happenings in Kattegat and Siggy suspects Harbard is the cause.

-Queen Aslaug, Helga and Siggy react to The Wanderer’s presence differently…at first. Some of his actions may cause a change of mind.

-The Vikings go back into battle.

-King Ecbert has to deal with doubters. He also continues to be quite taken with Lagertha.

-Meanwhile, King Ragnar has to deal with Floki who raises his own doubts in what the Vikings are doing in England. A sneak peek:

-Last week, TorsteinÂ asked his fellow warriors to amputate his arm. This week, he makes another bold move.

-Siggy visits The Seer to discuss The Wanderer. It doesn’t go well:

-A crisis for Bjorn and Porunn results in a painful Bjorn/Ragnar moment. But Rollo is there for his nephew.

-Get ready to see a farming ritual of the Vikings

To find out more about The Wanderer (played by Kevin Durand) go here.

Aftermath Preview: “A Clatter and a Chatter”