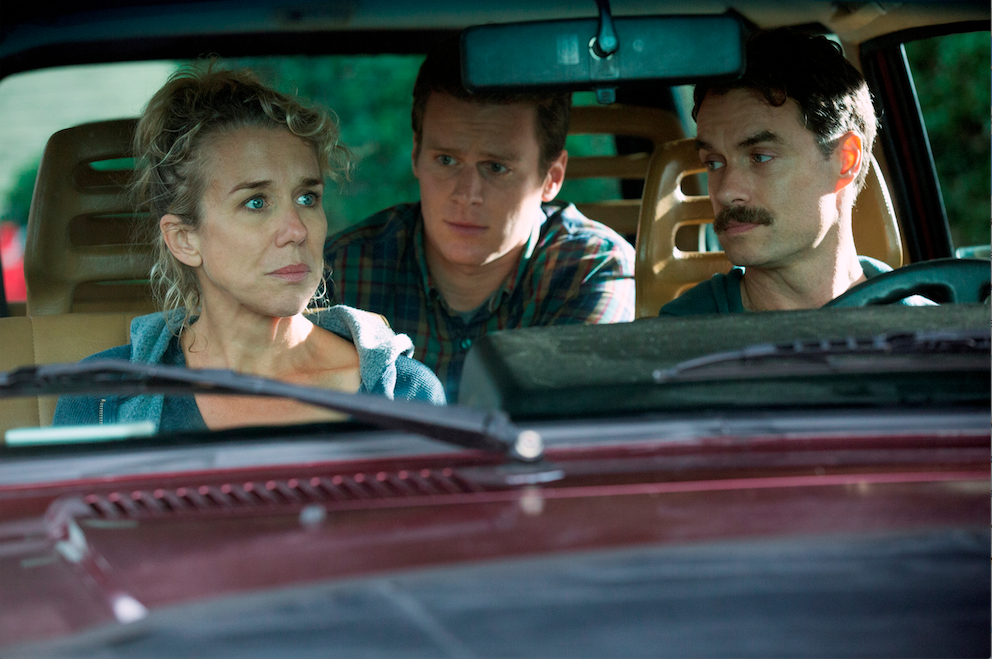 Okay, what did you guys think about Patrick’s monster-sized meltdown at the Halloween Party in last week’s episode? For me, it was an utterly painful moment (in the best way). Something you don’t know about me. I’m a wuss when it comes to uncomfortable scenarios. And this definitely qualified as one.

Let’s just say it took me a while to watch because even though it was a fascinating scene, it made me hurt for everyone involved. For Patrick because he was so far gone and imbibing copious amounts of alcoholÂ along with his epic rant was the way he chose to deal with it. I also feltÂ for Dom, AgustÃ­n, Richie and Kevin. Because they had to seeÂ someone they care about be so out of control. Some of the things their friendÂ said were painful. I actually thought he was going to go much further — especially since Kevin so stupidly brought Jon to the party. But in the end, don’t you think that Jon may have been clued into the fact that something may be up with his relationship with Kevin?

On Feb. 25, TV Goodness attendedÂ an event that celebratedÂ HBO’s Looking. The Paley Center for Media presented an evening with the cast and producers of the show.

There we got the chance to talk to Jonathan Groff about the Kevin/Patrick/Richie situation as well as Patrick’s holidayÂ breakdown.

This week’s episode is alreadyÂ one of my all-time favorites. ItÂ is Lauren Weedman’s biggest episode of Looking to date and she knocks it out of the park with her performance. So do Murray Bartlett and Jonathan Groff.

Synopsis for “Looking for a Plot”:Â After learning of a sudden death in the family, Dom (Murray Bartlett) and Patrick (Jonathan Groff) travel with Doris (Lauren Weedman) to Dom and Dorisâ€™ hometown of Modesto, where they revisit old haunts and attend an emotional funeral.

-Things pick up the morning after poor Patrick’s meltdown. The guy is hurting. And not just emotionally.

-Dom and Doris goingÂ to the place where they grew up is everything. WeÂ learn so muchÂ about these two in this episode. We learn about their friendship, their connection and we learn about their family situations. This show takes us on a wonderful journey. At the Paley Center celebration, we talked to Murray and Lauren about this great episode.

-We’re not the only ones to learn more about Dom and Doris. So does Patrick.

-Patrick has a weird moment at the funeral. Not sure why he reacts the way he reacts. Would love to hear your thoughts on this moment.

Looking airs Sunday night at 10/9c on HBO. Make sure to check back here at TV Goodness for more interviews fromÂ Paley Center’s An Evening with HBO’s LookingÂ press line.

Girls Preview: "Ask Me My Name"