Okay, this is it. The season finale for Bravo’s Girlfriends’ Guide to Divorce airs tonight. How did we get here so quickly? Thankfully, this show will be back for a second season.

Abby and Jake were thisclose to kissing at the end of last week’s episode. Phoebe broke up with Marco after her modeling past came back to haunt her in the form of a famed photographer she used to work with when she was young.Â Delia’s quest for partnership hit a major snag when Gordon Beech decided to take his business elsewhere. In the end, he decided not to sabotage her career and made a big romantic gesture designed to get her back. And Jo’s daughter, Zoey, found herself in trouble for shoplifting. Emotions were at an all-time high. And now it’s time to see how the characters react — will they stay strong while all this drama is going on?

Synopsis for”Rule #101: Know When it’s Time to Move On”:Â As Abby (Lisa Edelstein) gets ready to sign the divorce papers, Jo (Alanna Ubach) insists upon throwing Abby a divorce party and Will (Warren Christie) wants to celebrate by taking her to Mexico. However, Jake wants to commemorate the dissolution of his marriage from Abby in a most unexpected way. The truth about Phoebe (Beau Garrett) and Koriâ€™s (Suki Kaiser) past is revealed.

-Both Jake and Abby’s careers are on the rise.

-Jake and Abby deal with what could be considered a very amicable divorce. There were some fraught moments along the way, but for the most part, everything went relatively smoothly. Now it’s time to sign on the dotted line. A sneak peek:

-Jo throws Abby a divorce party whether Abby wants her to or not. It turns out to be a very cathartic experience.

-Expect to learn more about Phoebe’s past with that famous photographer. Things come to a head between them in this episode. A sneak peek:

-Delia’s worst fears may be realized. She learns about her fate at the law firm. And we learn a little bit more about what makes her tick when it comes to relationships.

-Jo and Zoey have to deal with the shoplifting situation. Things get very emotional when Zoey wants something Jo’s not willing to let her have.

-Max and Ford are back in this episode. Their relationship continues to feel cold and distant.

The Girlfriends’ Guide to Divorce season one finale airs tonight at 10/9c on Bravo.Â Leading up to the finale, viewers can catch up on GG2DÂ with a marathon airingÂ todayÂ from 6am – 3pm ET/PT.

Fun Fact: GG2D creator Marti Noxon’s sister-in-law is Jenji Kohan, the creator of the hit Netflix series, Orange is the New Black. Hence, the theme for last week’s crazy school fundraiser. She talks about it here: 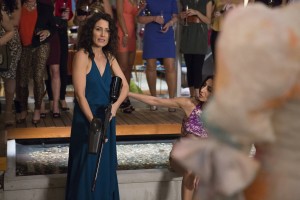 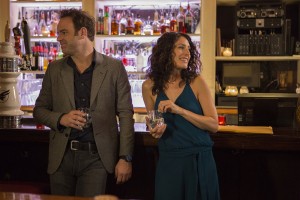 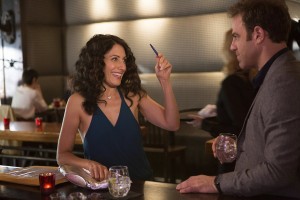 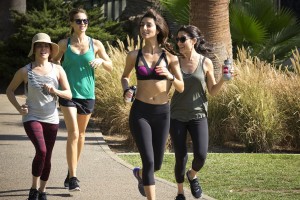 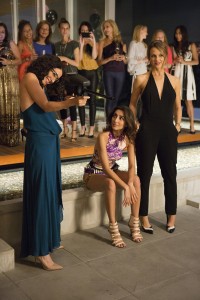