The Walking Dead “The Distance” 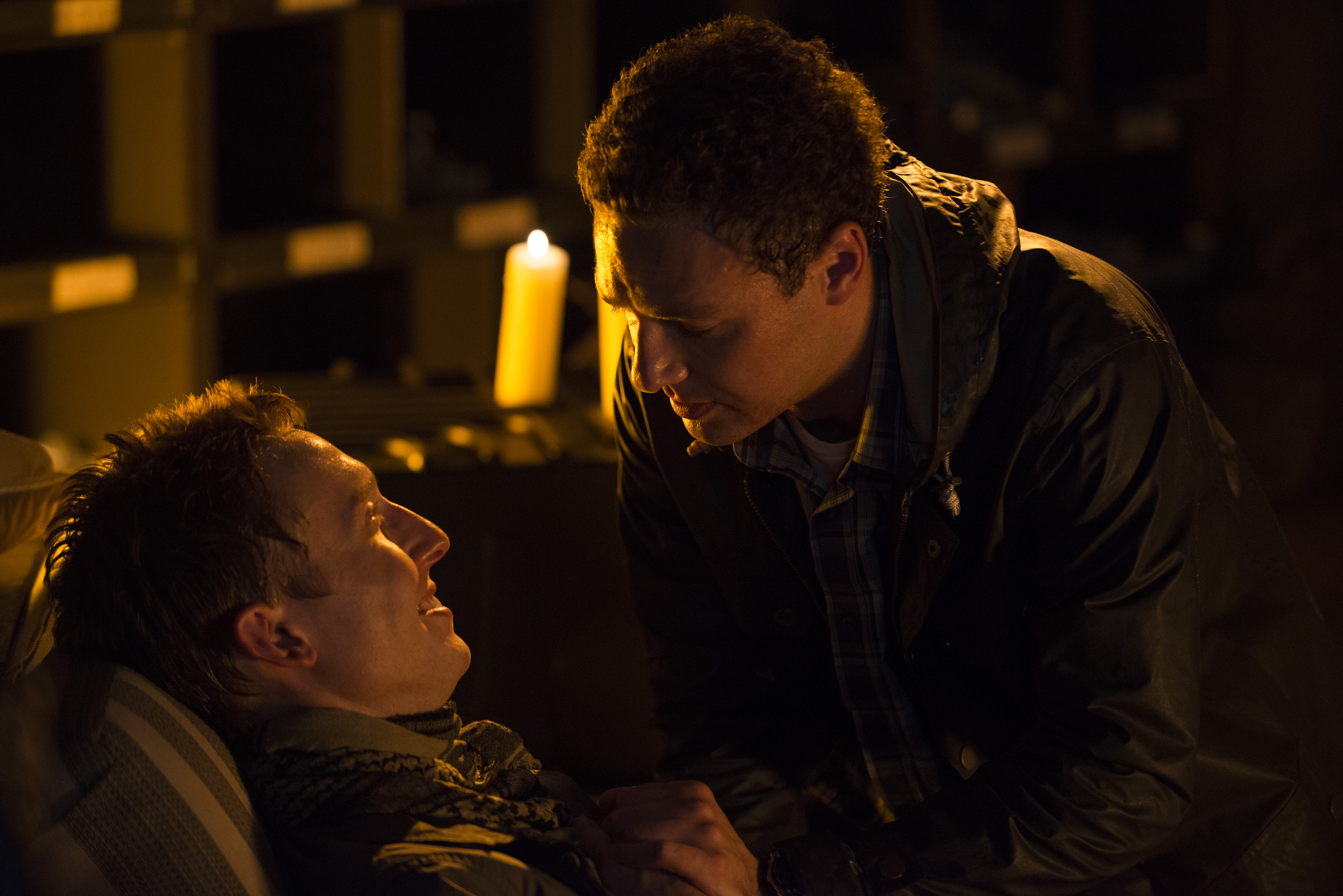 Rick Grimes is not the man you want running the welcome wagon. InÂ this installment of The Walking Dead, titled “The Distance,”Â Rick refuses to trust newcomer Aaron even as they walk up to the gates of the Alexandria Safe Zone.

Rick didn’t trust Aaron the second he walked into the barn. Despite Aaron’s attempts at jokes about auditions and dance troupes, Rick and Co. remained unamused. The more Aaron went on talking about his community and showing them pictures, the more Rick looked annoyed by someone who must have ulterior motives. So of course he punched him the face.

ReadersÂ of the comics have been waiting for the introduction of Aaron and the Alexandria Safe Zone for a while now.Â I’m not going to spoil the non-comic book readers about whether or not Aaron and the Alexandria Safe Zone are the real deal. I’ll let Wikipedia do that for you. However, based off of first impressions in the show, Aaron seems beyond sketchy to a group that’s dealt with their fair share of sketchy villains.

I wish Rick had been acting this paranoid and distrusting a long time ago. The group could have used this kind of hesitation when it came to Woodbury or Terminus. Rick even made Aaron eat the applesauce before he gave it to Judith. Despite Rick’s stance on the Aaron situation, Michonne had no problem standing up to him and voicing her opinions.Â Michonne wants to trust that there has to be some good people left in the world in spite of what they’ve been through as a group. Better watch all that moral compass talk Michonne!

After discovering Aaron told the truth about the vehicles, the gang decided to go with him to Alexandria, but only if they got to take their own route. Maybe they should have listened to Aaron on this one. Rick got himself, Michonne, Aaron, and Glenn surrounded by walkers in the middle of nowhere. Glenn almost got bit by a walker and saved Aaron’s life. I’m very worried that Glenn might be the next major character to go. I really hope not, but something inside me is worried for him.

After reconnecting with the rest of the group via the flare gun, we were introduced to Eric. It has been in the works for a while to bring in Aaron and Eric as the first gay characters on the show. It wasn’t difficult to see the connection these two people had with each other even though we just met them. Aaron refused to leave Eric’s side even though Rick was still suspicious. Thankfully Glenn pointed out the fact that they were unarmed and Eric had a broken ankle. There’s no way they could ambush them during the night. The rest of the group is ready to believe in Aaron’s story.

The following day, Aaron lets Noah know there is a surgeon inÂ Alexandria who could help him with his limp. While driving, Rosita and Abraham see Washington D.C. in the distance. There had been tension between them, but this helped to lighten their moods. I almost groaned when the RV broke down. Not another obstacle! Thankfully Glenn pointed out how there was an extra battery stored away. I assume this was a nice callback to the original moral compass, Dale,Â and his teaching Glenn about fixing RVs back in season 2.

Michonne reminded Rick that he couldn’t let the fight take over him. It’s okay to hope. Still, he felt the need to hide a gun in a blender next to an abandoned house. Perhaps this is like Terminus when they hid the bag of guns outside the compound. As they rolled up to the Alexandria Safe Zone gate, Rick focused in on the noises. He heard kids playing. Good sign?Â Despite his reservations, he picked up Judith and headed toward uncertainty. But not before Carol gave him her two cents: “Even though you were wrong, you’re still right.”

I was a lot happier with this episode than the last installment. I’m thrilled we’ve finally arrived at the Alexandria Safe Zone. What is left up in the air is whether or not the writers will divert from the comics on this particular storyline. Either way, I’m excited to see how the gang interacts with new people, and whether they can trust them.

– Is Aaron telling the truth about Alexandria?

– Will Rick continue to be paranoid?

– Will Michonne regret putting her faith in Aaron’s promise of a safe place?

– Does the Alexandria Safe Zone have diapers for Judith? That little girl must have the worst makeshift diapers out on the road.

Check out a sneak peek of the next episode titled “Remember.”

Once Upon a Time “Sympathy for De Vil”

We Need to Know: What is the Crowes’ End Game on Justified? [VIDEO]