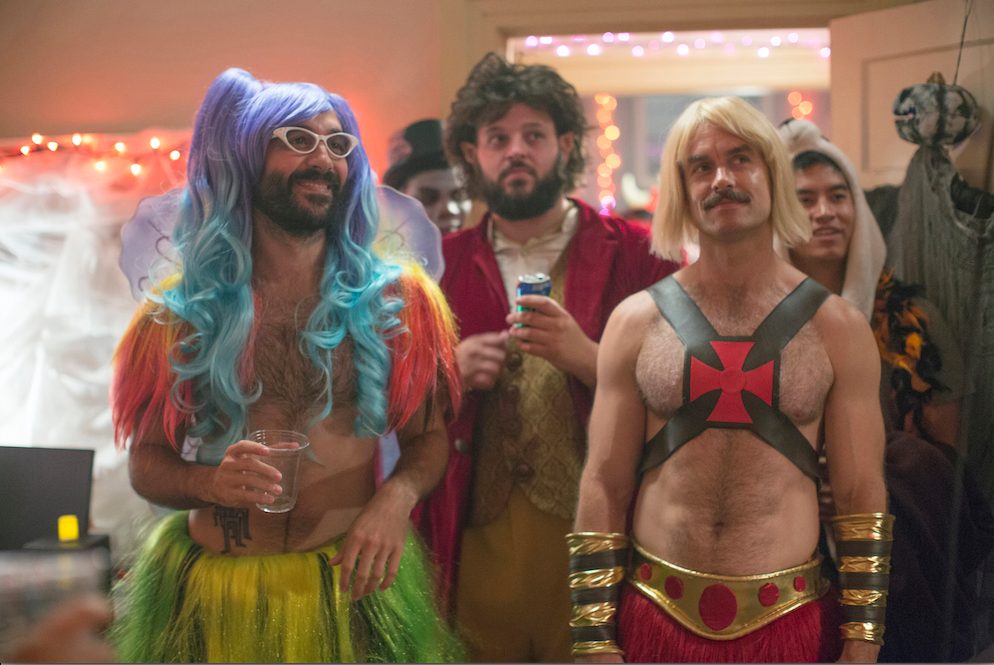 We’re not going to lie. The drama gets scary during this week’s Halloween-themed episode of HBO’s Looking.Â

Synopsis for “Looking for Gordon Freeman”: Patrick decides to be a â€œfun gayâ€ by throwing a Halloween party, dressing up as his favorite video-game character. AgustÃ­n suggests that Eddie stay over after the party, but Eddie doesnâ€™t want to move too fast. Forgoing her usual joint costume with Dom, Doris agrees to a couples costume with Malik (Bashir Salahuddin), though sheâ€™s hesitant to define their relationship. Eddie brings a friend to the party for Patrick, whoâ€™s distracted by Richie and his new beau, Brady (Chris Perfetti). Written by JC Lee; directed by Jamie Babbit.

We’re not going to tease too much this week because we just want you to watch and enjoy and be surprised.

-What we will say is that Patrick’s plan to be a “fun gay” doesn’t quite work out that way. There’s a section of the episode that’s going to be painful to watch. But the drama that erupts isÂ really fascinating. Kudos to Jonathan Groff for this scene.

-Love the Halloween costumes.Â AgustÃ­n’s choice hopes to get him a little extra quality time with Eddie; Patrick’s requires an immense amount of explanation; and Dom’s is spectacularly pec-tacular.

-Doris’ story arc continuesÂ to develop. In “Looking for Gordon Freeman,” she angsts over her relationship with Malik.

Podcast will be live on www.soundcloud.com/lookinghbo at 10:30 pm ET this Sunday.

–On Wednesday, February 25, The Paley Center for Media is presenting a panel withÂ the cast and producers of Looking.Â

The Paley Center for Media presents an evening with the stars and producers of Looking, HBOâ€™s meditation on the lives of three friends living, and loving, in modern-day San Francisco. The show is in the midst of its acclaimed second season. With real-life Bay Area locations serving as a backdrop, the trio’s stories intertwine and unspool dramatically as they search for happiness and intimacy in an age of unparalleled choices — and rights — for gay men. As Collider noted, LookingÂ is not easy to define, except perhaps to say that it is a series of vignettes about love, friendship, and life in oneâ€™s 30s. Though the men ofÂ LookingÂ struggle to understand themselves, watching them do so is no struggle.Â  It is, in fact, an unhurried pleasure.â€ The Paley Center gathers members of the cast and creative team for a special screening and look behind the scenes. The conversation will also be added to the Paley Centerâ€™s LGBT Archive.

Inside Episode 5 “Looking for the Truth”