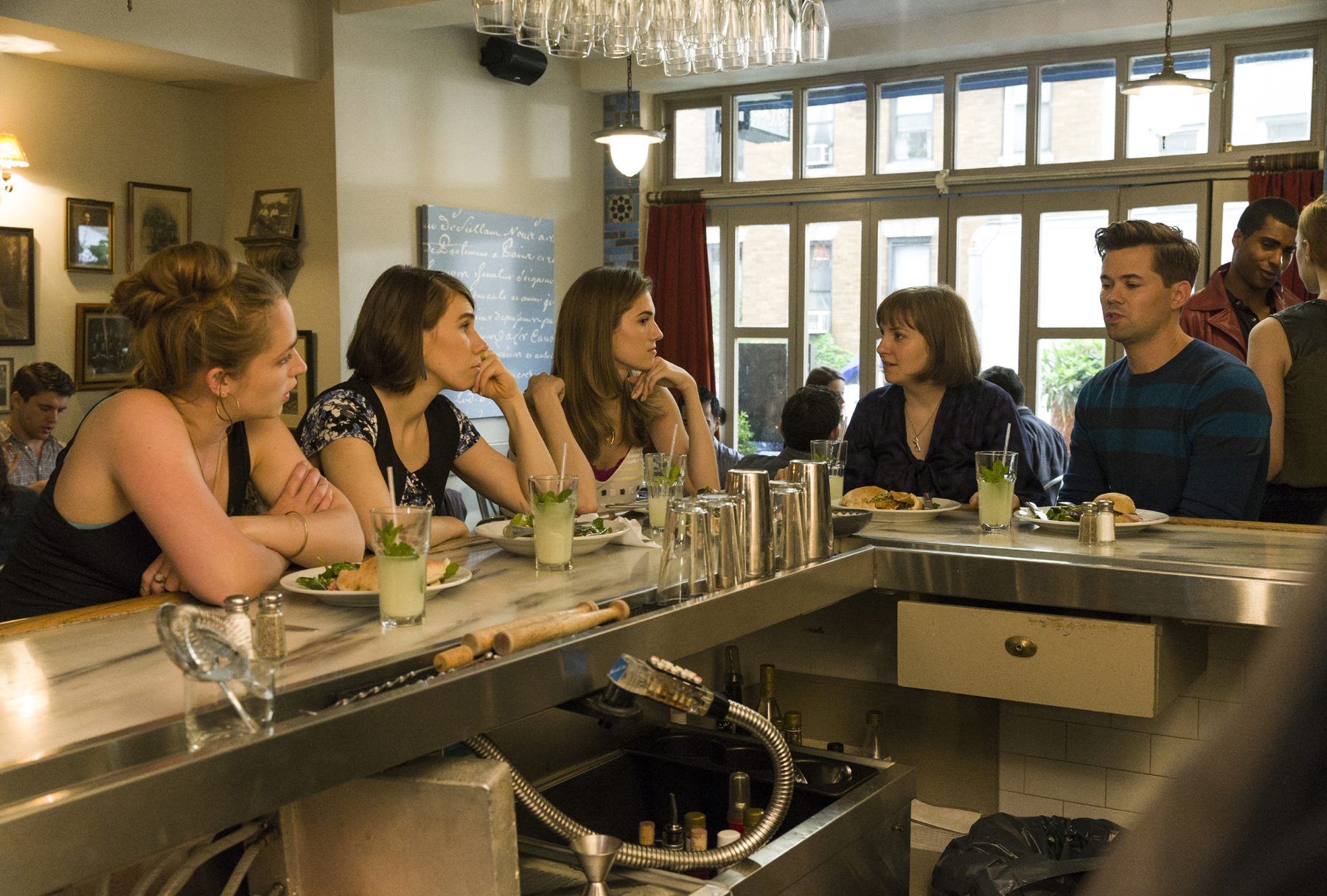 Last week’s episode of HBO’s Girls showed a Hannah that planted herself in her apartment and in her bedroom. She took a stand. It was as if she felt her relationship with Adam couldn’t end if she never set foot outside her apartment.

But she and Adam inevitably had to have that end-of-the-relationship conversation, which was a really emotional but great moment for the series.Â Hannah did an admirable job keeping her shit somewhat togetherÂ even though her heart was breaking into a million little pieces. Before we get to the intel on tonight’s episode, here’s a look back atÂ the events of “Sit-in.” Girls star, Lena Dunham, takes you through the whole thing step by step.

In tonight’s episode, revelations and epiphanies impactÂ several of the characters. A preview:

HBO Synopsis for “Close Up”: Soul-searching leads Hannah to an epiphany. Meanwhile, another disastrous interview for Shoshanna ends in a positive; Ray attempts to solve his neighborhood noise issue at a community board meeting; Marnie and Desi disagree on how to define their sound; Adam is shocked by a revelation.

-Elijah’s back in NYC and he’s as witty as ever. And he gloriously sports teeny tiny underwear.

-There’s a scene involving Hannah, Elijah and Cinnamon Toast Crunch that is so funny and shows Hannah is still a bit unhinged from her recent break-up.

-Two notable guest stars appear in “Close Up.”Â In addition to Community‘s Gillian Jacobs, Parenthood‘s Jason Ritter and comedian Marc Maron join the action. Ritter’s involved with Shoshanna’s storyline. He interviews her for a job. And, as the synopsis states, things don’t go well. But then there’s a bit of a surprise twist. Marc Maron shows up in Ray’s story arc…the one about the nightmare traffic situation outside of his apartment. Ray, of course, amps things up to a whole new level.

-There’s a scene whereÂ Hannah, Shosh, Marnie and Jessa are allÂ together and conversing. With Hannah being in Iowa and then each of her girlfriends trying to coax her out of the bedroom individuallyÂ last week, we haven’t been getting scenes where all four Girls are involved. Bonus: Elijah’s present and accounted for as well.

-The Adam/Mimi-Rose Howard relationship trajectory in this episode is a bit insane. But we’ve come to expect that of anything that has to do with Adam. It’s interesting to see how these two each see their relationship. It might cause Adam to make a shift in his thinking.

-There’s anotherÂ couple that sees their relationship differently…Desi and Marnie. And it’s not about their romantic relationship (although that might get affected). It’s about the way they see their musical partnership. This definitely causes some havoc. And it leads Marnie to make a revelation about her boyfriend, although it’s not a shocker to anyone.

-Two people find a purpose: Ray and Hannah. Now whether they’ll stick with this purpose remains to be seen.