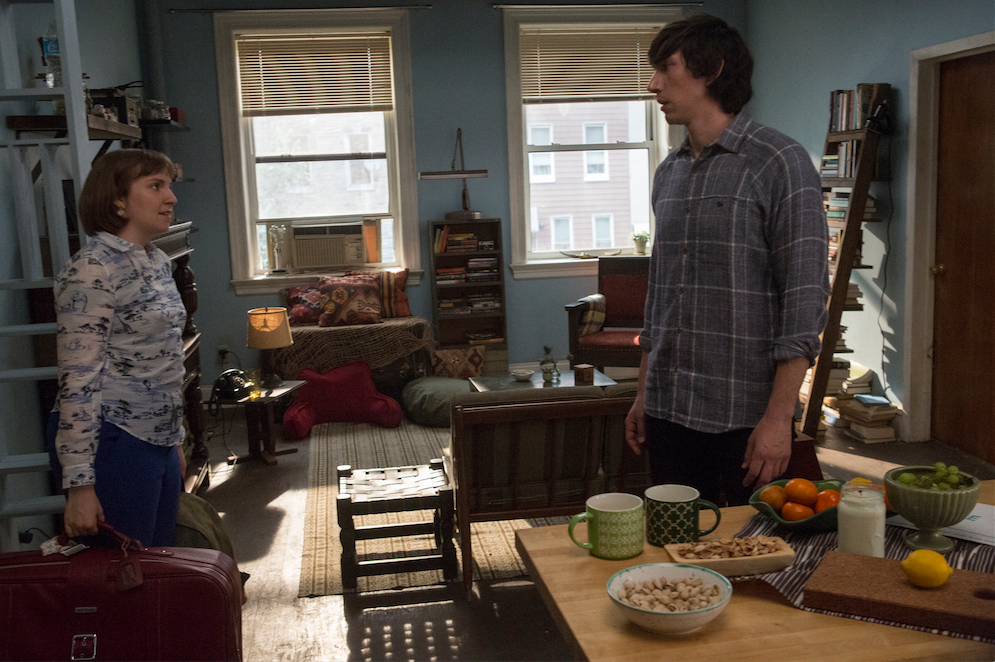 At the end of last week’s episode of HBO’s Girls, Hannah made the decision to leave Iowa and grad school. She didn’t play well with her fellow students. Did she cut and run too soon? Or did she do the right thing? It seemed like the right decision to make. Don’t know if things would have ever gotten better there. But here’s the thing. New York isn’t ever going to be the same for her.Â Because sheÂ was on the business end of a big surprise when she got home to her apartment. Here’s what Girls creator, Lena Dunham, had to say about the events of last week, including Hannah’s encounter with Adam and Mimi-Rose Howard (Community‘s Gillian Jacobs).

In tonight’s episode, the dramaÂ picks up right where things left off at the end of “Cubbies.”

Synopsis for â€œSit-Inâ€:Â Friends try to help Hannah through a crisis; Hannah and Adam have an honest conversation about their relationship.

-Hannah doesn’t handle finding out about Mimi-Rose well. But who would in the same situation?

-Ultimately, each of her friends tries to help her with her predicament. And they all do so in their own trademark ways. Marnie probably gives Hannah theÂ best advice. Unfortunately, it may be the hardest to follow. Ray is surprisingly present for Hannah although, at the same time, he has a one-track mind when it comes to the awful traffic situation outside his apartment. Jessa’s brand of comforting is not so comforting to Hannah. Shocking, right?

-Like the synopsis says: Adam and Hannah are able to have an honest conversation about their relationship. It’s mature and painful and theÂ characters show someÂ depth. We’re not just talking Adam here. It’s one of the best and most emotional moments of the episode. Loved the way Lena and Adam Driver played this scene.

A Gift of Miracles Preview