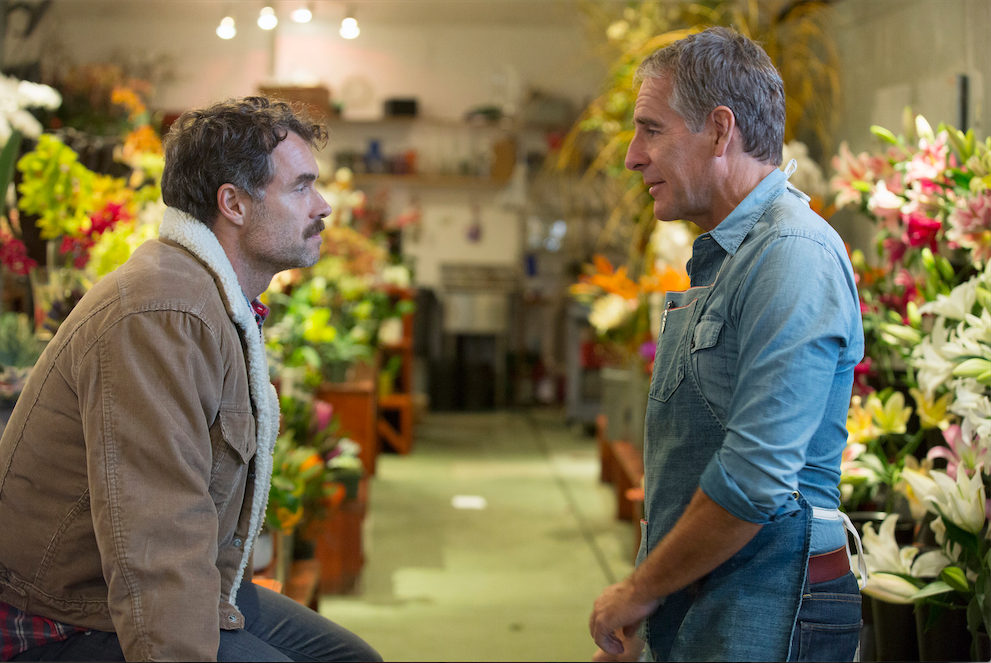 After a week off, HBO’s Looking is back. WhileÂ AgustÃ­n makes a change for the better, Patrick and Dom deal with their respective relationships. They both question what’s going on with the men in their lives.

Synopsis for “Looking Down the Road”:Â As he tests the waters with Richie (RaÃºl Castillo) to see if they can still be friends, Patrick (Jonathan Groff) starts questioning his relationship with Kevin (Russell Tovey) after spotting him at the farmersâ€™ market. AgustÃ­n (Frankie J. Alvarez) gets inspiration from spending a day at the shelter with Eddie (Daniel Franzese); Doris (Lauren Weedman) helps Dom (Murray Bartlett) set up a Kickstarter campaign; later Dom is greeted by an unexpected guest at Lynnâ€™s (Scott Bakula).

-Love the title of the episode, “Looking Down the Road.” That’s exactly what everyone’s doing in this half hour.

-Patrick and Richard reconnect and try to forge a friendship. This involves them coming clean about certain things going on in their lives. A brief sneak peek:

-Dom and Lynn share quite the interesting evening. But, ultimately, it makes Dom wonder where he stands with his significant other.

-AgustÃ­n starts to create a life for himself. One that requires him to show some growth and responsibility. It’s nice to see this side of him after having hit rock bottom. A sneak peek:

-Dom turns to Doris for support. And not just for help making his dream happen.

-Patrick continues to struggle with his place in Kevin’s life.

-Someone utters these wise words –Â “You don’t want to be in deeper than the person you’re with. It’s never good.”

Looking airs Sundays at 10/9c on HBO. Go Inside the show’s third episode of season 2 to help get you ready for tonight: