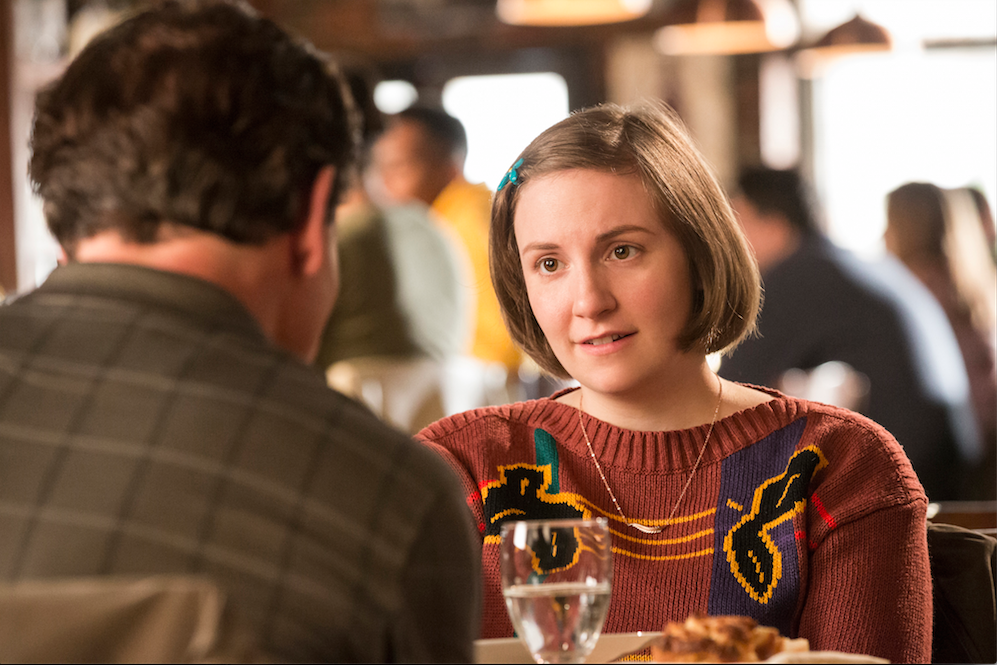 Thanks to the SuperBowl, HBO’s Girls had the week off last Sunday. But don’t worry. Tonight, the comedy returns with a strong episode.

Hannah (Lena Dunham) is confronted by her classmates after leaving a non-apology apology letter in their cubbies.

After being rejected at yet another job interview, a frustrated Shoshanna (Zosia Mamet) spends a day with Ray (Alex Karpovsky).

-A couple of big decisions are made. In one case, it may be the right decision to make. But it immediately leads to some major turbulence. The other decision is questionable. Not sure it’s going to lead to anything good.

-Marnie gets some honest feedback courtesy of Shoshanna and Jessa. (Love this scene, by the way)

-The confrontation between Hannah and her grad school class is hella uncomfortable.

-One character’s on the verge of a meltdown. Good thing he has a friend to help him out.

-Hannah’s dad visits. He gives his daughter some life advice. Will she follow it? Can we just say that we love it whenever Peter Scolari appears on this show?

-Shoshanna gets a lot of face time in this episode as she struggles with not having a job. She also spends a lot of quality time with Ray. She makes a speech to him that’s surprisingly grown up of her.

Girls is all new tonight at 9/8c on HBO. Refresh your memory on what happened in the last episode:

Looking Preview: "Looking Down the Road"