Nashville â€œIâ€™m Not that Good at Goodbyeâ€ 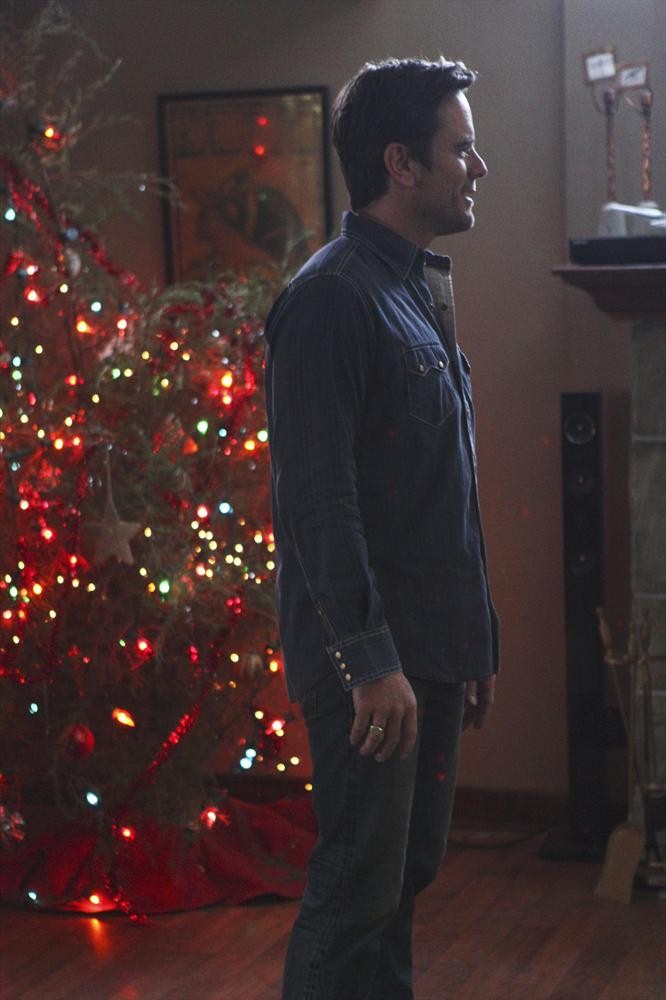 Iâ€™ve been waiting with baited breath since before Christmas to find out what happens next on Nashville, and it was worth the wait.Â

In the winter finale, Rayna called off the wedding, Layla was floating face down in Jeff Fordhamâ€™s pool, Gunnar found out heâ€™s NOT Micahâ€™s daddy, Sadie Stone got punched in the face and Deaconâ€™s got the cirrhosis and maybe the big C. If there had been a dog in that episode, it would have died. Thank goodness at least Juliette and Avery had a happy ending with a sweet courthouse wedding because everyone else was having the worst day ever.

Not that the next day is much better. A lot of goodbyes in this oneâ€”and none of them good. We start where we left off last year, with Rayna driving away after jilting Luke. And he is pissed. Like plowing-thru-a-wedding-cake pissed. Like couriers Rayna the wedding bill 20 minutes after she gets home. Like SHOWS UP AT DEACONâ€™S FRONT DOOR. Which was awesome. I could watch those two men fight on the front lawn all day long.

Meanwhile, Rayna breaks the news to her girls about the cancelled wedding and they are both upset but for different reasons. Maddie immediately brings up Deacon and Daphne is upset that Lukeâ€™s daughter isnâ€™t going to be her sister anymore.

Bad news travels fastâ€”Deacon and Luke have barely brushed the dirt off their wranglers before video of them fighting circles the earth faster than you can say YouTube.

Even though I have always been unabashedly #TeamDeacon, I felt a little sorry for Luke. But that quickly disappeared when he basically tells Rayna once again how insignificant she and her career was before she hitched herself to the Ruke wagon â€” all while firing a revolver at their wedding champagne. Even his own kids think Lukeâ€™s a jackass when they overhear him tell his publicist to throw a party at the ranch that night to celebrate his fresh bachelorhood.

Deacon, meanwhile, sees the doctor and yesâ€”he has cirrhosis and tumors on his liver. But when Rayna shows up at his house after the cancelled wedding hoopla dies down, is it all about him? No. Even when the love of his life finally says the words heâ€™s been dying to hear, he tells Rayna to take all the time she needs and doesnâ€™t even mention his diagnosis. This is why I am #TeamDeacon, people.

Over at the hospital, Laylaâ€™s attempt at goodbye is interrupted by doctors and Jeff Fordham is using his friendship with Mayor Teddy Conrad to keep the press and police off his trail. Will Lexington figures out Jeff gave Layla the pills and tells Jeff that heâ€™s got to make things right again for Layla. Finally, Jeff does something redeeming and cancels the reality show, threatens the producer with a destroyed career if she doesnâ€™t get rid of the secret camera footage outing Will and sits down next to a sleeping Layla. For a moment I think maybe he isnâ€™t just doing damage control. Stop trying to make me like you, Jeff Fordham!

Gunnar is still coming to terms with the fact that he is NOT Micahâ€™s father but his uncle, and only hours after learningÂ the truth, finds himself in court with Micahâ€™s grandparents who are trying to take custody away from Gunnar. They force Gunnar to tell Micah the truth about the paternity at the courthouse, which goes over just as well as youâ€™d expect. So, poor Gunnar watches his son/nephew drive away and in a matter of weeks he has lost his girlfriend, Zoey, and now this. Anyone else hoping he and Scarlett get back together?

Now Sadie Stone? Thatâ€™s going to be a tough story line. Sheâ€™s got a huge shiner on her right eye. She buys herself a gun and writes just about the saddest song you ever heard. When her ex shows up banging on her front door again, her fear is palpable as she hides in the shadows, pistol in hand. He ominously says he will be back later which gave me the heebie jeebies. Sadie files a protective order and takes pictures of her injuries and I predict we may soon be seeing a scene like the final one from Sleeping with the Enemy.

The only light-hearted spot in the episode is Juliette and Avery navigating their first day of marriage and trying to make room for Averyâ€™s stuff. It was sweet really, and reminded me of that horrible chair my husband tried to bring into our marriage. Except that Juliette Barnes is nicer than me because I did NOT allow it in the house. But in my defense, Averyâ€™s chair was a cool mid-century piece, whereas my husbandâ€™s chair was a pleather piece of… well, let’s just say I was pretty good at saying goodbye to that.