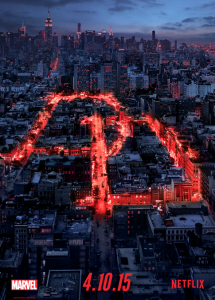 We’ve been excited about this series for ages and now that premiere is only a few months away, we can barely contain our excitement. Have you seen the new trailer?

We aren’t that familiar with the source material, but we might have to take a quick course in all things Daredevil before April. Who’s with us?

Blinded as a young boy but imbued with extraordinary senses, Matt Murdock (Charlie Cox) fights against injustice by day as a lawyer, and by night as the Super Hero â€œDaredevilâ€ in modern-day Hell’s Kitchen, New York City.

Nashville Preview: "I'm Not That Good at Goodbye"