We’re instantly suspicious of small, idyllic towns. It just seems like the perfect place for dark secrets to be unveiled or for the peace and quiet of a small community to be shattered. We’re not complaining though. When things go wrong in these towns it makes it all that much more dramatic and exciting. So after a brutal and shocking murder in the frontier boom town, lead investigator Sheriff Dan Anderssen is forced to work alongside DCI Morton, a detective who has flown into town from the mainland to contribute his forensic expertise. As the search for the killer progresses, their list of suspects â€“ and suspicions of each other â€“ grows.

In the remote Arctic town of Fortitude, two children make a remarkable find, while the discovery of a horrific crime bring a new arrival to the island that complicates Sheriff Dan Anderseen’s investigation. 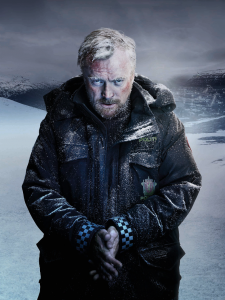 Sheriff Dan Anderssen (40s) is Sheriff of Fortitude, a small town on the island of Svalbard, the northernmost part of Norway. As there is almost no crime, his job consists almost exclusively of search and rescue. He is good at his job and well liked in the town. He is single – and intensely attracted to Elena Ledesma, a Spanish woman who has recently moved to town. 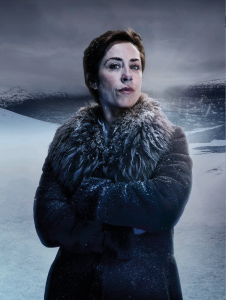 Governor Hildur Odegard (46) has lived on Svalbard for 20 years, first coming here on honeymoon and her husband Eric. While Eric is content to work as a policeman, Hildur has thrown herself into politics, becoming governor of the town 7 years ago.

Hildur’s main concern is the town’s ongoing decline, as the once thriving mines close down. Her flagship project is the opening of an Ice Hotel in the glacier behind the town – it’s taken three years of solid work to get permits and financing for the project, but the boost to tourism should guarantee the town’s existence after the closure of the mines. 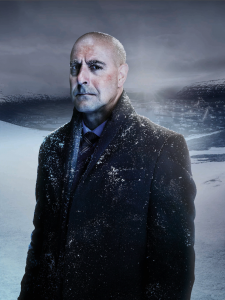 DCI Eugene Morton (52) is a detective on the British police force. He is originally American – a former FBI agent – but has been based in the UK for over 25 years, after falling in love with a local woman when he was investigating the Lockerbie bombing.

DCI Morton has been summoned to Fortitude to investigate the death of a British citizen. Morton is single-minded in pursuit of the truth and doesn’t care who he upsets in the course of his investigating. His methods quickly gain him enemies in the small town – including hostility from the local police force.

Elena Ledesma (33) is a new arrival in Fortitude, carrying a dark secret. The only person who knows about her past is Sheriff Dan Anderssen.

She now works as receptionist, waitress and barmaid in the Midnight Sun Hotel. Dan is highly attracted to Elena, but hesitant to reveal his feelings. 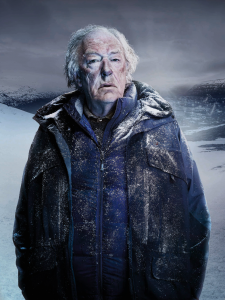 Henry Tyson (76) is an award-winning photographer who made his career and reputation photographing the animals and landscape of the Arctic. He is a powerful, intelligent, independent and proud man who has lived in Fortitude longer than anybody.

Henry has recently been diagnosed with liver cancer, a condition he’s making progressively worse with his heavy drinking. He also faces the prospect of exile to the mainland or back to the UK, as there are no facilities to deal with the terminally ill on the island. 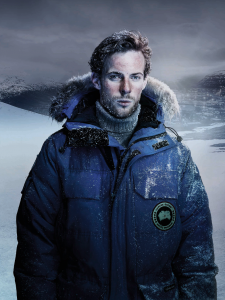 Talented young scientist Vincent Rattrey arrives in Fortitude ready for the adventure of a lifetime and he finds it. He is the newest member of Professor Charlie Stoddardt’s team at the Arctic Research Centre, brought here to investigate the sudden inexplicable appearance of cannibalistic behavior in the polar bear population. Vincent is soon drawn into the strange and terrifying events which threaten the town.

Vincent is authoritative and confident in his field of expertise, but rather less so in his dealing with other people – notably Natalie Yelburton, his beautiful new colleague.