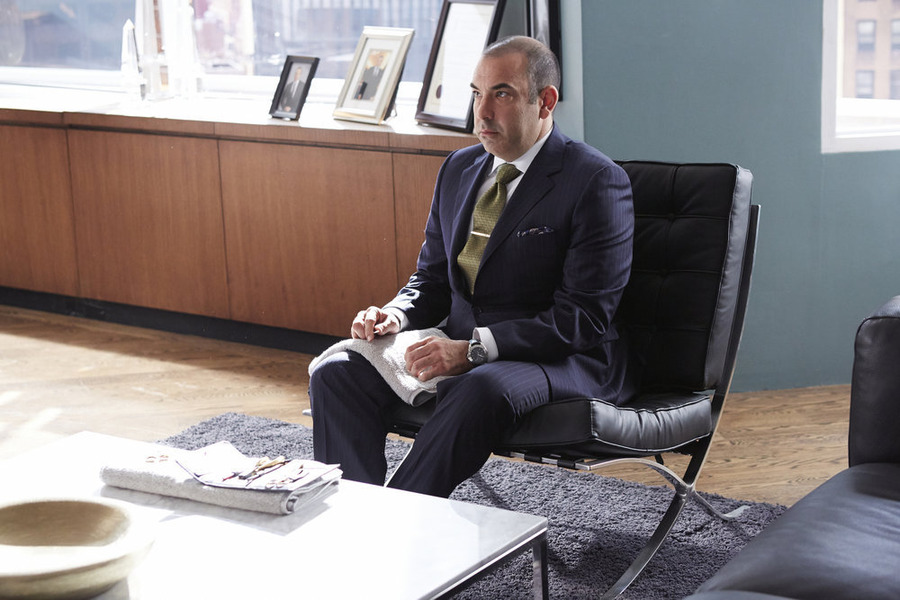 It feels like yages (years + ages = yages) since Suits aired its most recentÂ mid-season finale. Well, we’re happy to report that the hiatus is over. You know who’s not very happy right now? Louis Litt. He’s feeling betrayed. And the only thing that’ll help is being a name partner. Well, that’s not the only thing that’s going to help Louis.

Synopsis of “Enough is Enough”:Â Itâ€™s a new world order as Jessica tries to appease Louis, in the wake of his discovery of Mikeâ€™s secret. The furious Louis buries Mike in a mountain of menial grunt work in the hopes that he will quit â€“ although Mike isnâ€™t the only one who feels Louisâ€™s wrath. And Robert Zane calls in a professional favor with Harveyâ€¦one that comes with personal consequences.

The intensity factorÂ in this mid-season premiere immediately rises to level ten (out of ten). And it pretty much stays at that level for the entire episode. Louis is a force when he wants to be. And, boy, does he want to be. It’s tough to watch because we know that this secret hit Louis where it hurt. The one thing he’s wanted (other than name partner) is to be included with the cool kids. Before this, he was close to getting that. After all, he and Donna had developed a real friendship. Or so he thought.

Not being in on the secret that Mike Ross is a fraud blew those notions up big time. And now everyone has to deal with the fall out. What’s fascinating is to see the reactions to a Louis Litt that’s on the warpath. There are some really good interactions although it’s very difficult to see characters like Donna and Rachel get Litt up. But they’re big girls. They can handle it. We do have a few questions. How long will Louis have this chip on his shoulder? How long will he be able to take advantage of this leverage he has over the rest of the firm? And can he truly be happy with the way he became name partner? Can he truly be happy not being on friendly terms with Harvey, Mike and Jessica? Because the path he’s on right now is a lonely one.

Here’s what else USA Network has to say about the final six episodes of season four:

SUITS returns with the continuation of the dramatic fourth season on Wednesday, January 28, marking the directorial debut of star Gabriel Macht, with Adams going behind the lens for his directorial debut later this season.Â  Picking up moments after the stunning cliffhanger, Louis (Rick Hoffman) has gained the leverage needed to finally achieve his ultimate goalâ€” becoming a name partner of the firm. Meanwhile, the team at Pearson Specter is dealing with the major fallout of Louis learning Mikeâ€™s (SAGÂ® Award nominee Patrick J. Adams) secret. In the final six episodes of the season, Harvey (Gabriel Macht) and Jessica (Gina Torres) are faced with managing critical changes at the firm and defending one of their own. The series also stars Sarah Rafferty and Meghan Markle. Guest appearances this season include â€œPretty Little Liarsâ€ star Troian Bellisario, Billy Miller (â€œThe Young and the Restlessâ€) and Tricia Helfer (â€œBattlestar Galacticaâ€), as well as the return of Stephen Macht, Wendell Pierce, Neal McDonough, Eric Roberts and Zeljko Ivanek.

Gabriel Macht does a greatÂ job directing tonight’sÂ SuitsÂ which airs at 10/9c on USA Network. 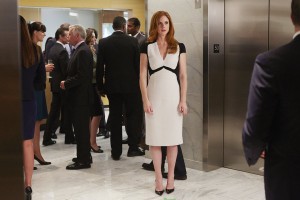 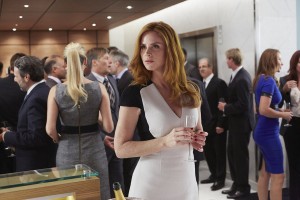 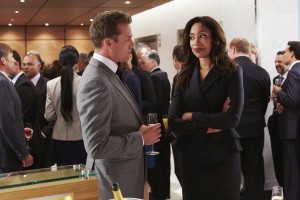 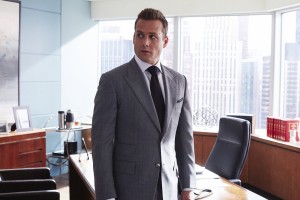 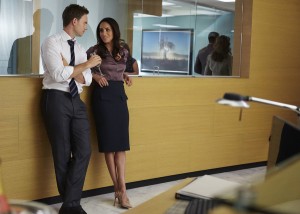 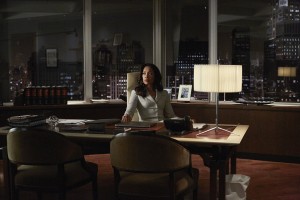 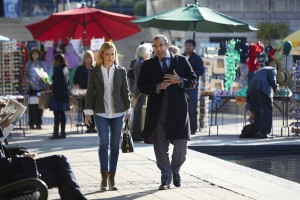 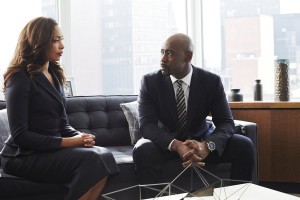