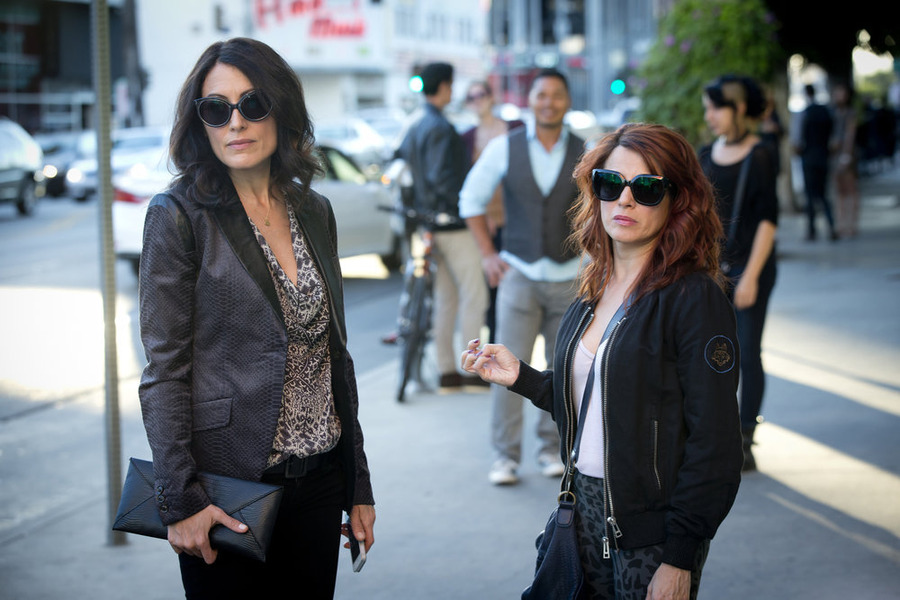 Girlfriends’ Guide to Divorce is all new tonight. It’s time for Abby to dive right back into her career. As you’ll find out, she has some serious incentive to focus on making money.

Synopsis for “Rule #32: F-You, Rob Frumpkis”:Â Abby (Lisa Edelstein) gets offered to write a Huffington Post article about her dating experiences as a divorced woman and must go on ten dates in two days. Joâ€™s (Alanna Ubach) daughter arrives from New York. Meanwhile, Delia (Necar Zadegan), fearful that her affair with Gordon Beech (Matthew Glave) will become public knowledge and get her disbarred, takes action against Courtney Beech (Virginia Williams).

-Good news: The dates allow her to tap into her adventurous side. Better news: Will is back, ladies. Will is back. Yes, Warren Christie once again guest stars.

-Jo remains the volatile woman that she is. She is able to channel anger like nobody’s business. And wouldn’t you know it, she’s also able to get Abby’s anger juices flowing like nobody’s business.
-We also meet Jo’sÂ daughter who is very un-Jo like.
-This is week one of Max and Ford’s new/old “open” arrangement. We can’t see this ending well.
-Heads up, Delia fans. The lady lawyer makes a badass move that really shows she’s someone you shouldn’t mess with…ever. But by the end of the episode, we see her experience an uncharacteristic vulnerable moment. Kudos to Necar Zadegan. She’s our MVP for this episode.
-The Will/Abby chemistry is still sizzling. Scorching, even.
-Phoebe’s going through some growing pains: A sneak peek:

-Phoebe’s quest to find a purpose leads her to a very interesting (and charitable) place. The question is: Can her life coach-imposedÂ “mancation” last?
-Aside from the fabulous Warren Christie, there are a few other notable guest stars. The Guest Star Goodness includes:

And finally, there’s one hitch in this excellent episode that we are anxious for everyone to see. We can’t wait to hear your thoughts on the matter.