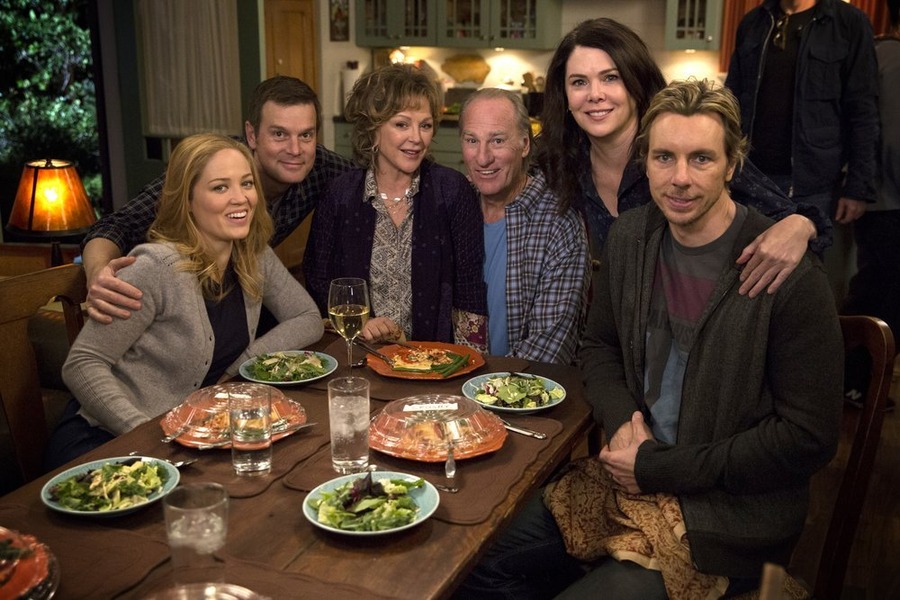 Iâ€™m at the point where simply seeing the opening credits of Parenthood is making me emotional. Oh, how I hate for this series to end! Itâ€™s bittersweet, though, because the way it is ending is being done with intention, and I think itâ€™s going to be satisfying for everyone.

Hereâ€™s a breakdown of what happens with the Braverman clan in â€œWe Made it Through the Nightâ€:

Of course, Iâ€™m starting with Julia and Joel. The two of them are back together (hooray!) but as we imagined, it isnâ€™t all sunshine and roses. These two still have a long way to go, and I appreciate that in this episode, we see them start working through it. The children are skeptical, and that makes sense. In fact, Iâ€™m glad thatâ€™s something else thatâ€™s shown here. Itâ€™s real, and Joel moving back home shouldnâ€™t be that easy.

They manage a compromise, which is to argue in the car. That puts the kids out of earshot and also leaves the negativity out from under their roof. It does seem like Julia could have cleaned out her underwear drawer, thoughâ€¦

Either way, I couldnâ€™t be happier that the two of them are back together just in time for the end of the series.

Speaking of couples, Iâ€™m also pretty thrilled about Sarah and Hank. Zeekâ€™s reaction to Sarah getting married is priceless. He barely chokes out that he canâ€™t wait to walk her down the aisle, and thatâ€™s exactly what Sarah wants. Thereâ€™s a strong sense of urgency in her mind, so she asks Hank if they can get married in a week. What better way to end the series than with a wedding? I canâ€™t wait.

But the most important part of â€œWe Made it Through the Night?” A brand new, tiny Braverman.

In the beginning of the episode, Amber thinks she is in labor, and Sarah sits in the back of the car with her while Hank drives to the hospital like a maniac. Itâ€™s insane and perfect, especially since nearly the entire family shows up only to find out that itâ€™s a false alarm. No baby. Just gas.

How many times has the entire Braverman clan found themselves in the hospital this season? Geesh. This family has been through a lot, and these kinds of scenes have become iconic. Everyone talking over one another and the various forms of panic and distraction that take place are exactly what youâ€™d expect in real life. So much so, that I find it hard to watch at times.

When the moment actually happens, Amber is alone. She calls her mom, and thatâ€™s the only person she wants there. But what about Drew? If I have a complaint about this season, itâ€™s the way key characters have been absent at times when they probably shouldnâ€™t be. Still, the scene is beautiful and emotional, and it even looks authentic â€“ which so many shows donâ€™t manage to do in birthing scenes.

As an extra special touch, the baby is a boy, and Amber names him Zeek. We may not be there when Zeek dies, but this is a circle of life kind of moment that puts a capstone on the series. As one family member is on his way out, another comes into the world. And theyâ€™ll even share a name.

Hallmark Hall of Fame's Away & Back Preview [VIDEO and PHOTOS]