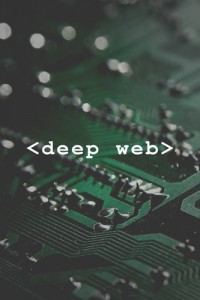 What is the deep web? How can you get on the dark net? Have you ever used cryptocurrency to purchase anything online?

Deep Web chronicles one ofÂ the most important and riveting digital crime sagas of the century — the October 2013 arrest of Ross William Ulbricht — and will feature exclusive interviews with the Ulbricht family including Ross’ parents Lyn and Kirk Ulbricht, who have become public advocates for digital rights and due process. Ulbricht, the 30-year-old entrepreneur alleged to be â€œDread Pirate Robertsâ€ — founder of Silk Road, the notorious online black market best known for drug trafficking, is currently on trial in New York. Deep Web explores the inside story of the investigation and unveils how the brightest minds and thought leaders behind the Deep Web and Bitcoin are now caught in the crosshairs of the battle for control of a future inextricably linked to technology. The film also brings into question an individualâ€™s rights to Internet Freedom.

Deep Web tells the behind-the-scenes story of the un-indexed, often intentionally hidden content that accounts for at least 96% of the World Wide Web, focusing on digital currency Bitcoin and online black market Silk Road. Central to the film are looks at the rise of Bitcoin, the fastest growing currency in the world, which is not controlled by any government, regulating body or financial institution, and the arrest of Ross William Ubricht, the entrepreneur who is alleged to be “Dread Pirate Roberts.” Deep Web will feature exclusive interviews with the chief architects of both the Silk Road and the new black markets, as well as exclusive interviews with Lyn Ulbricht, in her first public statements on her son’s arrest and Joshua Dratel, Ubricht ‘s defense attorney. Other interviewees include Gavin Andresen, chief scientist at the Bitcoin Foundation; and Andrew Lewman, the Executive Director of Tor, a suite of tools that allows users to access content on the internet anonymously.

Deep Web: The Untold Story of Bitcoin and Silk Road premieres in Spring 2015 on EPIX.

Parenthood Preview: "We Made It Through the Night"

Arrow Preview: “My Name is the Green Arrow”