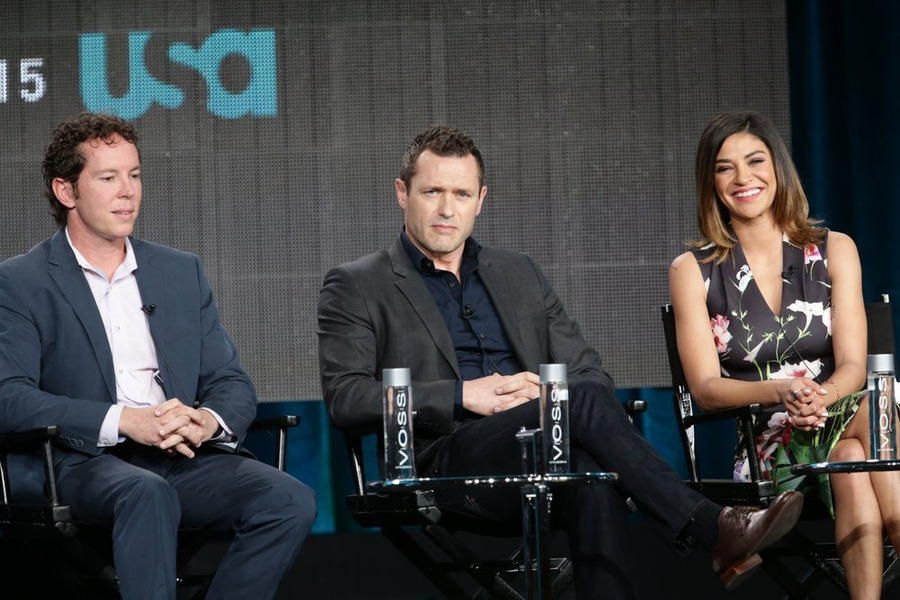 This summer USA Network rolls out a new series aboutÂ a troubled doctor and the incident that changes his life forever. And it’s aptly titled, Complications.

ComplicationsÂ centers on a disillusioned ER doctor who, while still dealing with the emotional effects of his daughterâ€™s death, unexpectedly becomes a vigilante hero when he intervenes in a drive-by shooting to save a young boyâ€™s life. When he learns the boy is still marked for death, he finds himself compelled to save him at any cost. Through this journey, he must compromise his morals, often doing the wrong thing for all the right reasons.

The actors and the executive producerÂ recently attended the Winter 2015 TCA to introduce Complications to introduce the show to the press.

Matt Nix:Â “I think that to a large degree, this is an exploration of the nature of what it is to be a hero. I worked on a show for some time where there was a fair amount of closed-ended heroism, where things resolved and that was that. And I’m very proud that show, but this show is not that. This show is really about [how] John Ellison engages with the situation. He may do something heroic, but there are ramifications of every action.”

Jessica Szohr on the dark tone of the show

Jessica Szohr: “There is a silver lining in all these situations that Jason and I are in with our characters. With the background of my character…she had a really rough upbringing, and she is street smart and she’s tough. She has a respect for John (Ellison), and we need each other, and as much as he gets under Gretchen’s skin sometimes because he needs everything planned out, and I’m just like, ‘We just have to get this done now,’ it’s not so much that it’s dark. We really are trying to do the best thing in these situations, and a lot of times we’re doing it the wrong way. Most of the things we do we could end up in jail, but we’re doing it to help someone and make someone else’s life better.”

Jason O’Mara on the motivations of his character

Jason O’Mara: “I’m playing a character, when we first meet him, we discover that he’s just recovering from a very serious, recent loss in his family. They’ve lost their daughter to leukemia. And as a doctor, he was unable to intervene, and he was unable to change that. He was unable to prevent it from happening. And a lot of people would tell you a lot of ER doctors are control freaks, but I think in this particular case, as a father and the fact that he’s a doctor, that he wasn’t able to prevent that from happening was a real sense of pain for him. And I think that grief and anger somehow drove the subconscious decision to intervene in this drive-by shooting and to try to save this young boy, Antoine’s life, that somehow if he’s able to do that, it will heal the pain of this other thing.”

USA Network’s Complications is headed your way this summer.

Fall TV Crush: The Guys of The CW’s Ringer