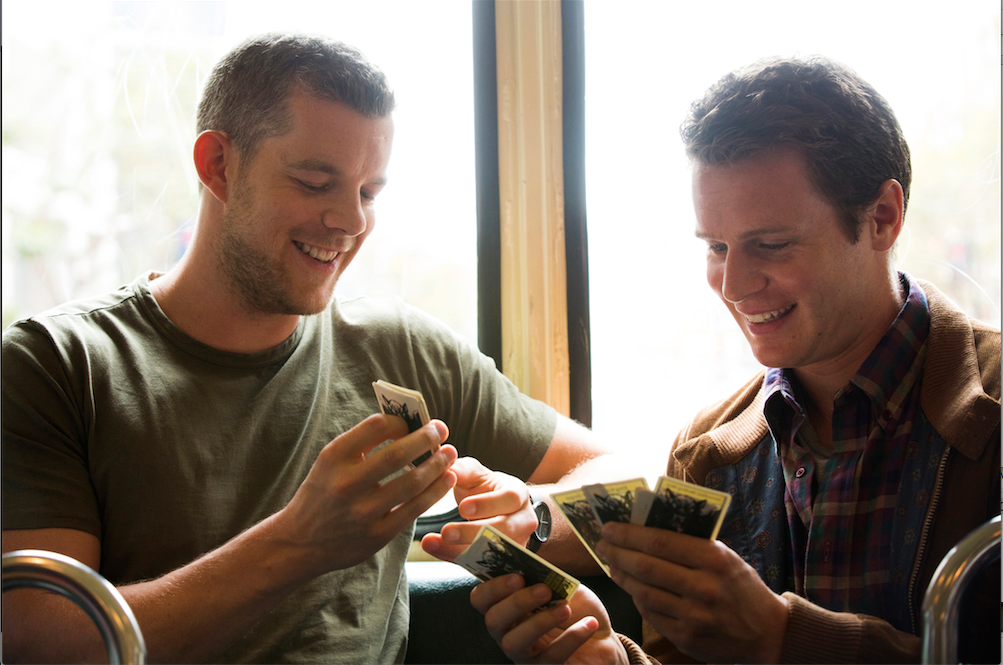 On HBO’s Looking, Patrick is involved with his very taken boss. Let the angst and paranoia begin.

Synopsis for “Looking for Results”: After reminiscing over their childhood obsessions, Patrick and Kevin (Russell Tovey) decide to develop a gay game app on the side, but Patrick soon descends into a panic spiral when he discovers a small rash. Dom scopes out a location in the Tenderloin for a peri peri chicken take-out window; Doris (Lauren Weedman) is chatted up by a cute political aide; and AgustÃ­n makes plans to meet up with Eddie (Daniel Franzese), the â€œbearâ€ he met at Russian River, but gets sidetracked by an old co-worker.