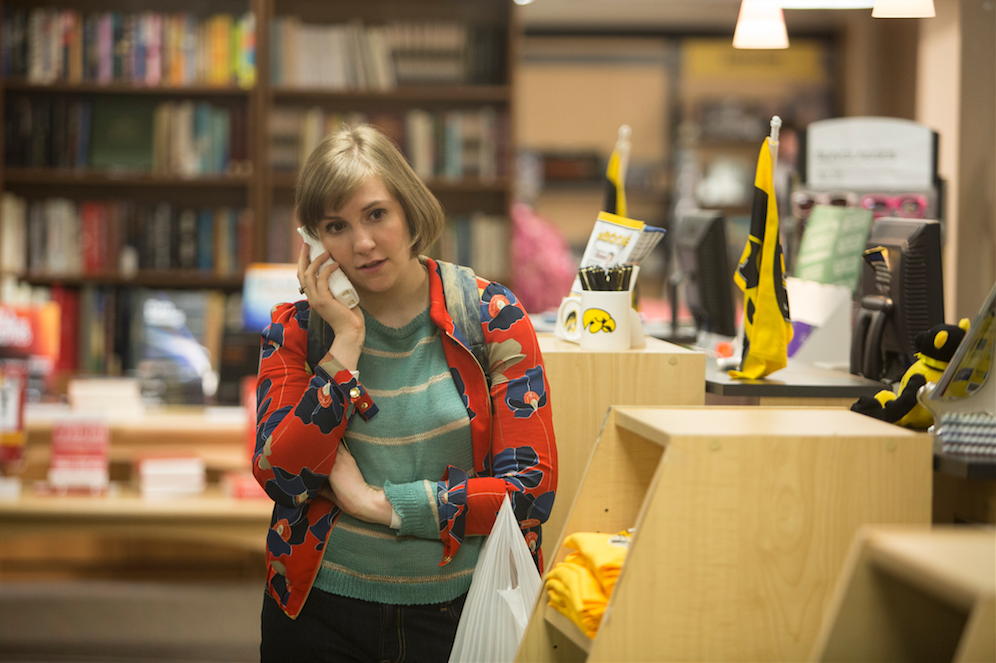 After saying goodbye to Adam, her friends and New York City, Hannah begins the next chapter of her life in Sunday’s episode of HBO’s Girls.

Synopsis for “Triggering”:Â In her first days as a grad student, Hannah discovers she can get more for her money, rent-wise, in Iowa. Later, during a video chat, she slyly prods Marnie for intel about Adam. At her first seminar, Hannah warns her fellow workshop writers that her piece might trigger some intense emotions â€“ but doesnâ€™t get the feedback she had hoped for.

For the second week in a row, Dunham does triple duty. SheÂ not only stars in the episode; she co-wrote and directed it, too. A lot of times when the lead actor directs an episode of their own show, their on camera time gets scaled back. That’s not the case here. Dunham is basically in every single scene since the entire half hour pretty much takes place in Iowa and focuses on Hannah’s grad school pursuits.

Expect Hannah’s Iowa existence to be awkward, annoying, funny, dramatic and relatable. It’s always going to take her time to adapt to a situation. That’s just the way she is. “Triggering” shows us how she goes about doing that. We see herÂ attend class, meet/piss off new people, and deal with things she didn’t have to deal with in New York. And she has to do it without her friends being right there to motivate her or hinder her, whatever the case may be. She’s going to have to stand on her own. Or willÂ she…

Not sure how long it’s going to last, but Elijah (Andrew Rannells) heads for greener pastures and graces Hannah and Iowa with his perfectly coiffed presence. All we’ll say isÂ by the time he gets there, our favoriteÂ grad student’s very glad to see him.

The fourth season of Girls airs Sundays at 9/8c on HBO.