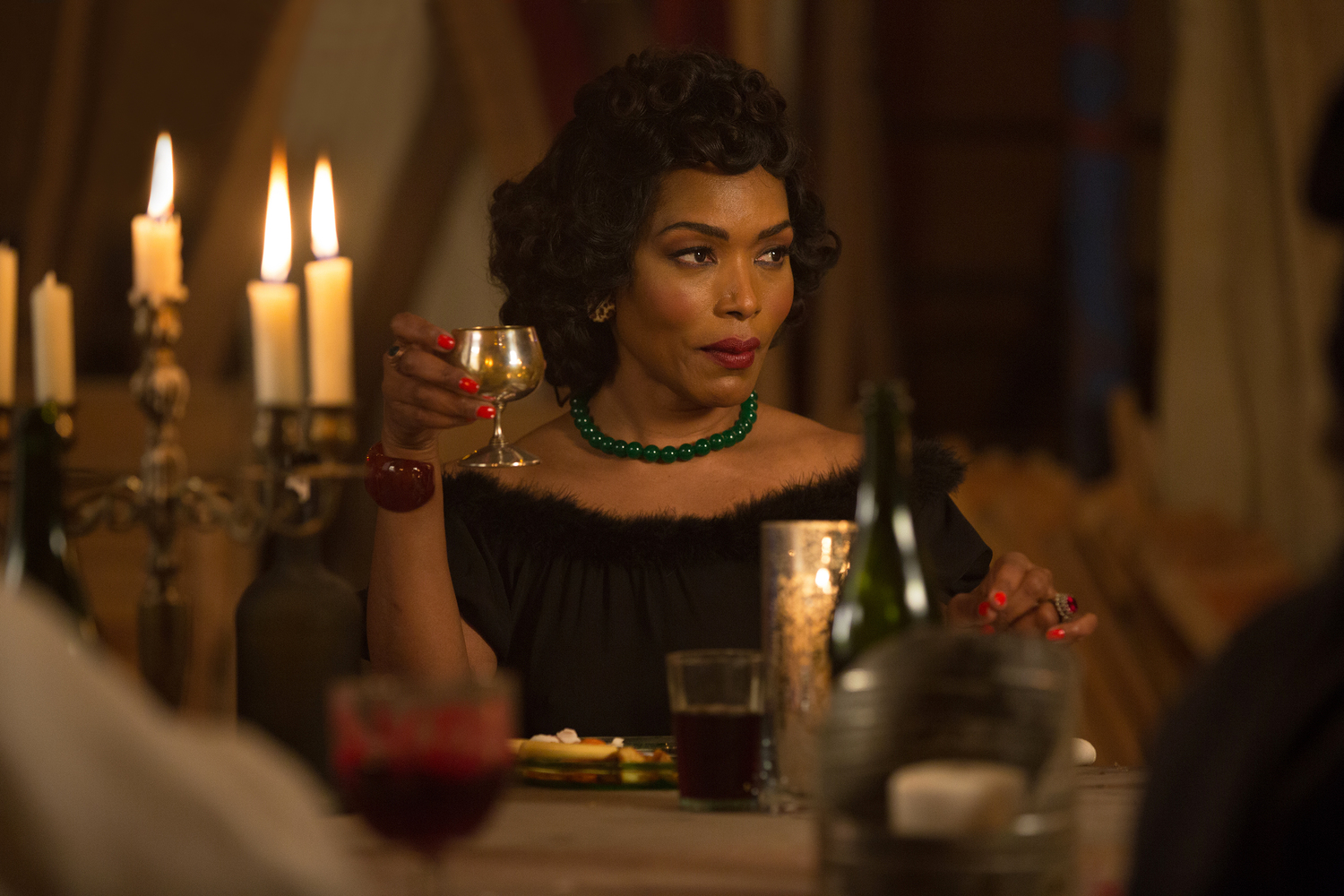 With one episode left in American Horror Story: Freak Show, I’m not sure who’s going to make it out of FrÃ¤ulein Elsa’s Cabinet of Curiosities alive. The body count rose again in the penultimate episode “Show Stoppers,” but did this, or any other death, really matter?

The episode started off strong by having the freaks avenge Ma Petite (and Jimmy’s hands, I guess) by going after Stanley with an array of pointy/sharp objects. It was about time Stanley got his comeuppance, but it felt rushed. I feel like the majority of the season has been taking its sweet time getting to this point. Since the finale will clearly focus on Dandy, the writers needed to finish the Stanley/Maggie storyline. I just wish there had been more meaning to it all.

The saving grace of Stanley’s fate is that it openly referenced Freaks, and gave Stanley a fate worse than death. If you want to see just how accurately Stanley’s forced deformity closely matched the film, take a look below:

Jimmy lost his friends, his mom, his hands and now his dad. It’s understandable he wouldn’t forgive Maggie for her deceitfulness, but it did feel like he flipped the switch rather too quickly for my liking. Unfortunately, her desire to be accepted by everyone led to her death. Earlier, Dandy provided the Tattler twins with a folder containing Chester’s psycho past. The girls told Chester they no longer wanted to be his assistants. No problem, because Maggie was glad to fill in. Yeah…this was the worst decision she could have possibly made.

Chester, in his manic state, cuffed Maggie’s ankles together and sawed her in half. In half! It’s a cruel full circle situation considering Dandy almost sawed her in half when she and Jimmy were captured in the woods. My biggest issue with herÂ death was everyone’s reaction to it. Desiree said she had it coming and they should just steal her jewelry and bury her. No emotion. Even Jimmy shows little feeling when he hears the news. Trust me, I’m not the biggest fan of Maggie, but death should mean something.

This was my biggest issue with last season. Characters would die every week and then be brought back to life. Death meant nothing. There was no finality in death. This season we have the opposite problem. When people die they stay dead, but their death doesn’t seem to matter much. I’m not saying that every death has to mean something important because that’s not how things are in real life. However, this is a TV series and we need more fallout from a character’s death.

Just as quickly as Maggie died, the freaks decided to turn against Elsa. These freaks turn on people quicker than they can down a bottle of gin. Thankfully, Elsa had already brought her old “friend” Massimo to give Jimmy new hands. Here we learned more about Elsa’s backstory and the show made a major connection to AHS: Asylum. We learned that Hans Gruper (aka Dr. Arden), was the one behind her mutilation during the snuff film. Massimo was in love with Elsa and tried to avenge her, but Hans got away (and changed his name!).Â Again, does this connection to Season 2 mean anything? Maybe. Probably not. Until Ryan Murphy reveals the overall master plan of the series, I’m just going to assume he felt the need to connect each season after deciding to bring the character PepperÂ back.

So where did we leave everyone at the end: Massimo made Jimmy prothetic “lobster” hands. Chester turned himself into the police for stabbing Marjorie and will now probably be sent to the nuthouse. The Tattler twins warned Elsa of the freaks’ murderous plans for her just in time. Sadly for everyone, she met with Dandy before skipping town and sold him the freak show. Great…

– What will Dandy do now that he is in charge of the freak show and the Tattler twins?

– Is Jimmy finally comfortable with his status as freak now that he chose to keep lobster hands?

– Will Elsa make it to Hollywood unscathed?

Hopes for the Finale

– Give Jimmy a happy ending.

– Have Dandy die in an over-the-top, dramatic fashion. It’s how he would want it!

– Give us a solid hint at where Season 5 will take place.

True Detective “Who Goes There”