We kind of forgot how awesome Hayley Atwell‘s Agent Peggy Carter is. We haven’t seen the first Captain America film in ages, but we were excited about this series the moment it was announced. Watching last week’s series premiere was exciting on quite a few levels. It reminded us just how much we loved Peggy from the film(s), and now we get to see so much more. With Captain America lost to her, Peggy has to go back to her real life — a life that includes constant danger, certain death for people close to her, a hostile work environment and a world that won’t let Peggy be open about all she has to offer. Despite (and maybe, in part, because of) all that, Peggy manages to find a way to covertly do what she thinks her job at the SSR should be.

While her male counterparts want nothing from her but a cup of coffee and someone to do their filing, Peggy finds a way to be part of the team. Of course, she seems to be at odds with the SSR right now. They’re on the hunt for Dominic Cooper‘s Howard Stark, who they believe has sold his dangerous inventions to the highest bidder. But Peggy’s secretly working with Stark to help clear his name — and always one step ahead of her colleagues at the SSR. She’s reluctantly enlisted the help of Stark’s butler Jarvis, but it’s clear he’s keeping something from her. Will she learn what Stark’s really been up to before she’s branded a traitor?

“Time and Tide”Â synopsis, from ABC:

As Agent Carter closes in on Howard Starkâ€™s stolen technology, Peggyâ€™s secret mission could unravel when the SSR arrests Jarvis and a secret is revealed. 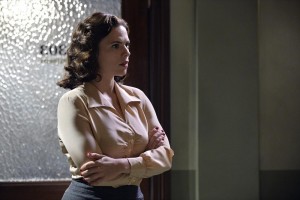 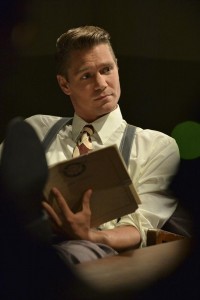 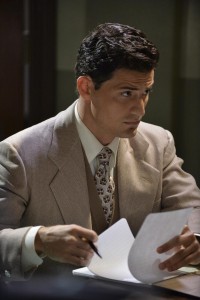 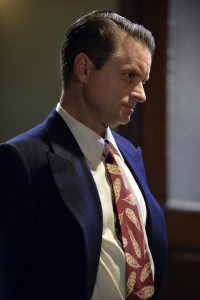 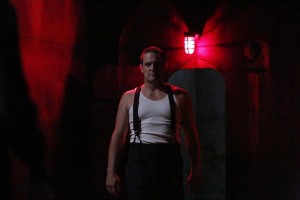 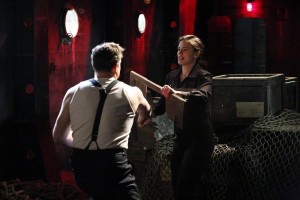