Parenthood “How Did We Get Here” 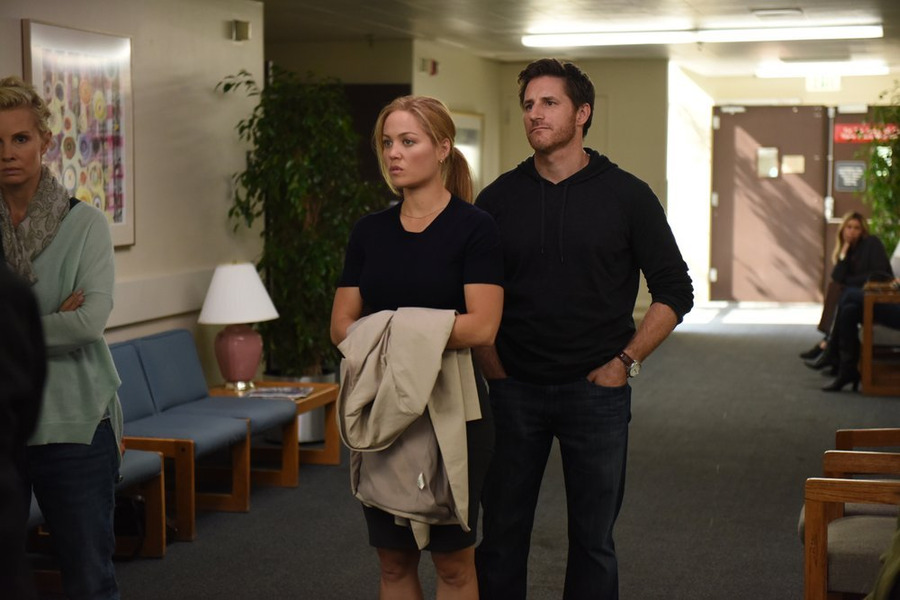 The 100th episode of Parenthood has left many of the Bravermans with important, life-altering decisions to make.

When we left off at the mid-season finale, Zeek was having a heart-attack. â€œHow Did We Get Hereâ€ begins with a montage of the kids getting the news. Instead of dialogue, music plays over them as they answer their phones and rush to the hospital.

I was in tears in the first two minutes.

Hereâ€™s the good news. When Julia gets the call, sheâ€™s in bed with Joel! There may be hope for them yet, kids. Gosh, I hope so.

The look on Juliaâ€™s face when Joel arrives to the hospital with coffee â€” I mean, come on! She completely lights up when he arrives. Sarah and Amber notice this too, and you can see them looking hopeful while Julia and Joel talk.

Joel shows that heâ€™s willing to stick by the family no matter what, and Julia finally seems to be receptive. To me, the defining moment is when they go in to see Zeek, but the nurse stops them and says only family are allowed. Without a moment of hesitation, Julia says, â€œHeâ€™s my husband.â€

Of course, this doesnâ€™t mean itâ€™s a simple decision. They still have a lot to work through, and they have their kids to consider. With only three episodes left, though, I think things are looking good.

Hank tries so hard to help when he finds out Zeek is in the hospital. By the way, he has to call Sarah to find out where the heck she is, since she didnâ€™t wake him when she got the news about her father. That worries me, and itâ€™s a little insulting to Hank. Maybe a lot insulting. Still, he wants to help, so Sarah asks him to pick up Drew.

Drew is probably the most heartbreaking in this episode, because the last time he saw his grandpa, he betrayed his trust. Now, heâ€™s worried thatâ€™s the last memory Zeek will have of him. In tears, he tries to get to the hospital, but his car wonâ€™t start. Itâ€™s painfully ironic, since this is the car he and Zeek worked on together.

The bonding between Drew and Hank is one of my favorite things about this episode. They both manage to open up to each other, and Drew even tells Hank he likes him the best. Granted, thatâ€™s the best of all the â€œlosersâ€ he says his mom has brought around, but still.

Amidst the chaos of the hospital, and with sirens in the background, Hank blurts out a proposal to Sarah (while she simultaneously blurts out that they should probably all become vegetarians). The look on her face suggests shock, happiness, and uncertainty. Unfortunately, she doesnâ€™t give him an answer. Well, thatâ€™s not a no, at least, but I wish it would have been a resounding yes. Maybe weâ€™ll see a wedding before the series is over?

If things havenâ€™t been chaotic enough, while everyone waits on news about Zeek, Adam gets a phone call from the security company that an alarm has gone off at the Luncheonnette. Itâ€™s not until the next morning and Adam and Crosby see that their business has been completely destroyed. The Luncheonnette is ransacked, and everything of value is gone. It seems like an ending for the dream that the two brothers created together. The break-in is devastating in terms of money, yes, but it also feels personal. This place has always been about more than money for them.

So of course, when the insurance company gives good news and Adam suggests they cash out and keep a profit, Crosby is hesitant. Itâ€™s a practical choice, sure, but after all that theyâ€™ve been through, to give it up would be tragic. What it comes down to is that Adam wants to dissolve the business, but Crosby wants to keep fighting for it. Well, they have three episodes to make a decision.

The biggest decision for the family comes down to Zeek. Heâ€™s made it through another tough battle, but the doctor tells him his heart isnâ€™t strong enough. Zeek will have to consider more surgery, which he may not be able to handle, or to just do nothing and take the risks. In many ways, this is harder than if he hadnâ€™t made it through surgery.

Amberâ€™s baby shower feels like a perfect ending to the series. One of the Parenthood kids will now become a parent herself, and all the moms gather around to give advice and share stories. Thereâ€™s just one problem: Haddie is missing. I might be able to accept the fact that she hadnâ€™t made it out to see her grandpa in time, but Amberâ€™s baby shower was already planned. Regardless, the baby shower is a rite of passage, and itâ€™s beautiful.

The farewell season of NBC’s Parenthood airs Thursdays at 10/9c.

The Americans “The Oath”

Moira Doesn’t Back Down, Arrow “The Scientist”