Girlfriends’ Guide to Divorce Preview: “Rule #33: When in Doubt, Run Away” 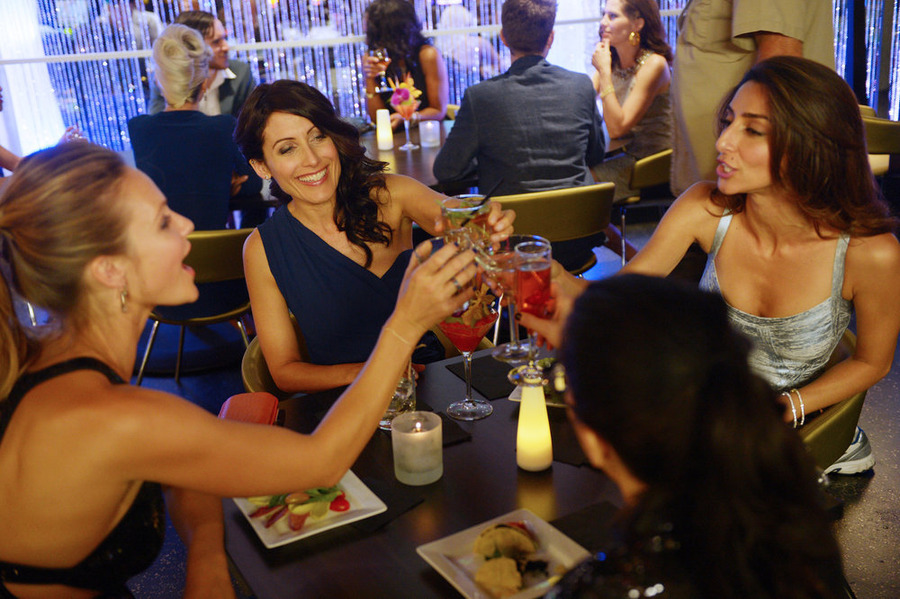 If you thought last week’s Girlfriends’ Guide to Divorce was good, wait until you get a load of tonight’s episode. ThereÂ areÂ “highs” and lows for each character. They all have theirÂ own arcs. And they all kind of take their turns in the spotlight. Even Delia. Get ready for some pretty shocking moments. This one’s an episode not to be missed.

Synopsis for “When in Doubt, Run Away”:Â AÂ photoÂ shoot for Phoebe’s (Beau Garrett) Infant Fabuleax jewelry line takes theÂ ladies on a trip to Vegas. Abby (Lisa Edelstein) is cleansing and isÂ determined to work on her next book. Lyla (Janeane Garofalo) awaits theÂ recommendation of the caseworker in her custody battle. Meanwhile, JakeÂ (Paul Adelstein) goes to a shamanistic retreat with his girlfriend BeccaÂ (Julianna Guill).

Abby is on an emotional rollercoaster that being on aÂ cleanse does not help. At all.Â A lot of her focus is on Cleo Stevens, that hack mommy blogger/ “Back Burner Baby” author that is making Abby’s life a bit hellish right now. Can she overcome her foul mood and turn her Vegas trip around? Things start to look up when she meets a guy. Of course, there’s a twist. This sneak peek featuresÂ the episode’s Guest Star Goodness #1: Victor Webster.

Bravo Sneak Peek 1: Did Abby pick up a prostitute?

Where have you seen Victor Webster before? Let us count the ways. Back in the day, he was Nicholas Alamain on Days of our Lives. He starred in the syndicated superhuman series, Mutant X; he was Beckett’s doctor boyfriend on a few episodes of ABC’s Castle; and he’s currently on the Canadian/Syfy series, Continuum, a great show we just learned is going into its final season. We love Webster in “When in Doubt, Run Away.” As usual, GG2D star Lisa Edelstein shares lots of chemistry with the actor. We think the ability to have chemistry with everyone is her superpower.

Our Guest Star Goodness #2 can be seen in the clip below. Christopher Heyerdahl usually plays extremely villainous villains.Â In the latest Girlfriend’s Guide, we see him in a whole new way. We’re not going to say his character’s a complete nice guy. But he is a new age-y kind of guy. That’s different for him.

Heyerdahl can be seen in the Twilight movies, the short-lived Syfy series, Sanctuary, AMC’sÂ Hell on Wheels, HBO’sÂ True Blood and FOX’sÂ Gotham. But we’re not going to lie. We love him most for memorably playing the evil demon Alastair on the CW’s Supernatural. Heyerdahl’s always awesome.

So much happens in “Rule #33: When in Doubt, Run Away” and we don’t want to spoil too much. Just know that there’s lots of drama, drinking, yelling, cleansing, crying, gambling and…we’ll just end things there. But we’ll check back in with youÂ after the episode’s over. Because what goes on in Vegas, is definitely not going to stay in Vegas.

Girlfriends’ Guide to Divorce airs tonight at 10/9c on Bravo. 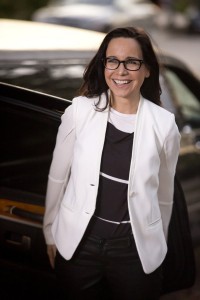 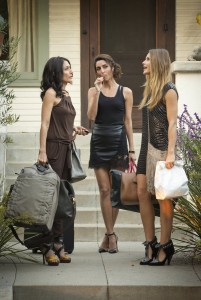 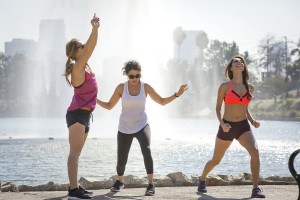 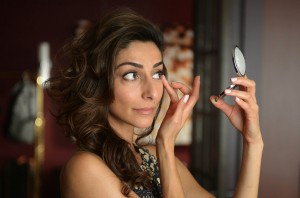 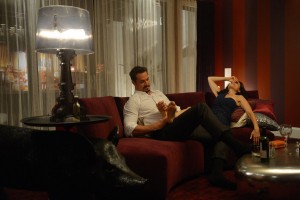 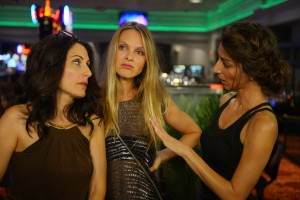 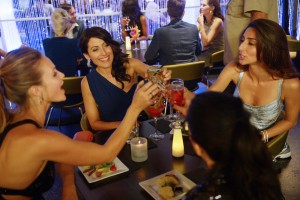